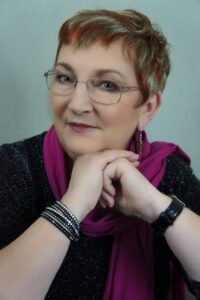 English indie author Elizabeth Ducie shares her feelings on being excluded as an Amazon reviewer Elizand on having her reviews of books summarily removed without explanation or justification.

(Plot spoiler alert: her reviews reappeared eventually, and she can also now post new reviews, but only after a worrying time that made her reflect on a sometimes uncomfortable relationship between the online retail giant and indie authors so important for its business model – as are they for ours.)

I’m sure I’m not the only writer whose relationship with Amazon is somewhat ambivalent. It provides a quick, easy self-publishing service with no up-front charges. But it is a huge corporation that works in mysterious ways and doesn’t always listen to its customers. Whether to keep my books within KDP Select, or to ‘go wide’ is a constant dilemma.

However, as a reader, it’s different. Whatever we may feel about the importance of bricks-and-mortar bookstores, for most of us, Amazon is a big part of our buying and reading experience.

My Reviews as a Reader

In 2015, I pledged to review every book I completed. With 199 reviews on my account, I was ranked at #12,684. I have no idea whether that’s good or not, but when most Amazon numbers run into the millions, it seemed pretty good to me.

So, when I was locked out of the system recently, due to ‘perceived bias’, I was devastated. And when I found my earlier reviews had gone missing, it was even worse.

I’d recently seen a Facebook thread from someone who’d lost all of her thousands of reviews. I went looking for her and found a growing group of ‘victims’, a mix of authors, reporting losses of ones and twos, and reviewers reporting complete losses.

After some fruitless searching for a link to Amazon Customer Services, I gave up and composed a polite, even grovelling, email to Jeff Bezos. It made me feel better, although I didn’t have too much confidence it would elicit a response.

For the next four days, I behaved like a naughty schoolgirl. Usually ones of the goody-goodies, I was now part of the cool gang:

I was fully expecting my exclusion to be confirmed and converted to full expulsion.

However I suddenly got messages from a couple of contacts, saying my reviews had reappeared. This was closely followed confirmation from the Product Review Abuse Team, saying they were restoring my reviews and reviewing rights. They apologised for the inconvenience and thanked me for my understanding.

And I'm Back in the Room…

So, I am now back in the system. I’ve not posted anything yet, as I’m nervous about triggering again whatever it was that threw me out. I have no idea what that was, and probably never will.

I am an author, but I have two Amazon accounts; one for writing and one for reading. I was on holiday at the time, so my review rate had gone up from weekly to daily. Many of my purchases are made through the Prime account, which is not in my name, so they don’t show as verified. And I rarely post a poor review, since if a book doesn’t warrant at least three stars, I don’t finish finish or review it. I am not biased in my reviews and frequently give friends fewer than the five stars one might expect from a biased reviewer.

Being excluded felt very uncomfortable. My husband couldn’t understand why I worried about losing reviews for other people’s books.

And, yes, it’s hard to explain. I felt insulted, and unfairly treated. It’s good to be back in the fold. Although I’m hoping some of the cool gang will still be my friends.

#Indieauthors as readers - case study by @ElizabethDucie of her reaction when Amazon removed her reviews & blocked her from reviewing - and how it was resolved. #giveourreviewsback Click To Tweet

10 Myths and Misunderstandings about Amazon

Opinion: Why I'm Glad I Went to the Amazon Marketing Academy