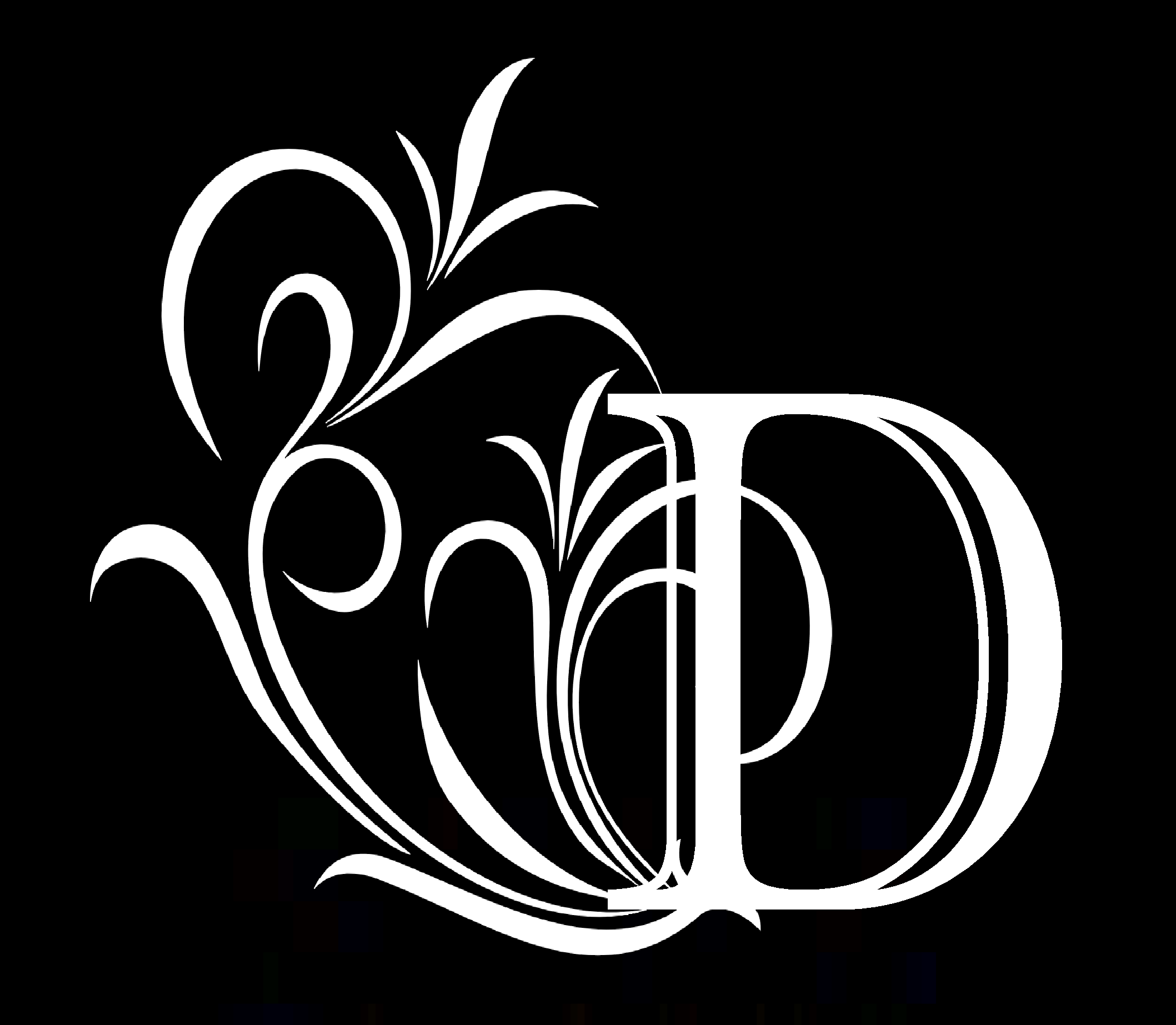 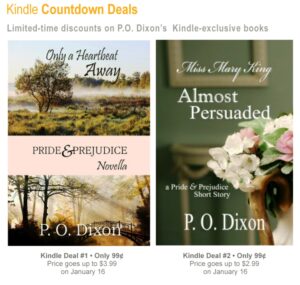 The initial KDP Select enrolment period had ended for my e-book, Only a Heartbeat Away, and I was preparing it for distribution on Smashwords, Nook, and Kobo when I learned about Amazon’s Kindle Countdown program. What an intriguing prospect – a new KDP Select feature that allows one to retain existing royalty rates of up to 70% on limited-time discounted prices, with the benefit of additional visibility afforded to Countdown deals.

Taking advantage of the Countdown feature eliminates the option of giving away free ebooks during the 90-day enrolment period. That was hardly a disadvantage for me. I would much rather sell my books than give them away. I immediately enrolled the novella Only a Heartbeat Away again and added another of my titles, the short story Almost Persuaded.

Now, I simply needed to devise a promotional strategy to take advantage of this new KDP Select feature. I supposed additional Amazon exposure would result from an active Countdown promotion, but I had no way of knowing the extent of the added exposure. Over the next few weeks, I took advantage of other authors’ Countdown campaigns, but in every case I discovered them because the titles were already on my wish list.

Given the reason I enrolled in KDP Select was to employ the Countdown option, it was important for me not to leave my possibility for success to chance. I have lowered e-book prices to $0.99 before with the intention of enhancing the titles’ discoverability, but only when done in conjunction with two BookBub promotions did I achieve tangible results. In both instances, the titles reached #1 bestseller in their categories and earned greater than 65% return on investment. Not all my titles are candidates for BookBub selection. I needed to implement a low-cost $0.99 promotional strategy that would yield a well-documented repeatable process that I could employ time and again.

KDP Countdown parameters are rather specific. My first lesson learned – read the fine print. Countdown deals are allowed only in the US and the UK marketplaces. An enrolled ebook is allowed one promotion per marketplace per 90-day enrolment period, which can last up to seven days. I missed the opportunity to offer the Countdown deal in the UK, my books’ second-largest market, because I wasn’t aware that I could select both marketplaces. Another important lesson was the requirement that the promotion must be scheduled to end at least 14 days before the end of the KDP Select enrolment period. Fortunately, I entered my planned Countdown dates on KDP Select far enough in advance to adjust my original target.

Having taken the first step of scheduling my Countdown deals to run concurrently, thus initiating the project, and having identified my goal of creating a repeatable process for an effective $0.99 promotional campaign, the next steps were kicking off planning and preparation activities:

This is where the excitement began! I eagerly engaged with readers each day of the promotion, especially on Facebook. Aside from searching for evidence that my titles were getting an added boost from Amazon’s Countdown programme, I periodically captured each book’s rankings. Overall, I was pleased with the results:

Only a Heartbeat Away ranked #7 bestseller in its category by Day #2 of the campaign and ultimately #5. (It was at #35 day before the start of the campaign). 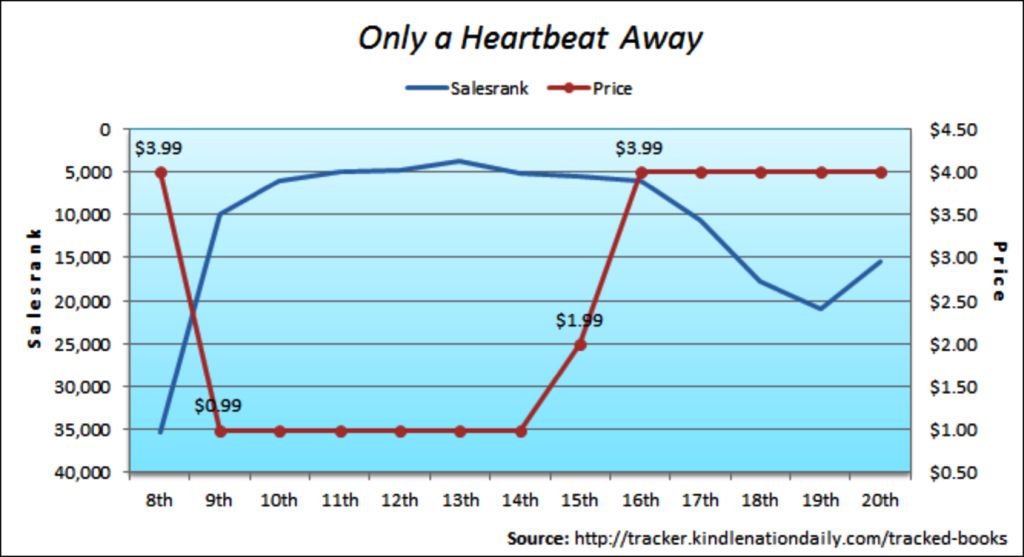 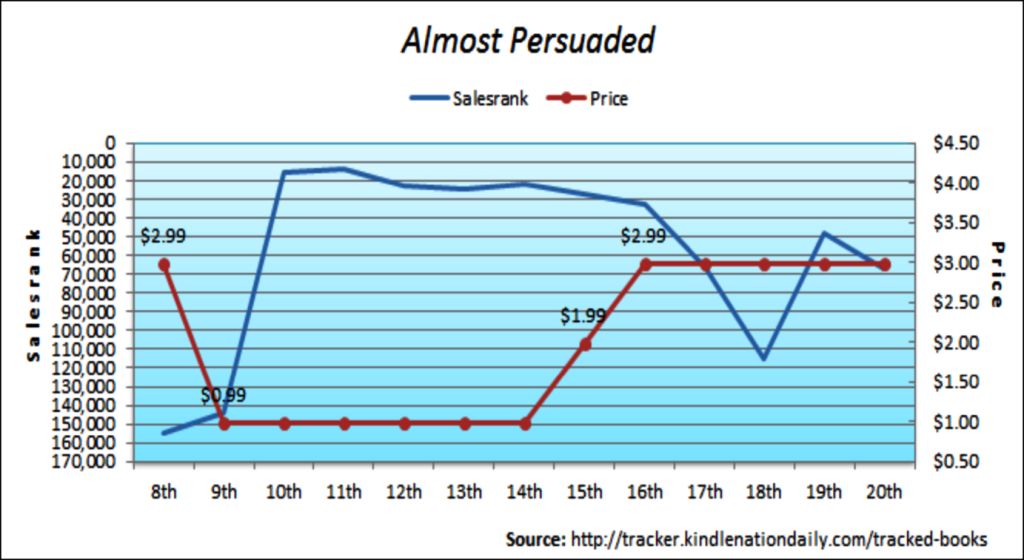 Though the number of copies sold during my Countdown campaign paled in comparison to my paid BookBub promotions, I met my objectives. Sales were 10 times and 7 times what they were the prior week for Only a Heartbeat Away and Almost Persuaded, respectively. Each book’s overall ranking improved, and the return on investment was astronomical given that I invested minimal funds in the campaign. I implemented and documented a strategy that will work well for me. Most important of all, I had fun.

P O Dixon is a writer as well as an entertainer. Historical England and its days of yore fascinate her. She, in particular, loves the Regency period with its strict mores and oh so proper decorum. Her ardent appreciation of Jane Austen's timeless works set her on the writer's journey. Dixon delights in weaving diverting tales of gallant gentlemen on horseback and the women they love. Visit podixon.com to find out more about Dixon's writing endeavors.

Here's an interesting debate to start the weekend! Should indie authors dispense with the weighty…

How to Create a Pop-Up Bookstore

Catriona Troth, novelist and member of the influential Triskele Books collective, explains how to reach…

Orna Ross and Tim Lewis discuss the challenges and delights of self-editing for author-publishers. Every…