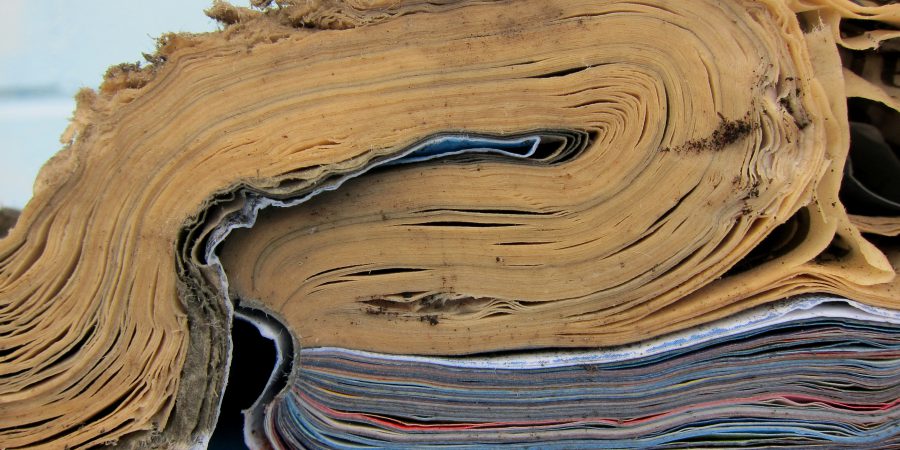 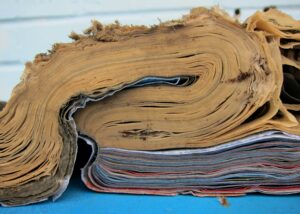 Paperback books were developed as an affordable alternative to hardbacks, democratising book ownership. These days ebooks usually offer a cheaper alternative to print. But are production standards of trade paperbacks falling as publishers aim to optimise their profit margins?

On ALLi's closed Facebook group, visible to members only, there was a lively discussion of the state of the print book trade and the shape of paperbacks to come. With the permission of those who took part, here are some of their key observations.

I much prefer paperback books, but like many have been tempted to buy ebooks because they're cheaper and so I can afford to read more books. However, recently, I came to the decision I would rather have paperback books even if meant paying a bit more. I've ordered three books in the last month that had varying degrees of quality but I was very disappointed with the latest one: the exterior is okay but it doesn't have the lovely waxy feel of either my Ingrams or CreateS pace books and the interior paper is cheap and nasty.

Now I know it's the words that matter, but somehow it already seems to have tainted my reading experience. I expected a better “product”. The paperback copy was very cheap, so I guess one could say the price reflects the production quality, but I was expecting the mass production of this novel to have lowered the cost, rather than the publishers skimping on the quality. But I suppose it's a combination of both. So this leads to several observations:

b) Are traditional publishers shooting themselves in the foot by lowering paperback standards and prices to encourage sales and *inadvertently* discouraging paperback readers in the future (since they are usually people who waffle on about the touch and feel of a book?)

c) Is this a deliberate manoeuvre by trads to encourage ebook sales in the future where there is more profit margin?

d) Am I reading too much into it? (Probably!)

e) I am very happy I self-published and produced a book which is, in my opinion, lovely to look at, hold and feel

f) Yes, I do know that ultimately it is all about reaching readers and I wonder whether when the authors of these mass-produced books pick up their paperbacks, their hearts sink a little.

Conversely, I always found the trend in increasing paperback prices and quality a puzzling one. Paperbacks are supposed to be cheap and poor quality. It's their sole raison-d'être. You want a nice book, you pay for a hardcover. Paper books must compete with ebooks either on price, or on quality, they can't win on both.

Lucy McCarraher, who is both a writer and publisher, added:

When traditional publishers mass produce, quality is often lowered. This makes it annoying when people complain about self-published books not being high quality.

I don't see why paperbacks should be cheap and poor quality – but I suppose it depends on what degree of quality constitutes the description “poor”. I have plenty of paperbacks that say it can be done well enough to make me feel happy with the end product. I'm not that keen on hardbacks – too big for me; I like a nicely-produced paperback and am prepared to pay a reasonable amount for it.

I'm not sure that the argument that paperback publishers have to compete with ebook prices is wholly valid – if you're offering two or three versions of the same book in different formats, you only need to compete at the same price in the same format against competitors. Once a reader has a selected a book they're really choosing between different types of reading experience aren't they? And I suspect most paperback readers will expect to pay more.

I have a number of compliments on my books, and no one seems to have blinked at the paperback price.

Of course when no one is seeing your book in online shopping forums, that's not a massive selling point, but in the physical world for anyone who loves books, the quality of production probably is a strong selling point. I have certainly bought books for their aesthetic appeal.

Interesting observations. I doubt if C is true, but the rest, yes, probably. I prefer paperback for anything I'm likely to reference on a regular basis or if there are illustrations, but otherwise I tend to do all my reading on the Kindle.

Yes, there is something nice about holding a well-made book – it's a bit like the presentation of food on the plate. But once I get stuck into something, I no longer care about that. What's more I think that within a generation or two, this nostalgia for paper will have largely disappeared – along with most of the forests from whence it came.

I think you are correct about the nostalgia for paper will most likely disappear, and the remaining printed books will most likely be collectors/luxury items like those limited edition plates you see in the Sunday supplements. I hope climate change and deforestation doesn't impact the production of books but, sadly, I think you are also correct in your assumptions.

It sounds like it's the common business model: Give as little as possible for the most amount of money. I fully believe that print books will become novelties. I don't think they'll ever die out, because people will always want a signed copy of their favorite author's book, but they'll definitely become less popular. With deforestation and whatnot, people are becoming more conscientious about “wasting paper”, and print books will become a special thing that one buys, not the norm.

What's your opinion? Please feel free to share via the comments box – or join the daily discussion on the ALLi Facebook forum by becoming a member of ALLi!