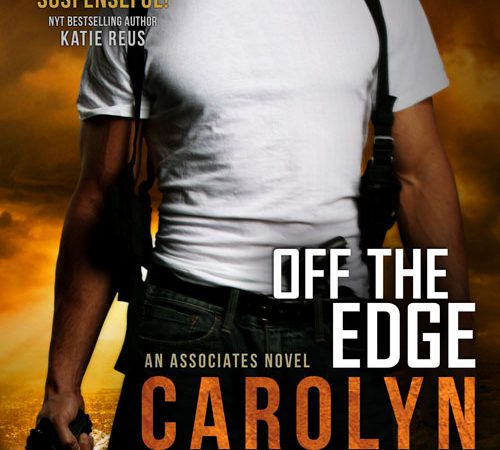 ALLi author Sandra Schwab reports on the encouraging news that a self-published auhor has won one of the most prestigious awards in romance publishing. 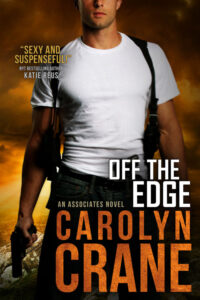 On Saturday, 26 July 2014, Carolyn Crane won a RITA® award for her self-published romantic suspense title “Off the Edge”. This is the first time a self-published novel has won this prestigious award, one of the highest in romance publishing.

The RITAs® are awarded each year by Romance Writers of America®, the largest trade association for romance writers with over 10,200 members worldwide. The contest is named after RWA's first president Rita Clay Estrada. Just like the organisation itself, it has been going since 1980, and the awards ceremony is the highlight of each annual RWA National Conference (aka the conference for which you cram 2000 women and 10 men into one hotel — it's always loud; it's always slightly chaotic; and it's always enormously inspiring).

From the first, RWA regarded “contests and conferences as key activities to promote the romance genre” (RWA website). Together with the romance genre, these contests have evolved over time, as is evidenced by the 2014 RITA® awards: in acknowledgment of the importance of self-publishing for rapidly growing numbers of romance authors, indie-published titles could be entered in the competition for the very first time. The contest was open to 2,000 titles altogether and was divided into nine categories (Contemporary Romance, Short Contemporary Romance, Historical Romance, Paranormal Romance, Inspirational Romance, Erotic Romance, Romantic Suspsense, Romance Novella, and Best First Book), with RWA members acting as judges.

These results clearly demonstrate the quality that can be found in self-publishing. They also show that the distinctions between different forms of publishing are disappearing, something that Carolyn Crane pointed out when I asked her what winning the RITA® meant to her:

“I was completely thrilled and stunned to win the RITA® – it still seems a little bit like a dream! I love being an indie, and I’m so grateful that RWA opened up this important contest to indies—it’s a huge move, because it involved a lot of extra books, which meant extra hassle, and more reading for volunteer judges. But RWA, in my experience, has been an indie-friendly organization. I attended so many great panels geared to self-pub and hybrid authors at the convention this year (and last).* The romance community in general has a lot of authors publishing in all sorts of combinations, and when I get around my fellow romance authors, I have this sense that we’re all just working to put out the best books we can, and distinctions between publishing methods are becoming less important. Opening up the RITAs to indies really is an affirmation of that. It meant tons to me!”

Just like Carolyn's winning the RITA® meant a lot to all other indie (romance) authors! Again, huge congratulations, Carolyn!
_____
* The first official workshops on self-publishing were given at the 2012 RWA National Conference in Anaheim — strangely enough one of those workshops was given by a well-known agent, who tried to convince everybody that ‘we're just not there yet' in regards to authors being able to professionally publish a book all by themselves. The year before unofficial workshops on self-publishing were held at the bar.

Award-winning author Sandra Schwab started writing her first novel when she was 7 years old. Thirty-odd years later, telling stories is still her greatest passion. Since the release of her debut novel in 2005, she has been enchanting readers with her unusual historical romances. She holds a PhD in English Literature and lives in Frankfurt am Main, Germany, with a sketchbook, a sewing machine and an ever-expanding library. Find her online at www.sandraschwab.com.