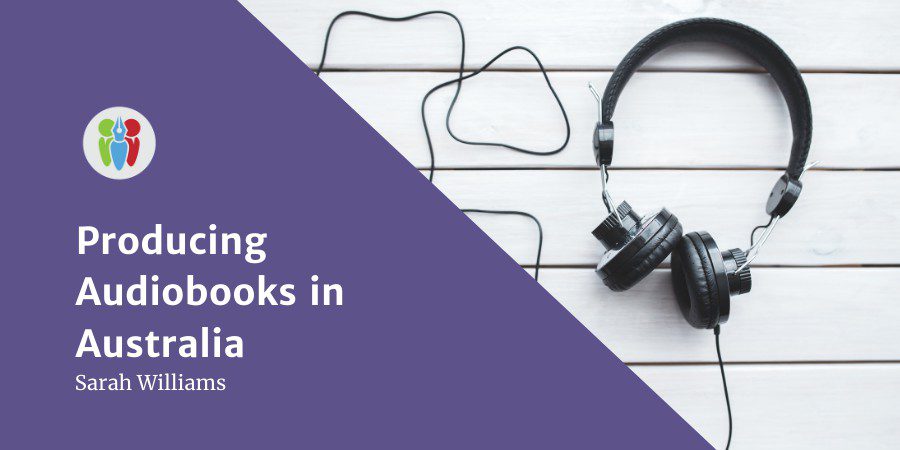 As a community, we know that audiobooks are booming. But with audio comes a more nuanced range of hurdles to overcome. For example, accents, regional dialects need to be considered if you want to create a product that's accessible across the world – not just the UK and USA. ALLi author, Sarah Williams explains her experience of producing audiobooks in Australia.

As an Australian indie author I have been successfully selling my Australian Outback Romances in print and ebooks for over two years, carefully following the advice so generously offered by people like Mark Dawson, Joanna Penn and the ALLi community.

Australia is Still an Emerging Market

Self-publishing is still thought of as a last resort for most authors here, and we still get looked down on at certain festivals and conferences. So when I decided to produce my first audiobook I knew there would be hurdles and the first one was a biggie – even though we now have our own audible.com.au we can’t sign up for ACX. That is only an option for our American and British counterparts. Instead we have to use a distributor like Findaway Voices and give them a cut of our hard earned commission.

The Search for an Australian Narrator 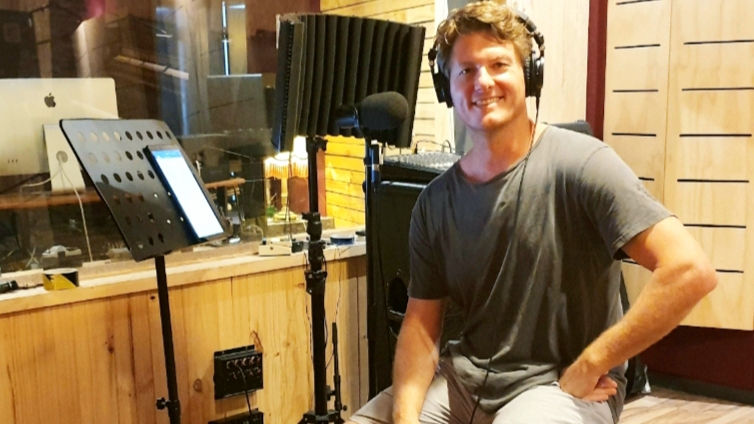 Finding a good narrator with an authentic Australian accent – which would still be clear enough for the international market was my next hurdle. Findaway Voices didn’t have any to offer me. I would have to find my own. Fate had it that I met my narrator at a local charity event for my kid’s school. As a famous Australian actor, Myles Pollard was there to draw a crowd. And draw one he did! Award nominated for his role as Nick Ryan on McLeods Daughter – a romantic drama set in Outback Australia – he is the perfect fit for my novel The Brothers of Brigadier Station, which is also a romantic drama set in Outback Australia. Bonus, he comes with over 16k Instagram followers and raving fans.

No harm in asking, so when it was my turn for a photo with the sexy star, I blurted out that I was an author and would he be interested in narrating my book? His response was enthusiastic, if not shocked. He said that he’d actually been thinking about it a lot recently and looking for the right project!

Neither Myles or I had recorded an audiobook before and without the backing of a traditional publishing house, I was in charge of directing and project managing. I flew to Perth, where Myles lives, and we spent a few days in a recording studio with a producer. After that it took a couple of weeks to edit and mix the files before uploading them to Findaway Voices. I’m pretty tech-savvy and already produce a weekly podcast so I happily managed this part of the process. Otherwise my producer would have been able to do it, although that would have obviously cost more.

“It's fun to perform.” Myles explains. “The writing is really concise. It's well-crafted. It's so entertaining, and I can connect well with it too. The characters and the world aren't foreign to me.”

Myles has a really lovely voice – he could read the phone book and I would still enjoy it. But he also breathed life into these characters and gave them all unique characteristics and qualities. The best audiobook narrators don’t just read a novel – they perform it. They inject life into a book, adding pace, emotion and tension with their voice alone. They have to do that while mastering all character accents, tricky location names and often foreign languages. Actors learn how to do this, and Myles has twenty years’ experience putting it into practise. He was even nominated for a Logie Award (our equivalent of an Emmy).

We recently received this review, “The pitch, tone, flow, speed and passion in Myles's voice was mesmerising, it had me so engrossed in the story he was telling. Each character has its own individual voice, I really loved the voice used for Darcy, it's very Australian and it's very much how I already had in my mind for him.” Reading for the Love of Books.

Authors also need to remember that writing for the ear is different to writing for print and ebooks. Before sending your script to the narrator, I found it helpful to read it aloud and perform it while also checking for things like pacing and repetition.

Expect retakes – even established actors often get to the end and then go back to re-record the first couple of chapters because they were still finding their rhythm the first time. You also need to make sure the narration matches the text word for word. So getting proof listeners is a good idea. 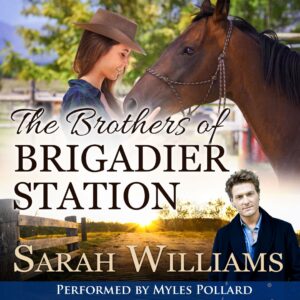 In Summary – Audiobooks in Australia

It was worth all the hard work. The audiobook is currently a bestseller in the US and Australia, and Myles has agreed to record the next two books in the Brigadier Station series later in the year. We have also been invited to teach workshops together and attend book signings. This audiobook has raised my profile and dramatically increased my book sales.

If you’re thinking of doing it now is the time! Don’t wait until the market is saturated like it is with ebooks. I’m hopeful that one day ACX will open up to Australia and I can go direct to them, but really who knows what the future holds? This industry is changing every day.

If you're in a country other than the UK or USA, what considerations have you had to make when creating an audiobook? What's your audiobook market like?

Seven Mistakes to Avoid When Recording Your Audiobook

An Author's Guide to Narrating Your Audiobook

Sarah Williams is the bestselling author of Australian romantic fiction including the successful Brigadier Station series.
Sarah Williams spent her childhood chasing sheep, riding horses and picking Kiwi fruit on the family orchard in rural New Zealand. After a decade travelling, Sarah moved to Queensland to raise a family and follow her passion for writing. She currently resides in Maleny on the Sunshine Coast Hinterland, Australia.

When she's not absorbed in her fictional writing world, Sarah is running after her family of four kids, one husband, two dogs, a horse and a cat. She is CEO of Serenade Publishing, hosts the weekly podcast/vlog Write with Love, runs writers workshops and retreats, mentors and supports her peers to achieve their publishing dreams.