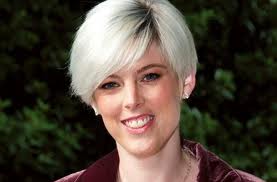 Some of us wear our indie-author badge with pride. Others think self-publishing is for shmucks. Both stances are equally  irrelevant to what really matters, says Talli Roland.

Ever since leaving behind traditional publishing to strike out on my own, I’ve been clear on one thing: I don’t want to be known as an indie author.

Well, maybe I should revise that: I don’t want to be known by readers as an indie author. Fellow colleagues can (and probably do!) call me what they like.

We’re all aware of the divide between those on the traditional side and those who’ve self-published. Although the gap is closing as more authors dabble in both and self-publishing success stories filter through, fewer subjects than the ‘proper’ way to publish have drawn more emotional responses from authors, agents, and editors alike.

Strident cries have echoed across the internet, each camp claiming they’re the only route to take. But all this exists within the rarified air of the publishing industry – and that is not my target market.

Sure, I’d love for the industry to have an open mind; to recognize that some authors do have the skills to succeed, and that it might make better financial sense to go it alone. But what’s of real importance to me are those on the receiving end of the product line: the readers.

They’re not bothered by the upheaval happening now; they could care less about labels being attached to authors. What they want is a quality story for a good price, not the rigmarole of how it’s been published.

In this new democratic market, where authors are businesspeople with more choice than ever before, every book has the potential to be equal in the eyes of the reader.

Why demarcate ourselves when we don’t need to?

Talli Roland writes bittersweet and witty contemporary women's fiction. Born and raised in Canada, Talli now lives in London, where she savours the great cultural life (coffee and wine). Her novels have been short-listed as Best Romantic Reads at the UK's Festival of Romance and chosen as top books of the year by industry review websites. To learn more about Talli, go to www.talliroland.com or follow her on Twitter at @talliroland.