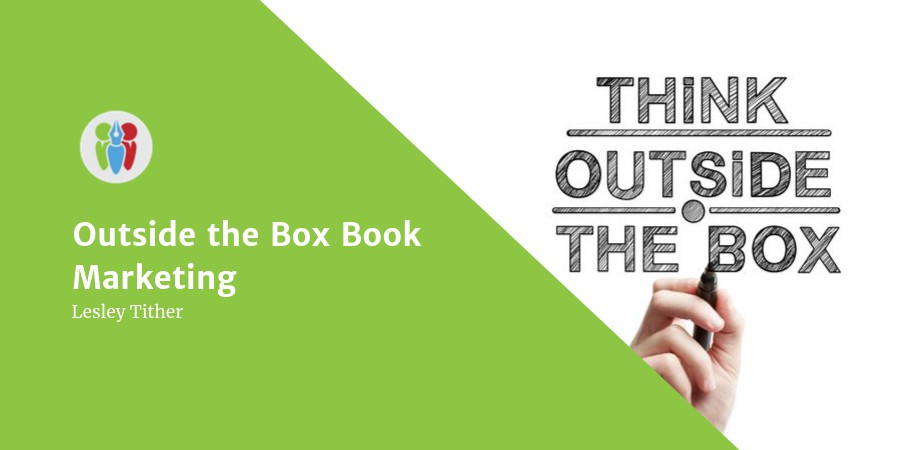 Outside the Box Book Marketing

In a saturated world, finding fresh ways to market your books and find new readers is increasingly difficult. However, author member Lesley Tither shows us how a little outside the box book marketing can create amazing results. 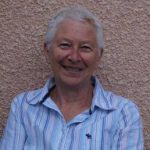 The End, What Now?

You’ve finished your book. Congratulations! Now comes the hardest part of all – marketing.

How are you going to make your book stand out from the tide of Indies and mainstream flooding the market at the same time? And what route will you choose in an attempt to be seen? Amazon ads? Social media? Newsletters? Pretty much the same as everyone else out there, then.

Before I retired to write full-time, I was a freelance copywriter. One of that band of silver-tongued devils whose job it is to make you believe that your life is somehow incomplete without XYZ product. Those ‘stylish court shoes, lovingly crafted in whisper-soft leather’ which you bought on a whim? That was me – sorry.

Outside the Box Book Marketing

Working in advertising is all about buzzwords. Briefs from clients always exhorted me to produce ‘aspirational’ copy. To ‘think outside the box’. To use ‘blue-sky thinking’ to come up with something the competition had not yet thought of. I try to apply those principles to marketing my own books. 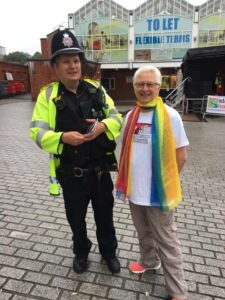 I write crime fiction, travel memoirs and children’s fiction. The crime books, the Ted Darling Crime Series, are set in my home town, Stockport, on the edge of Greater Manchester. Detective Chief Inspector is a bit different from your average copper. He’s quieter, polite, not a rebel. He likes green tea, cats, Queen, and growing lilies. And, very much as a ‘by the way’, he happens to be gay.

When I saw that there was going to be a Pride celebration in Stockport last year, I thought it would be a nice gesture to be one of the sponsors, in the name of the book series. I’m a big believer in equality. So is Ted. I offered. They accepted. So my name was on the website and all their promo material.

The photos on social media looked like such fun! I’m not much of a traveller, or a mixer. But I thought, why not? Go there in person for 2019, and have a stall to sell the books.

I asked the organisers and they said they would be delighted to see me there. I could have a free stall, as a sponsor, I was welcome to walk on the parade and hand out any promotional material I might have. Oh, and almost as an afterthought, they asked if I would be interested in doing an author talk and book sales at the town’s Central Library, one of their partners. Would I! 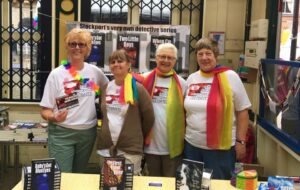 The next unexpected bonus came from one of my team of Alpha-readers. I despise inaccurate crime fiction so I use an old friend, a former Great Manchester Police officer of some 28 years’ service, as a consultant on the series. She’d recently been interviewed by the BBC about her career, so she passed my details on to them.

Next came an email from them asking if I would be interested in a breakfast time live interview on Radio Manchester, on the day of the library gig. It involved getting up at some ungodly hour before 5am and it was quite brief. But it was several minutes of free advertising, talking about my books in the area in which they are based. I’ll leave you to do the sums as to what that would have cost me had I been paying for it.

Over the two days, I sold signed books to the value of around £300. I also gave out some free ones for the PR. The library said the talk had one of the best ever turnouts they’d had and that brought in some new readers, as well as allowing me to meet some of the regulars face-to-face.

I splashed out on promotional T-shirts for myself and Team Ted, which was composed of three Alpha-readers plus a super-fan and her lovely husband. I also ordered a stack of postcards with the series details one, including where to buy them from, which we handed out everywhere throughout the weekend.

We missed no opportunity to grab publicity photos – like me talking to a real Stockport policeman – which I shared in lots of Facebook groups, including one for Stockport which has 30 thousand plus members.

I had to pay for flights there and back, plus hotel rooms and food, but I can offset all of that against tax here in France.

So why not try a bit of blue sky thinking? Is there something you could do in the community where your books are set? Something to bring you that amount of exposure, at a fraction of the price you would have to pay for it?

Get your thinking caps on – and good luck!

What outside the box book marketing tactics have you used? What's worked for you and what didn't?

An Inventive Idea for Book Marketing & Promotion on your Author Website