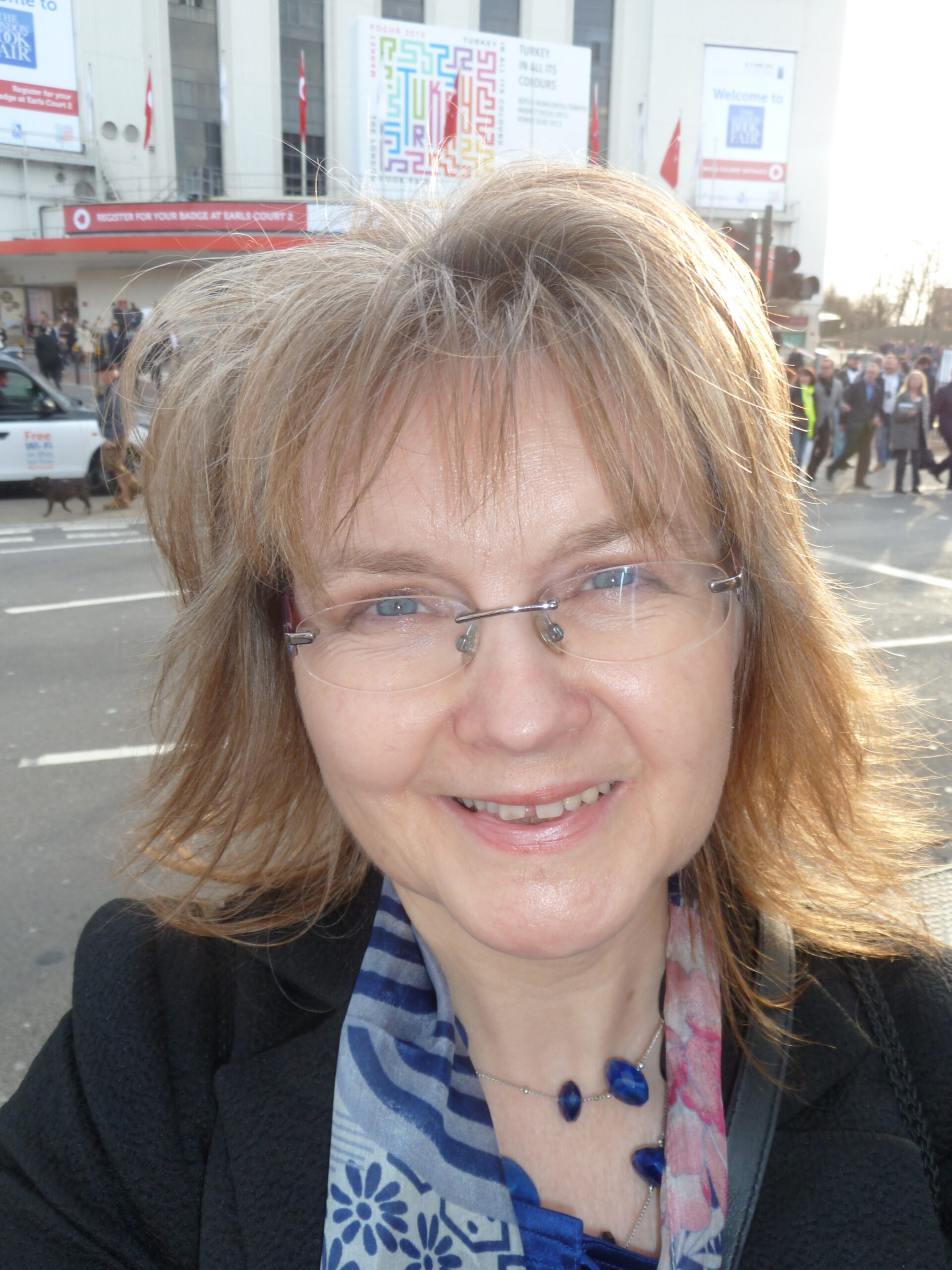 Opinion: The Walls Keep Tumbling Down in the Publishing Industry

As Earl's Court exhibition centre prepares to open its doors to London Book Fair 2014 event, Lorna Ferguson reflects on the progress made in the two years since the launch of the Alliance of Independent Authors, from a self-published author's point of view. Although focusing on LBF as her closest major publishing trade fair, her conclusions apply to upcoming Book Expo America, where ALLi will also have a presence, and to the changes taking place throughout the global publishing industry. 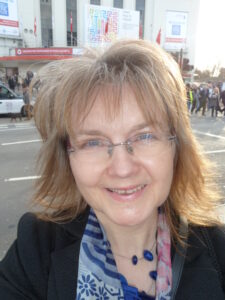 ‘At LBF, Authors Encouraged to Think Like Entrepreneurs’ was one of the striking headlines at last year’s London Book Fair. Curtis Brown agent Jonny Geller advised publishers that the author should be ‘central’ to publishing strategy, that ‘communication is good, but collaboration is better’, while agent Luigi Bonomi hoped that ‘the Cold War between these two communities [would] be broken’ and Gareth Howard of Authoright, sponsor of the LBF Author Lounge, said ‘it is becoming less about self-publishing or traditional publishing, it is just about publishing.’

Orna Ross launched ALLi at LBF in 2012. By last year (LBF13), self-publishing had gone past the tipping-point, past the old notions of desperate vanity publishing, entering a new era, where writers could take charge of their own creative destinies. They could do this by judicious application of their own skills, and by employing the skills of others – editors, formatters, cover designers, marketers.

Where does this leave publishers? And agents? They too are service-providers.

They don’t offer the holy grail of a giant cheque, and the promise that if we sit back and let them take charge, all will be miraculously done for us. They never did, really. Trade publishing has always asked an author to engage with the marketing process. If we realise that many of the skills a publisher offers are available to us either through training ourselves to self-edit, to brief a designer, to come up with a marketing plan – or by employing people to provide that help for us, then we question whether we should sell our rights to a company which will take all control from us.

Increasingly, we say to industry professionals – what can you offer us that we can’t do for ourselves?

There will be instances – selling foreign and subsidiary rights for example, or finding distribution – where we do feel we need that help. So we should be able, as agent Andrew Lownie has advocated, to sell our work for a limited licensed period, not in perpetuity. 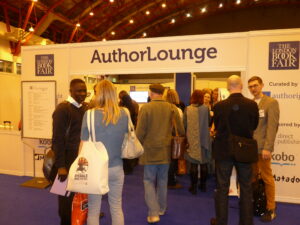 At LBF – as at so many publishing trade fairs – if you’re an author, it’s still easy to feel intimidated. The big companies with their glamorous stands can seem privileged and exclusive.

The Author Lounge at the Fair last year (this year: Author HQ) was a huge step forward: no longer consigned to a distant seminar room, writers were there, on the floor, though at the back of Earl’s Court 2, beyond the other world of industry professionals, many of whom would rather we were not there at all. One Alliance member overheard a complaint that ‘now they’re letting in the public’, so we haven’t converted everybody yet.

Although the Author Lounge was severely overcrowded, the joint was jumping, thanks to Orna Ross. She oversaw networking, presentations, cheerleading: Publishing Perspectives said ‘Ross’s enthusiasm for self-publishing is infectious. You have the feeling she could talk a traditional editor into resigning and joining her.’ 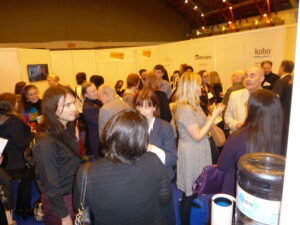 Although I think Gareth Howard’s claim that ‘the days of snobbery towards self-publishing are over’ was premature, I do know that only two years ago it was said that no publisher would look at a self-published author, that once you’d brought out your own book you’d essentially blown your chances. That is definitely no longer the case: agents and publishers actively trawl the lists of successful self-publishers and by branching out into e-publishing and creative writing coaching programmes themselves, they’re demonstrating that they need us more than we need them.

Don’t get me wrong, I’m not averse to a traditional deal. My novel, The Chase, which I republished last year, was originally beautifully published by Bloomsbury, and I’m grateful for that. However, for them, that novel was just one in a particular year’s worth of publishing activity and had its niche in their marketing plans only for a limited time.

As Jonny Geller has also said, nobody cares as much about your book as you do. For me, The Chase is a cherished project. A few months on the shelves of bookstores was not enough.

I’ve loved the creative fulfilment of being my own publishing executive. If I make mistakes, they’re my mistakes. I’m not waiting for dictats or staring at an empty inbox wondering what on earth is going on. I’m in the loop – my own loop.

When I run into difficulties, I can call on the wonderfully supportive members of the Alliance, who share advice freely and care about one another’s success.

We go it alone, but we’re not alone, and that’s a great thing. 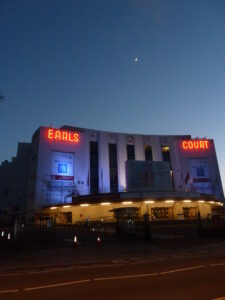 I’m also in favour of the hybrid approach, where an author can choose, per project, the right way to publish – whether to opt for a trade deal or go independent.

There’s never been greater freedom for us, as authors, to carve out our own literary destinies. In return, we need to show the industry we deserve respect by the quality of our publishing activities (no slipshod, half-cooked, badly-edited, badly-presented books), by the commitment we show, and the willingness we have to learn; by our staying power and by our open, expressed love for the art of writing. (More on this at today's Opening Up To Indie Authors book launch.

So, if you’re attending the LBF this week, you’re in for an exciting, exhausting time. It’s a great opportunity to meet fellow ALLi members, to network and share, to have fun, to end the day with aching feet and a buzzing head but the knowledge that author-publishing has truly arrived.

We'll be reporting news from LBF14 that will be of interest to all indie authors throughout this week. In the meantime, huge thanks to Lorna for sharing her fabulous photos from last year's event, which capture the excitement.

Lorna Fergusson runs Fictionfire Literary Consultancy. In addition to her own workshops, she teaches creative writing at the University of Winchester’s Writers’ Festival and for various Oxford University writing programmes. Her novel, The Chase, set in France, is available as an ebook and in paperback. Last year she won Words with Jam magazine’s First Page Competition with the opening of her historical novel in progress, and the Historical Novel Society’s London 2014 Short Story Award. She is also working on a collection of historical short stories. www.fictionfire.co.uk.