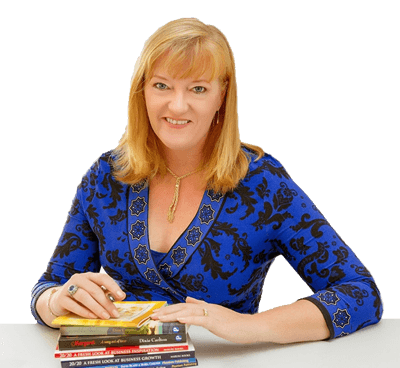 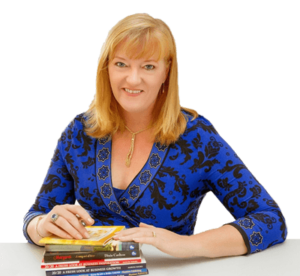 Australian indie author and publisher Dixie Maria Carlton, director of Author-ity Authors, shares a case study of the evolution of her own publishing services company as a microcosm of the industry, drawing from her experience lessons of interest and relevance to indie authors everywhere.

Once upon a time, I fell into publishing.  It wasn’t my intention, and with limited high school and ‘a bit of university’ under my belt, I was neither a literary genius, nor a multi-millionaire success story in any other area of my life. I had simply written a book about the industry I had recently left, as a handbook for clients.  From there I ended up in the USA, presenting at a major industry conference on marketing, sharing time with one of my business guru heroes, and writing another book as part of a global writing/marketing project.

This led to another book, and an award for professional speaking, and the phones started ringing.

Before long, I was helping so many other professional speakers and thought leaders to write and publish their books, that my next business was accidentally discovered, and it was all about publishing.  Self-publishing to be exact. Primarily serving the non-fiction market.

I knew practically nothing, by comparison when I look back more than a dozen years later, and wonder how I was brazen enough to even think I could make it work.  But I did make it work, and  ended up creating one of the very early collaborative or hybrid publishing models in the southern hemisphere.

I may have been a trail blazer, but it was a constant search for knowledge, and I learned on the go.  I developed a good reputation for doing excellent, high quality books, was respected by distributors in both NZ and Australia, and able to get books into stores, authors onto TV and magazines, and best seller lists.

But I was exhausted.

My own writing took a back seat, and it was often an overwhelming amount of administration keeping track of authors, royalty payments, and editing/design/formatting issues with contractors and authors I was sitting in the middle of.

When the global financial crisis hit in 2009, I was almost relieved that the work dried up overnight.  After all, who could afford the luxury of writing and publishing a book when there were more pressing issues like mortgages to pay.  So in 2011 I wrapped things up and started to focus on social media and other ‘more interesting’ marketing things.

Fast forward another couple of years, and I was happy consulting with SMEs as a marketing specialist, but occasionally authors from the old days would call up and ask for help.

So, I helped them out.  But on a totally different basis.  I no longer wanted to be responsible for their ISBNs, their royalty payments, or keeping track of their successes or limited abilities in some cases to put themselves forward.

In 2016, I finally figured out that perhaps this was my calling after all. My love of working with game changers and thought leaders around the world has seen me assist nearly five dozen books to market now, including a handful of my own titles in both non-fiction and fiction.

The Indie Industry Comes of Age

What’s changed in the last five years is worth mentioning.  Because the indie book industry has finally come of age:

We in the South are better placed to make use of the online publishing resources now available to us.

Before 2012, the biggest question I was always asked was, “How can I get my book onto Amazon?”   Now, 99% of my publishing and distribution services for authors is Amazon focused.

The other thing that has changed is the prolific emergence of publishing service offerings, by mostly cowboys thinking they are on to a good thing, or in some cases people who have worked with traditional publishing companies and found themselves redundant, and so decided to get onto the self-publishing bandwagon. For a long time, I avoided even telling people I was back in the game, because I simply wanted to avoid – at all costs – being associated with such shoddy operators, and believe me there are many.  Having always taken pride in ‘my’ author’s abilities to write well, with good guidance, and high quality focus on creating excellent books that serve their markets and work harder for them, I have despaired at times over how to differentiate the good from the bad.

Speaker conventions are loaded with presenters all saying ‘we have to be great at this, not just average’, and ‘write a book – it’s the best thing for your marketing’ and yet there has still been a lack of quality coming from that quarter too.   I reviewed a book by one of the most highly awarded international speakers a few weeks ago and was horrified at the quality of the book. And yet, he declined help to fix up this one, or the next one he’s wanting to release, instead being only interested in getting to number one on Amazon.  Mmm, well, that’s a possibility, but the poor quality of his book lets down his whole brand.

But that’s part of the problem: many authors don’t really care.  They just buy into the concept of ‘write it; then get it out there as soon as possible’.

Analogous to Indie Music and Film

The publishing industry however, is going to end up in the same boat as the music and film industry.

There are loads of great musicians out there, and a lot of independent studios working hard to produce good material, but the quality of the DIYers' work brings down the average for their industries.

The market gets fed up with the crap after a while. This is good when it forces trends to shift, but how much gets wasted along the way while this happens?

The Answer: A New Coaching-Based Model for Author Services

I’ve thought long and hard about this, and knowing my own skills are vast in terms of being able to work with authors to help pull their entire projects together focusing on the Before they write, During the manuscript development and publishing process, and then what happens After the book is released, I decided last year to develop an entirely new concept for the authors I now work with.

Now, I coach my authors.  That’s all.

They self-publish, but under very careful guidance, and to a very high quality.

My Seal of Approval 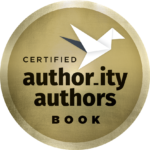 Dixie's seal of approval for the highest standards

If I have worked with them using my model, and they have reached a certain standard with their books, I label them as Author-ity AuthorsTM, and continue to work with them, encouraging them to support each other, sharing information and resources. This often this leads to further work developing their speaking and training materials, online programs, and social media support.

This year I have plans to take their respective books to the international book fairs, and promote them as being indie non-fiction specialists who are well managed, have realistic expectations as authors, and are more than capable of being able to work directly with publishers.  As Author-ity AuthorsTM, their books do not look or behave like so many self-published books do – and you can see the differences easily.   They are all enjoying good rankings on Amazon, are performing well in book stores,  and their professional branding, and speaking presenting opportunities grow as a result.

Looking to the Future of Indie Publishing

I’m hopeful this will emerge as a viable model for many indie publishing companies and author service providers who want to have their own teams of authors working to a higher level of quality output, and achieving more as a result.   Arguably, many other publishers including companies like Balboa, and iUniverse are already working this way.

The difference is that my authors retain all their rights, publish at their own pace, and are totally independent.

They do however have to be quality minded, determined to be great at what they do, and don’t want to simply run with the crowd.  Author-ity AuthorsTM are Game Changers.

I’m excited to see the ongoing changes in the Indie publishing industry and looking forward to further development of new models that support good authors.

Let’s see what the next ten years will bring.

OVER TO YOU To what extent does your experience agree with Dixie's conclusions? What are your predictions for the next ten years in indie publishing?

A provocative analysis of the last decade of #selfpublishing and a new model for indie #authors to replace conventional #publishing services companies - by @DixieCarlton. Is it for you? Click To Tweet

Dixie Carlton is a Specialist Non-Fiction Publishing Coach based in Australia. She has assisted in the ‘birth’ of 50+ Indie books since 2006, and is the founder of Author-ity AuthorsTM.
www.authorityauthors.com.au