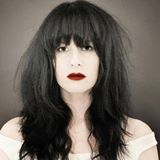 Opinion: How Indie Publishing Compares to the Indie Music Scene

With a foot in both camps, indie author, poet and musician Jessica Bell is in a great position to compare and contrast the worlds of indie publishing and indie music. 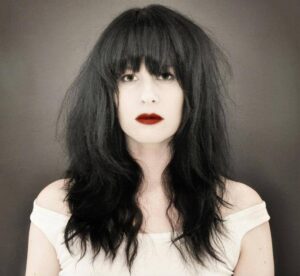 Indie publishing already allows writers of all stripes access to the world’s readers.The industry has changed. A lot. It’s been forced into embracing the digital revolution, just like the music industry was.

Independent artists are everywhere now. And authors don’t self-publish because they’re too lazy to go through the slog of submitting queries to agents, or editing their manuscripts properly, or simply out of impatience to see their work in print, just like independent musicians aren’t too lazy to find a record deal. They simply have a different sound. Or they don’t want to be told by a record label what they should and shouldn’t record.

In a saturated market, where publishers/music producers have millions and millions of queries and proposals, independent artists are driven by self-belief and a passion that their work deserves a place.

But the indie publishing scene still has quite a way to go to match the acceptance the indie music scene has acquired since the advent of Internet downloads and torrents. And to be honest, I still don’t understand why it is taking so long.

There really is no reason for people to be turning up their noses at self-published books. Let’s look at where the indie music scene currently stands. I bet you can replace the music-related words with author/book-related words and each point would represent the indie publishing scene to a tee. As you will see, there is really no reason why we should still be looked down upon. 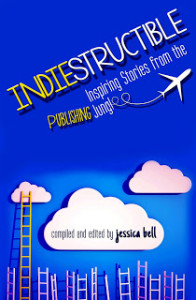 Notice how completely identical all this is to independent publishing? The indie music scene is no longer ridiculed for the less-than-perfect work out there. And more and more musicians are being discovered and loved. Because people have a choice. People can distinguish between what’s good and bad, what’s their cup of tea and what isn’t. So why all the fuss?

It’s time to face the music. We are all independent artists, and we are here to stay.

And if you’re afraid traditional publishing is going down the tubes, I think you’re wrong. There is always a way for both indie and traditional to thrive.

All we need to do is plug our microphones into the same amplifier.

Jessica Bell is an Australian award-winning author and poet, writing and publishing coach, and graphic designer who lives in Athens, Greece. In addition to her novels and poetry collections, and her best-selling Writing in a Nutshell series, she has published a variety of works online and in literary journals, including Writer’s Digest.

Jessica is also the Co-Founder and Publisher of Vine Leaves Press & Literary Journal, a singer/songwriter/guitarist, a voice-over actor. Until recently she was a freelance editor and writer for English Language Teaching publishers worldwide such as Macmillan Education and Education First.

Before she started writing she was just a young woman with a “useless” Bachelor of Arts degree and a waitressing job.