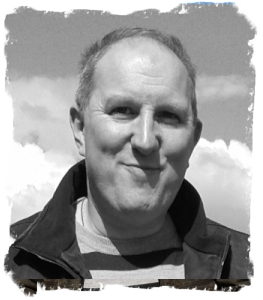 Opinion: Are Readers’ Expectations of Genre in Self-published Books Unfair to Indie Authors?

When is a thriller not a thriller? And how far should authors compromise their writing goals in order to conform to readers' expectations?

I have found from personal experience that a number of readers come to a novel with preconceived expectations, simply because of the genre the book is placed in.

For example, my historical Harry Royle thrillers are written with an older feel to them. This is intended. However, I have had readers tell me that they are not thrillers because they lack sex and violence. 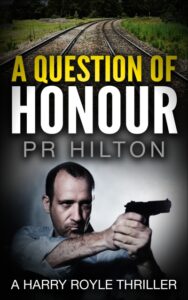 Now, if I take A Question Of Honour, the first book in my Harry Royle trilogy, it has gangland violence, using knives, guns and even a razor, but it is not gratuitous and is purposely carefully handled. I write with an eye for accuracy of period and a style which I nickname English Noir. I have had readers whose ages have ranged from teenagers to late seventies and all have enjoyed the books without reservations.

My intention in writing a thriller, is first to tell a good story, and secondly to make it accessible for anyone with an interest in this particular genre, which would be historical thrillers.

A common argument I am given is that times have changed and with them readers tastes and expectation. This argument, in my humble opinion, just does not hold up when looked at carefully.

Who would argue against the inclusion of a book of the calibre of Daphne du Maurier’s Rebecca from a list of top timeless thrillers? How about Agatha Christie? Or have times changed and is she no longer considered a thriller writer?

To my mind, to attempt to force a writer to conform to an unrealistic expectation is nothing short of insulting to any author that a reader hopes will be an interesting new voice.

The Challenge of Marketing Outside of Main Genres

Some readers even insist that should a thriller be what they consider tame, that it should be classified as Cozy Crime. I respect this sub-genre. However, my thrillers do not fit this category. So how am I supposed to market a book to a potential reader?

There are so many sub-genres now, and more seem to be appearing all the time.

I believe very strongly in an author’s right to free expression, but not at the expense of another writer’s craft.

There should be ample space on the bookshelf for every kind of book, regardless of each subject’s coverage or style.

As a writer I believe that we must stay true to our art form and endeavour to connect with a readership which understands our motivations and appreciates what we are each able to offer in our own unique voice.

To allow readers to shape and transform our work is no less than entering into a collaborative working  relationship, and surely being an author is about finding your own individual voice, and, having found it, using it as your creative statement of truth.

In conclusion, I suggest that readers need to remember that variety in fiction has to be a good thing, since it gives a reader choice.

OVER TO YOU How far do you match your books to standard genres, and to what extent do you take advantage of your independent status to break the mould? Join the conversation via the comments box.

#Authors - should you conform to genre rules or should you break the mould? - by @PhilipHIlton Click To Tweet

OTHER INTERESTING POSTS ABOUT GENRE WRITING – FROM THE ALLi ARCHIVE

How to switch Genre without Breaking your Brand: Mohana Rajakumar

PR Hilton trained as a journalist and has written for magazines, both print as well as electronic, for the stage and BBC Radio and for numerous websites.
Growing up the son of an infamous father also gave him insights, which he has channelled into the Harry Royle Books. Researching and writing these books has given Philip not only more of an insight into his own father’s life and times but has also brought a deeper understanding of his own father-son relationship. He is currently working on book three of the Harry Royle trilogy, "A Mission Too Far" and "Hobbsley’s Secrets", a second volume of short stories. Find out more at his website: www.prhilton.co.uk.