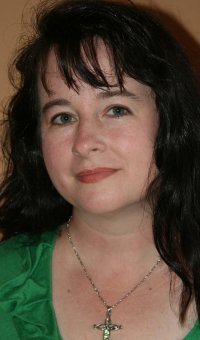 Artist and author Natalie Buske Thomas shares her inspiring story of how she never gave up on her painting, despite discouraging criticism along the way. Her story is a great analogy to the lot of the indie writer and an uplifting addition to the discussion about dealing with adverse book reviews. 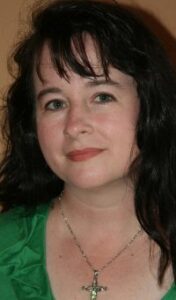 When I was a little girl I would draw pictures and people would gather around to watch me. My family said that I inherited my father's artistic talent. But when I went to elementary school, my art teacher thought otherwise. She said, “There's no special way you have to do it”. My heart sang! I had permission to do the project as I wished, and I did. I was confused and heartbroken then, when she held my art project up for the entire class to see. “Don't do yours like Natalie has done.”

I was a shy child and I was humiliated into silence. Every week I'd try again, and most of the time I got the same unfortunate result: my teacher was disgusted. It didn't take long before I believed that no one “important” would ever like what I did. In high school, I finally had a wonderful nurturing art teacher and my confidence soared. I learned new skills and I took more and more art classes. I entered the school's career art program. I also painted theater sets for the drama department. I went to college feeling as if I could major in art.

I thought wrong. My college professors were as disappointed with me as my elementary school teacher had been. What made the experience worse was that each professor encouraged student critiques. The professors' personal bias about my work colored the sessions, as one student after another strived to critique my work in a more verbose way than the student before had done, in a competition to condemn my work in the most arrogant and harsh language they could conjure up. After a semester of soul-trashing and mob-critiquing, one of my professors looked me in the eyes and said that people like me are not artists.

I quit. I never painted another picture again. That is, I never painted again until my husband surprised me with a beautiful freestanding easel for Christmas. I was speechless, and conflicted. It had been at least twenty years since I'd done any real art. Sure, I'd dabbled. I painted nursery themes on the kids' walls and I taught a few art classes here and there, but I hadn't done anything serious enough to justify having a professional artist's easel. There were wheels on it! It was expensive. What was my husband thinking?

But the look on his face! He had even put a bright red bow on it. How could I disappoint him? Surely I could paint one painting. I tried oil paints for the first time in my life and I loved it! I painted one painting after another. Then I saw an advertisement for a call to artists. I decided to enter one of my paintings. I was accepted! It didn't pay anything, but my hopes were high. However, several years passed and I couldn't sell my paintings, not even at a garage sale. As people walked past my original oil paintings without even a passing glance, I felt silly for even trying. I threw my paintings in the trash bin when the garage sale was over.

My son dug my paintings back out of the trash and hung them on the wall in our house. I promised never to throw my paintings away again. But my career as an artist was obviously going nowhere. Unless I didn't mind painting as a hobby, there was no point in continuing. I focused on my writing career, once again feeling that I was never going to be a professional artist. 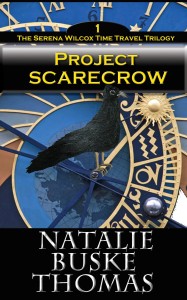 My easel came back out of storage when I needed original artwork for my mystery series. Because I'm an indie author I have the freedom to choose my own cover artist – I chose me. I considered it a simple errand to meet a need. I never dreamed that it would be the beginning of a career as an oil painter! I created a Kickstarter project to fund the oil paints and canvas. I figured that if I raised funds for the project it was worth doing, and if I failed to raise support I'd put a cover together using random stock photography. I was funded, but more importantly I was encouraged.

One thing led to another, and now my paintings are in galleries and exhibits. I divide my time between writing and painting as I have steady work in both careers. I'll even need to set up a second easel because I have two art project deadlines that overlap! My current projects include a Doctor Who themed oil painting for a charity auction at the Doctor Who convention in Minneapolis, and a fantasy landscape painting for a gallery exhibit.

It made all the difference when my family believed in me, even when others did not. It also helped when teachers believed in me, and when my Kickstarter project was funded. But the most important of all is that I finally believed in myself. It took me a long time to be discovered as an artist and I did quit more than once. I now know that I was born to paint: I no longer need anyone's permission to be an artist, and today when my paintings are held up for everyone to critique, they are held up high – on a gallery wall!

Natalie Buske Thomas is an author, artist and entertainer best known for the Serena Wilcox mysteries. Her website is www.NatalieBuskeThomas.com