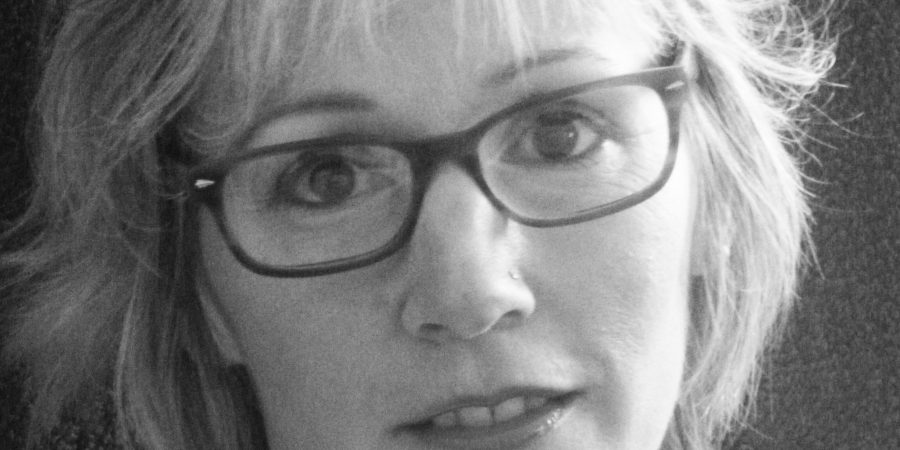 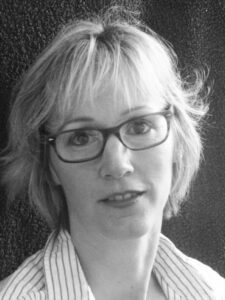 What compels you to write and to self-publish what you've written? In our occasional series examining what motivates ALLi author members to write, British novelist Jackie Griffiths shares her journey to self-publishing, in a story that will chime with many writers who fulfil their lifelong ambitions via self-publishing.

“Being a member of ALLi has enabled me to access a wealth of top level advice, support and information,” says Jackie Griffiths, “without which I would not have been able to achieve the high standards of production and promotion that I have today.”

I started writing when I was very young, still at junior school. I wrote stories in my spare time, and dreamed of the day I would become a writer when I was a grown-up. My best subject at school was English, a class in which I was once told that I had too much imagination. (Is this even possible?!) I started a detailed, daily diary at the age of 16 and continued this for a decade. It's fascinating to read now: a true insight into the workings of a young teen mind and the problems, worries, hopes, and desires that occupied me nearly thirty years ago.

In the first year of senior school, when I was eleven years old, I entered into a story-writing competition. My tale was written from the perspective of twin babies inside the womb – their thoughts, hopes and communication with each other. One of the babies dies and the other is left to live on alone in the womb until birth (which is when the story ends). I won a brand new pack of colouring pens for my efforts, and was extremely proud of myself. I have no idea what on earth inspired me to write such a morbid story at such a young age, having never experienced death or tragedy, nor had a twin brother or sister. And yet, at the age of 39 I went on to have twin babies myself – both perfectly healthy I might add.

Influences on my Writing

There are two main genres that influence my writing now. I like to write fiction from a female point of view, touching on hot topics and dilemmas experienced by women of all ages today. I get my ideas through research, discussions, debates with friends, and generally thinking deeply about topics that are relevant to women. My own experiences very definitely count! 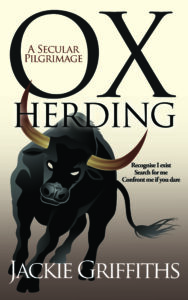 The other strand is philosophy. I like to have an additional thread that runs through the novel that could provoke metaphysical questioning. This is most certainly true of my debut novel, Ox Herding: A Secular Pilgrimage, in which the central theme is philosophical development. The book draws on wisdom from India, China, Japan, and England in a written interpretation of The Ten Ox Herding Pictures, a Zen Buddhist philosophical classic that depicts the journey to enlightenment through ten distinct and progressive stages of spiritual development.

However, I believe I would not have taken the plunge to start writing seriously, were it not for a friend of the family suggesting it as a career path. A few years ago he was diagnosed with cancer, and told me that he would have to undergo chemotherapy for three months. Due to the fact that several hundred miles separated us physically, and I had my family depending on me, I could not travel to be with him in person. Instead I vowed to write him an email every single day in order to ‘keep him company' through the process, to be there for him as best I could.

As the effects of treatment became more severe, my emails evolved into fairly long stories to keep him distracted and entertained, which he admitted he greatly enjoyed and looked forward to receiving every day. He couldn't leave the house for long periods of time due to being immuno-compromised, and he was completely on his own without wife, family, or partner. At one point during this trying time he told me that I had a real talent for writing and should consider making a career in the field. This prompted me to suddenly remember that twenty years ago I had formed the perfect idea for a novel…

That very same evening I sat down and started to write. Six months later it became my first published book: Ox Herding: A Secular Pilgrimage.

“My #selfpub journey: how a friend's illness turned me into an author by @JackieAuthor https://selfpublishingadvice.org/motivation/ #AuthorALLi #writing”

Jackie Griffiths has a BSc in Psychology and Computing and an MA in Psychoanalytic Studies, and has been writing fiction and non-fiction material for twenty years. In 2003 she founded an online copywriting business providing content for websites, print and digital media, before selling up to concentrate on her novels and short stories. She now lives in abject poverty in the freezing ruins of an old sewage works somewhere in the UK, where she is working on her third novel.