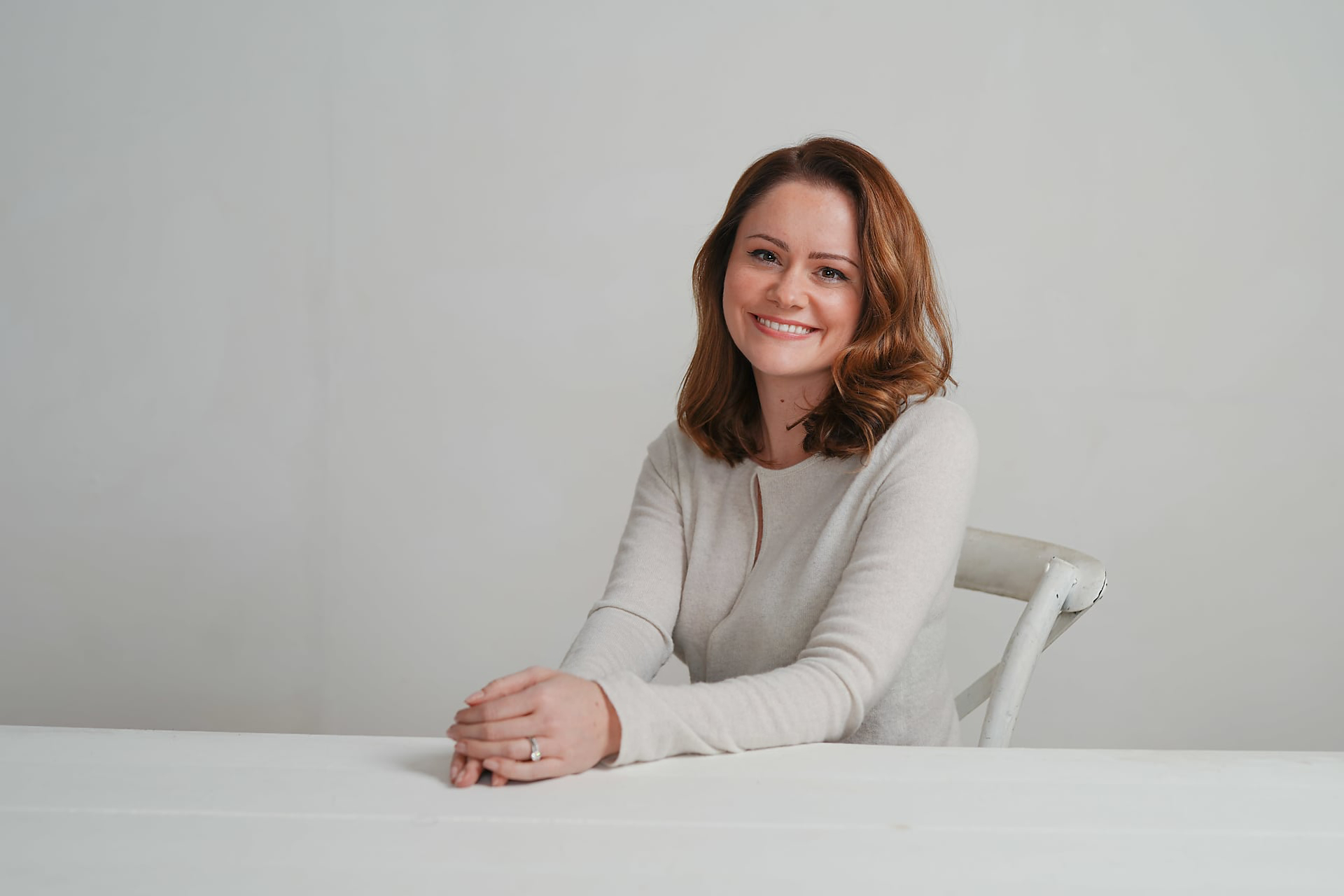 Inspirational Indie Authors: LJ Ross Gives Back to the Indie Community with the new Lindisfarne Prize 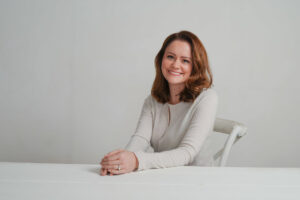 Today I am delighted to interview internationally bestselling indie author LJ (Louise) Ross about her innovative project to give something back to the writing community: the new Lindisfarne Prize for Crime Fiction.

LJ Ross's highly successful DCI Ryan mysteries are all based around her home county of Northumberland in the north east of England. Since self-publishing Holy Island through Amazon KDP in 2015, she has gone on to publish a further ten novels, eight of which have been UK #1 bestsellers, amassing 3.5 million sales worldwide.

Debbie: Louise, for the benefit of those who aren't familiar with the north east of England, can you please explain the significance of Lindisfarne, and why you have chosen to celebrate it in your books? 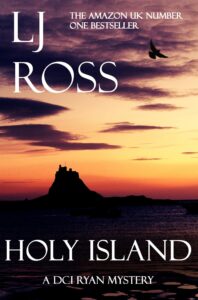 Holy Island is another name for Lindisfarne

Louise: Lindisfarne, otherwise known as Holy Island, is the largest of the Farne Islands located off the Northumbrian coastline near Bamburgh. It’s tiny, atmospheric and ethereal as it rises up from the North Sea, accessed by a causeway which separates it from the mainland twice a day when the tide rolls in. It has a long Christian history as a place of sanctuary and reflection and the monks in the ancient priory were responsible for producing the Lindisfarne Gospels while resident in the ancient priory which still stands, albeit in ruins.

It’s a lovely place to visit, very beautiful and remote, which provided the perfect inspiration for me to write Holy Island, my murder mystery novel of the same name. I felt it would provide the perfect setting for a modern-day take on a Golden Age closed-community setting, with a limited pool of suspects to provide heightened suspense for the reader.

Now that I’ve written twelve books myself, I wanted to provide an opportunity for other new writers who are from, or whose work otherwise celebrates the North-East, to complete their story and receive the encouragement of industry peers and professionals to continue with renewed confidence.

Debbie: The winner of the Lindisfarne Prize will be announced as the Newcastle Noir Festival. What makes Newcastle the perfect setting for a crime-writing festival?

Louise: Newcastle and its surrounds are a hot bed of creative and writing talent! Even when I think back to my grandparents’ generation, I think of all the lyrical poetry and songs which told the stories of local folklore.

Nowadays, the shared landscape seems to provide an endless source of inspiration to writers, and it’s wonderful that we have a dedicated crime and thriller festival to celebrate the different perspectives we each bring to our stories. In a wider sense, it’s important to acknowledge the benefit of arts and culture in our community, and the Newcastle Noir Festival has had phenomenal success in attracting the very best new and established talent working in the industry today.

Debbie: Mentoring and editorial services from Cheshire Cat Books, the small indie publisher based in the north east, is part of the lucky winner's prize. Can you tell us a little more about what makes them a great nurturer of crime writers?

Louise: As with other local indie publishers, their focus is to celebrate talent in the community, and therefore they are uniquely invested in providing a meaningful service to whoever is fortunate to win the prize.

Debbie: When you were starting out, did you have a mentor or was there a membership association or writers' group that made a particular difference to you?

Louise: When I was starting out, I knew very little about what was available to me. Nowadays, I would always direct budding authors towards the associations available to them in terms of advice and mentorship as they navigate their way through the publishing and creative space – ALLi being an obvious example of one of the very best.

Debbie: Orna Ross, ALLi's Director, has said that too many prizes and grant funding for authors focus on paying them cash, essential a quasi-salary, to buy them time to write, rather than adding expertise. The structure of the Lindisfarne Prize clearly addresses that challenge by offering membership of two key author membership associations and a ready-made relationship with a highly-regarded indie publisher. How important were relationships like this to you at the outset of your career? Or if they weren't available, is that why you have included them in the prize?

Louise: Whilst I think a cash prize can help people to overcome the financial barrier of completion in the short-term, I agree that it’s more meaningful to offer ready-made relationships and useful advice which may be more beneficial in the long-term. The Lindisfarne Prize includes funding for memberships of both ALLi and the Society of Authors as well as a free editorial package because this reflects my belief that it is immaterial whether a writer chooses to publish their work independently or traditionally (that is a matter for them to decide), the most important ingredient is investment in the story and in the person’s creative wellbeing.

Aside from myself, we are fortunate to have the director of the Newcastle Noir Festival on our judging panel, alongside representatives from Newcastle Libraries, Cheshire Cat Books and David Whetstone, former Arts Editor of The Journal and the Evening Chronicle.

Debbie: Will the Lindisfarne Prize be judged blind, ie the judges won't know who has written each submission?

Louise: Yes, names will be withheld during the final judging process (albeit earlier checks will be made to ensure the submissions meet with our entry criteria).

Debbie: It's very refreshing to see a new prize which doesn't differentiate between being trade-published and self-published: to be eligible for the Lindisfarne Prize, candidates can't have been published in any way at all! (This meshes very well with ALLi's Open Up to Indies campaign.) Why are you restricting it to complete beginners?

Louise: There are various existing prizes (for example, the Kindle Storyteller Prize, and prizes through New Writing North and other organisations) which are open to writers who are already published. In this case, we wanted to reach out to people of eighteen and above who have not yet reached the stage of publication and for whom winning the prize may encourage them to reach for their dreams and go the final distance.

Debbie: To be eligible for the Lindisfarne Prize, entrants must either live in the north east of England or write in celebration of the north east of England. Does this mean that entrants could live anywhere around the world? I'm imagining the Newcastle diaspora around the world, writing in nostalgic recollection for their beautiful homeland! Must they be available to attend the prize-giving on the night?

Louise: Yes, in theory an entrant can be based anywhere in the world, so long as their writing celebrates the region around the north east of England. They must be available on the evening of the prize giving (where our Lord Mayor has kindly agreed to present the award), but I’m sure we can be flexible with video-links etc. in special cases!

Debbie: Finally a few questions about what's next for you: do you intend to continue your DC Ryan series ad infinitum, or to diversify into other series – and if the latter, will you continue to focus on the north east of England? 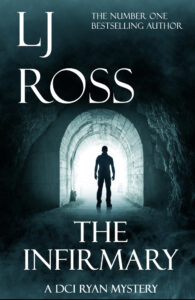 Louise: I still very much enjoy writing the characters in the DCI Ryan series, but I would never continue unless there is a good story to tell. I have also begun to write another series based around a psychological profiler, as well as mapping out several standalone novels based elsewhere in the country.

Debbie: What other parts of the world might you celebrate in future novels? I spotted on Facebook the other day that you were enjoying a spontaneous trip to Paris. Are you ever tempted to send your detective on an overseas mission? (Book 6 of my own Cotswold cosy mystery series is taking the heroine on a jaunt to Ithaca, and in book 8 she's heading for Inverness – though the stories will always start and finish on her home turf in the Cotswolds!)

Louise: Yes, I was fortunate to live in Florence and Paris during my late twenties,  so I’m fairly familiar with those cities. I managed to include some of my local knowledge of Florence in one of my DCI Ryan novels, The Hermitage, which is partly based there. In my next series, I plan to take my main protagonist around the world, and I’m looking forward to the research!

Debbie: Thank you so much for telling us all about your new Lindisfarne Prize, and on behalf of the indie community, huge thanks for setting up this generous initiative, which we hope will inspire many new authors to follow in your footsteps and encourage other similar prizes to be set up around the world.

Exclusive interview with @LJRoss_Author about her new initiative to encourage new writers & books about #Northumberland, the #Lindisfarne Prize. Click To Tweet