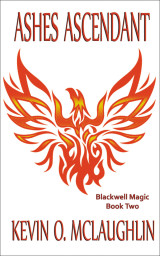 What Is Literary Fiction and Why Does It Matter? 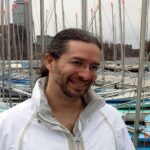 Reports of the death of literary fiction are greatly exaggerated, claims US science fiction and fantasy author Kevin McLaughlin, who pins down this elusive term with a clear definition and explains its importance and relevance to modern indie authors .

I don't think the literary fiction label is outdated at all. It's an unusual genre – but it is, today, certainly its own genre, with its own fanbase, tropes, and modes.

The Definition of Literary Fiction

In general, most fiction is plot driven. Literary fiction is usually not.

Most fiction has fairly clear heroes and villains, although there is often at least some ambiguity. Literary fiction tends toward less hero/villain and more “just people”.

Fiction in general has grown more spartan in description over the last hundred years, mostly because with motion pictures and the internet, we don't NEED the level of description writers in 1900 required to draw “mental pictures” – our readers today know what these things look like already. But literary fiction tends toward emulating the more descriptive prose of the past.

One of Kevin's self-published novels. arising from the flames of tradition

Literary fiction is a way of writing that is extremely popular to a subset of readers. It's not better or worse – it's different.

Just as a reader of Regency romances might not really care for a space opera novel, a reader who loves urban fantasy might not like a magical realism literary fiction tale – because even though the settings are very similar, the way those stories would be told will be very different.The label is important, therefore, to help readers find books they will like, and avoid books they will not.

“What #literaryfiction really means and why it still matters by @KOMcLaughlin for @IndieAuthorALLi: https://selfpublishingadvice.org/literary-fiction-defined/ #selfpub”

Kevin O McLaughlin is an award-winning sci-fi and fantasy author based in Boston, Massachusetts. Read more about Kevin on his website www.kevinomclaughlin.com.