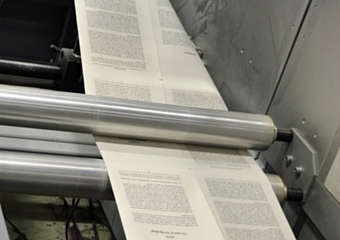 Calls for unity in publishing across the trade/self divide made the news this week, along with Author Earnings's latest report, which turned attention to the UK; a new e-book conversion tool; and how one indie novel broke into the best-of-year book list at the Washington Post (Hint: a little help from Jeff Bezos). Valerie Shanley rounds up the latest from ALLi partners and friends… 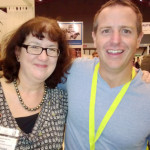 Hugh Howey, the face of Author Earnings with our Debs

The indefatiguable Hugh Howie and Data Guy turned their attention to the UK in their Author Earnings Report this month.  As ever, the report is full of fascinating facts and figures about how publishing looks when you include indie authors in your statistics. According to the IPA, ten countries make up 75% of global sales of books of all formats, with the USA about equal to the the next 4 combined: China has 10%, Germany 9%, Japan 7%, and the UK roughly 4%.

But when it comes to digital book adoption rates, most of those countries significantly lag the United States. As a result, the US now makes up a far larger portion of the world’s digital book market than print — well over half of it (emphasis theirs). The UK comes next, and is currently the world’s second largest market for digital books.

The report concludes: “Previously unquestioned truisms, about the best way for an author to publish their work and reach readers all around the world, now bear careful re-examination… The doom and gloom pronouncements [come] from legacy publishing organizations who are having difficulty navigating these changes [but] the broader picture is this: today more authors are able to reach readers and earn a living selling their art than ever before.” More (much more, carefully annotated and analysed) in the report here.

Indie publishing platform IngramSpark has rolled out a new e-book conversion service for its authors and small publishers with work already in print. Users can now 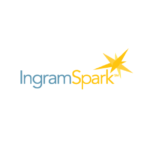 request a conversion of their print title to an e-book from their IngramSpark dashboard or from the Titles page.

There is a charge of 60 cents per print page for the service which will also run a quality check before placing the title into the company’s distribution network of 70 online retailers. All converted e-books will require an ISBN, but the new dashboard feature allows users to purchase an ISBN directly from Bowker. Check out the finer details on the IS newsletter.

Power To The Publishing People (However We Publish) 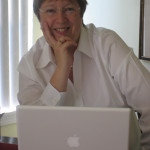 At this week’s inaugural Author Day from The Bookseller, there were calls for unity rather than one-upmanship between trade and self-publishing from ALLi member Jane Steen and ALLi founder and director Orna Ross (one of the Bookseller's Top 100 People in Publishing again this year) spoke of the dramatic change in the industry, and why every author should self-publish, at least once. For now, generally speaking, indies should begin with a focus on digital (ebooks and print-on-demand), said Orna, as that is easier — but the industry is constantly evolving.

“The winds of change are blowing. There is a power shift moving towards authors, which means as writers we have to claim the responsibilities as well as the freedoms. We have to step up to the plate. We have to actually do the work.” Read the full Author Day report here and you can see the full text of Jane's speech here on the blog tomorrow, and Orna's in her regular first Monday opinion slot on Monday next.

e-Books Should Be Better 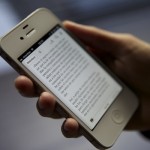 The ongoing debate as to whether e-books sales are falling or rising shows that the publishing industry is being as badly led as that of newspapers and magazines. That’s according to a report in Talking New Media stating that publishing is being ill-served by their trade associations, trade magazines and by those in the technology area responsible for improving digital publications.
“Take e-book publishing platforms. The advancement of ePub3 is taking place at a glacial pace, while the device platform creators such as Apple, Amazon and Google are doing nothing to create cross-platform standards that will lead to better e-books,” contends author of the report, D.B. Hebbard.

“Most e-books – those that represent the vast majority of sales – are pretty bad,” he says. “Advancements are slow, so slow that many of those who thought they would by now only be reading e-books have returned to discover the joy of print. And why not, print is great, having 576 years to have perfected the medium.” But of course it’s possible to create better e-books, says Hebbard, setting out the case in the full report here (link)

As reported by the paper, their romance reviewer didn’t think she was doing anything revolutionary by including an indie book. “Mass-market trim size, e-books, experimental pricing: These are all trends that romance came to first, so it just makes sense that excellence in self-publishing exists here.” Worth noting, of course, is that Serving Pleasure was published through Amazon’s CreateSpace, while The Post is now owned by none other than Amazon CEO Jeff Bezos.

Nine years in, still with us, and even used by some writers (David Mitchell, Neil Gaiman) to publish and distribute short stories – but is social media’s chattiest technology really effective for authors? Twitter may be the quickest way to interact with readers; but many authors feel it devours too much time.
Author and confirmed Twitter aficionado Kirsten Oliphant, writing in a guest post on ALLi partner Jane Friedman’s blog, is emphatic about the benefits of tweeting.
‘Being intentional’, as she puts it, is the best way to get the most out of using the medium with the least effort. Here (link) she shares a 15-minute daily plan, stressing the importance of being both a creator (sharing your own content) and a curator (sharing the content of others). 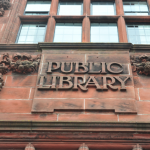 Quiet Please – The Library is Working

Are libraries fast becoming publishers in this digital age? That’s what a report (link) in Semantico debates, honing in on innovative developments in academic libraries in the US that are putting in production facilities for online courses and MOOCs (Massive Open Online Courses).
“About 35 academic libraries today are publishers themselves. So where campuses used to have the publishing house on campus, it’s now embedded in the library itself’ according to the report.
“The growth of Open Access (OA) education demands “‘serving researcher and author clients with high-quality, affordable (or free) content’, while that of publishers is chiefly margin preservation.”
However, the report concludes that OA is likely to remain something of a minority interest for some time and while libraries are being revitalized, “such changes seem unlikely to pose any particular threat to publishers” for now.