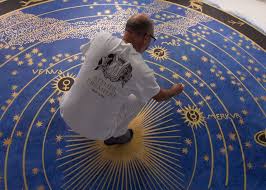 Trying to make any sense of the recent violence in Paris and ongoing in the Middle East is a depressing exercise, and yet, dialogue through literature, as writers know, can in some ways bring a  degree of understanding and insight beyond the numbing, endless reports of atrocities.

New York was host to a number of literary events earlier this month, one of which was the Festival Albertine. Now in its second year, this occasion brought American and Arabic voices together, exchanging conversation around books and ideas. Diverse cultural perspectives were expressed by writers throughout the French-speaking world with roots in Algeria, the Lebanon, Syria, Libya and Mauretania. Organisers say the aim of this cross cultural festival is “to engage in conversation in the US, reflecting the diversity and creativity of the Francophone world today, with all its cultural richness, contradictions and energy.”

The theme this year focused on issues of identity, racism, artistic creation and terrorism. What could be more topical?

Snack on a story

A happier news story from France is the introduction of innovative vending machines dispensing a selection of short stories in Grenoble.  Eight of these machines will be placed throughout the city, offering free-of-charge literary ‘snacks’ of one, three or five-minute duration for those seeking creative sustenance.  The 140,000 users already subscribed to the Short Edition app,  which powers the machines,  can themselves also contribute to the printouts. 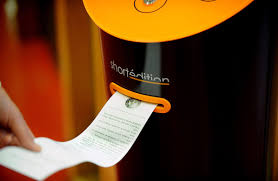 The man behind the app is digital publishers Christophe Sibieude.

“The idea came to us in front of a vending machine containing chocolate bars and drinks. We said to ourselves that we could do the same thing with good quality popular literature to occupy these little unproductive moments.”

A story to go? It could catch on.

ALLi does the Rights Thing

The Alliance of Independent Authors (ALLi)’s innovation and global reach takes another step forward with a new Members' Rights Guide for professional members being taken to international book fairs, through the alliance's association with dedicated literary agency Toby Mundy Associates (TMA), and in association with Ed Victor Ltd. (EVL). TMA will create and circulate the guide, concentrating on suitable works of fiction,  twice a year, to publishers all over the world, to scouts, and to interested film

and TV people, and will represent these books at major international trade fairs.

ALLi Director Orna Ross has the finer details. “This service is open to ALLi professional members who can demonstrate stable, or increasing, sales and have achieved average sales with their three most recent titles of 50,000+, or a stand-alone title published within the previous 12 months that has sold over 75,000 copies.”

To find out more about the catalogue and the subject of rights generally,  come along to the next ALLi Insights Google+ Hangout, “How Authors Sell Publishing Rights”, on Wednesday 25th November, 8-9pm (GMT), where Toby and Orna will talk about the service and take your questions.

The first ALLi/TMA catalogue will be presented in advance of The London Book Fair 2016. ALLi members submission deadline is Jan 1st.

(And … pssst!… we hear there's another rights service coming the way of ALLi members next week… watch this space!)

“We’re now seeing calculations that the October per-page payout will be $0.004809 – less than half a cent,” say HS editors Porter Anderson and Jane Friedman. 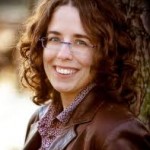 Jane Friedman, on the page at The Hot Sheet

“Amazon sets the total KDP Select Global Fund amount monthly. The amount for October has been set at $12.4 million, up from $12 million in September.  In November’s payments, authors will see the first effects of the new territorial/national adjustments.”

The HS bottom line is that while this month’s change in per-page payout isn’t upbeat news, “it may have less effect on authors’ take-home pay than the internationally varied rates going into force this month. And those coming effects might be more anecdotal and harder to parse because territorial sales appeal may differ widely from author to author.”

For more on this, other self-publishing news updates, and the at-a-glance Hot Sheet Index detailing activity in the publishing world, subscribe here to The Hot Sheet for regular bulletins.

Pressing business in the library

A  “new indie author composition” service is set to offer self-publishing software and services across the US. 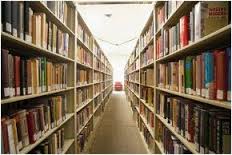 Pressbooks Public is a partnership between US library digital  services provider BiblioBoard and Canadian online book-production specialist Pressbooks. This will create a route for local authors to create and distribute an ebook to US libraries as well as through commercial channels.

Announced during the NaNoWriMo project running throughout November, the new service is expected to be fully launched at the American Library Association MidWinter conference in Boston in early January.  Read more on this here and on BiblioBoard’s link with Library Journal and their  SELF-e discovery platform which enables the offering of pre-screened self-published books throughout the 299m patron US library system.

Still with Library Journal (LJ) and the announcement of the four winners and runners-up of their first Self-published Ebook Awards. The books, curated and hosted on SELF-e, were chosen by a volunteer committee of librarians.

The competition recognizes authors who submit the best ebooks in their respective genre: fantasy, science fiction, romance and mystery, and offers the chance to win a cash prize, a full Library Journal review, an ad in LJ’s Best of Books edition in December, and recognition at LJ’s Self-published e-book Awards reception in Boston.

Draft2Digital ticking all the Mail boxes

Self-publishing platform Draft2Digital are letting their authors know that the road to discovery by readers is there via a handy tick.

You've got mail with D2D

Building a mailing list is one of the tasks required of any indie author who wants to build connections with fans, but that building process eats into valuable writing time. Enter Draft2Digital and their new release notifications service. This drops a page into the back of your book that directs readers to a signup.

After that, whenever you release a book, their new affiliate Books2Read will send out an email informing readers. Check out the D2D blog post for more details. 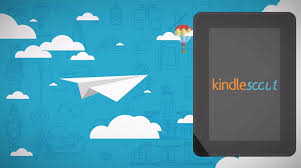 What’s the word on KS from ALLi members who already use the platform?  Check out our ALLi feature from July which includes members take on KS and their advice.