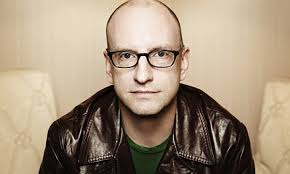 Indie Authors: The View from Hollywood. By Walt Morton.

What's going on with John Green and his Why I'll Never Self Publish (and Sue Grafton's Self-Publishing is a Short-cut, a while back, for which she made a gracious apology), and all the rest? Both authors expressed opinions that sent shockwaves of anger and activity across the blogosphere as indie authors fumed.

I live in Hollywood (more or less) and I have a slightly different take on the matter.  For most of the last sixty years there have been two communities in Hollywood. The studios (MGM, Paramount, etc.) and the independents (Roger Corman, Jim Jarmusch, etc.)

The studios — big, corporate Hollywood — have always known they were investing a lot of money in mass entertainment. Emblematic of that system was MGM studio boss Louis B. Mayer who only wanted to make “crowd pleasers.” But there were always some independents that felt the big studios weren't serving the interests of particular groups.

A good example is horror fans. The big studios had made a few horror movies with literary pedigrees (Frankenstein, Dracula) but no studio would finance anything as “sick” as Night of The Living Dead (1968.) Indie George Romero made his ur-text zombie movie for die-hard horror fans for $US114,000. It struck a nerve, became a classic, and has since earned over forty million dollars, while also spawning countless rip-offs and a “zombie meme” that continues to spread like a virus.

We indie authors have the choice and the power to follow our own vision of what we'd like to see on the page.

I don't have to try to write a crowd pleaser. I can work to connect with hundred thousand fans on the internet with similar tastes. The internet enables this kind of “fan-fiction-clustered-around-a-meme.” We should embrace that.

Restrictions of the Studio System

Now it is true, that in the history of Hollywood many independent filmmakers yearned for a bigger budget and wanted to go make a big “studio picture.” The indie-director imagined how great it would be to have a star trailer with their name on the door and an assistant to wipe their brow, as authors imagine the ease of having powerful agents and publishers.

But there were always big talents in Hollywood that chaffed under the restrictions of the studio system and wanted “artistic freedom.” The latest of these talented individuals to announce that he will make no more studio movies is Steven Soderbergh.

In April 30 of this year gave a speech where he said: “(Independent) cinema is a specificity of vision. It’s the polar opposite of generic or arbitrary and the result is as unique as a signature or a fingerprint. It isn’t made by a committee, and it isn’t made by a company. It means that if this (author) didn’t do it, it wouldn’t exist at all.”

I say: take advantage of your personal unique indie vision as an author, be it horror, thriller, romance, Western, detective, historical fantasy, or whatever. Being indie is not a liability, it's empowering.

The full unedited text of Soderbergh's speech is here: http://www.deadline.com/2013/04/steven-soderbergh-state-of-cinema-address/

What do you think? Why are you indie? Or not?