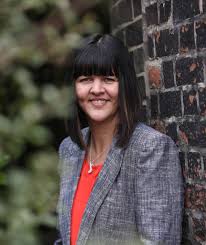 “Twitter changed my life, it really did.” Mel Sherratt talks about the writing and publishing strategies that have made her a bestselling indie and led her to her to signing a two-book deal with Thomas & Mercer this week.

Bloody-minded stubbornness, I think! I’ve always wanted to write books and to have other people enjoying them is such a great feeling. I think my popularity comes from keeping things real and not being afraid to tackle any subject. I’m an easy-read, gritty writer so I’ll never win any prizes for my literary style — but I can pack a mean punch within a sentence or two. I’m told my writing is very visual and often emotional as well as dark; two things that readers look for.

It was undoubtedly pressing the “Publish” button on Amazon KDP to launch TAUNTING THE DEAD. It was the scariest thing I’ve ever done because it could have given me a break or it could have gone horribly wrong. Although the self-publishing stigma is still around to a certain extent, in 2011 the arguments against doing it were much stronger. I wanted a trade publishing deal and was worried that a traditional publisher wouldn’t want anyone who had self-published.

However, the success of TAUNTING THE DEAD allowed me to bring out several other books through KDP, which led me to pick up many loyal readers.

I often think there is an element of luck in everything we do – right place, right time — but maybe it’s about putting yourself in that right place at that right time? I just never gave up.

I made a lot of contacts over the years that I ran my blog High Heels and Book Deals. The more people you get to know, the more you can network to get yourself in front of the right people. Over the past couple of years, I’ve said yes to most things I’ve been asked to do. Talking on two panels at London Book Fair 2013 (The Author’s Journey and The Future of Publishing for Authors) was one of the scariest things I’ve ever done — but also one of the best. It made me realise just how far I had come.

Also for me joining Twitter changed my life, it really did. Writing by its nature is a lonely profession and I hardly knew a soul before I joined. Now I’m followed by the likes of Ian Rankin, Peter James, Mark Billingham, Mandasue Heller, and Daniel Clay, all authors I read and have admired!

I’ve now met them all except Daniel, who I’m hoping to meet later this year.

I have to do my writing first thing in the morning for as long as I can. If I have a morning appointment, I often can’t start writing again for the rest of that day. I don’t know why, so I accept it now and do the other things I need to do — such as guest blog posts and interviews, proofreading, searching for cover images, copy etc. — later in the day.

Getting started on a new project, I’m just as bad as lots of other writers. I procrastinate like I don’t know what. So for me, if I start early I’m liable to get at least some words down. Once I’m going, I’m fine.

My writing always has to come first. I’ll  go to ground doing a draft or a rewrite, I have to stop everything else until it’s done. There are times when I can combine both, for instance when I’m starting a project and am only doing a few words a day, but once it takes over, I’m an all-consuming writer. So I write fast to get my ideas down. That’s when things get pushed on to the next day’s to-do list.

Having said that, if I’m asked to do a guest spot or interview, I always add it in to my diary, allowing myself time to do it just before it’s required. I’d hate to let anyone down so this is the only way I can do it, block off the time during periods when I can’t write.

But anything that can wait, waits. Often when I’m finished with a project, I have a scary list a mile long on and it can take me days to catch up.

Well, I’ve just got a two book deal with Thomas and Mercer! And I’m thrilled. They are repackaging my self-published novel, TAUNTING THE DEAD and a new novel, WATCHING OVER YOU, publishing them both around the end of the year, launching them across the UK and US.

I’m also going to be working to get the first draft of my next novel down. Unfortunately, Book Four of The Estate series has had to go on hold for now — but I’m hoping to get time to do that next year. And that people will enjoy reading my psychological suspense books just as much.

As much as it is quick and easy to upload a book nowadays, don’t rush. Make it as good as you can, no matter how long it takes. And remember: no-one can see their own mistakes!

Ever since she can remember, Mel Sherratt has been a meddler of words. Right from those early childhood scribbles, when she won her first and only writing competition at the age of 11, she was rarely without a pen in her hand, or her nose in a book. Born and raised in Stoke on Trent, Staffordshire, Mel used her beloved city as a backdrop for her first novel, TAUNTING THE DEAD, and it went on to be a Kindle #1 bestseller in three different categories and a top 10 bestselling Kindle KDP book 2012 on Amazon.co.uk. She has also self-published three books in The Estate series. Determined never to give up on her dream of a traditional deal, Mel has recently signed a two book deal with Thomas and Mercer and couldn’t be more thrilled.