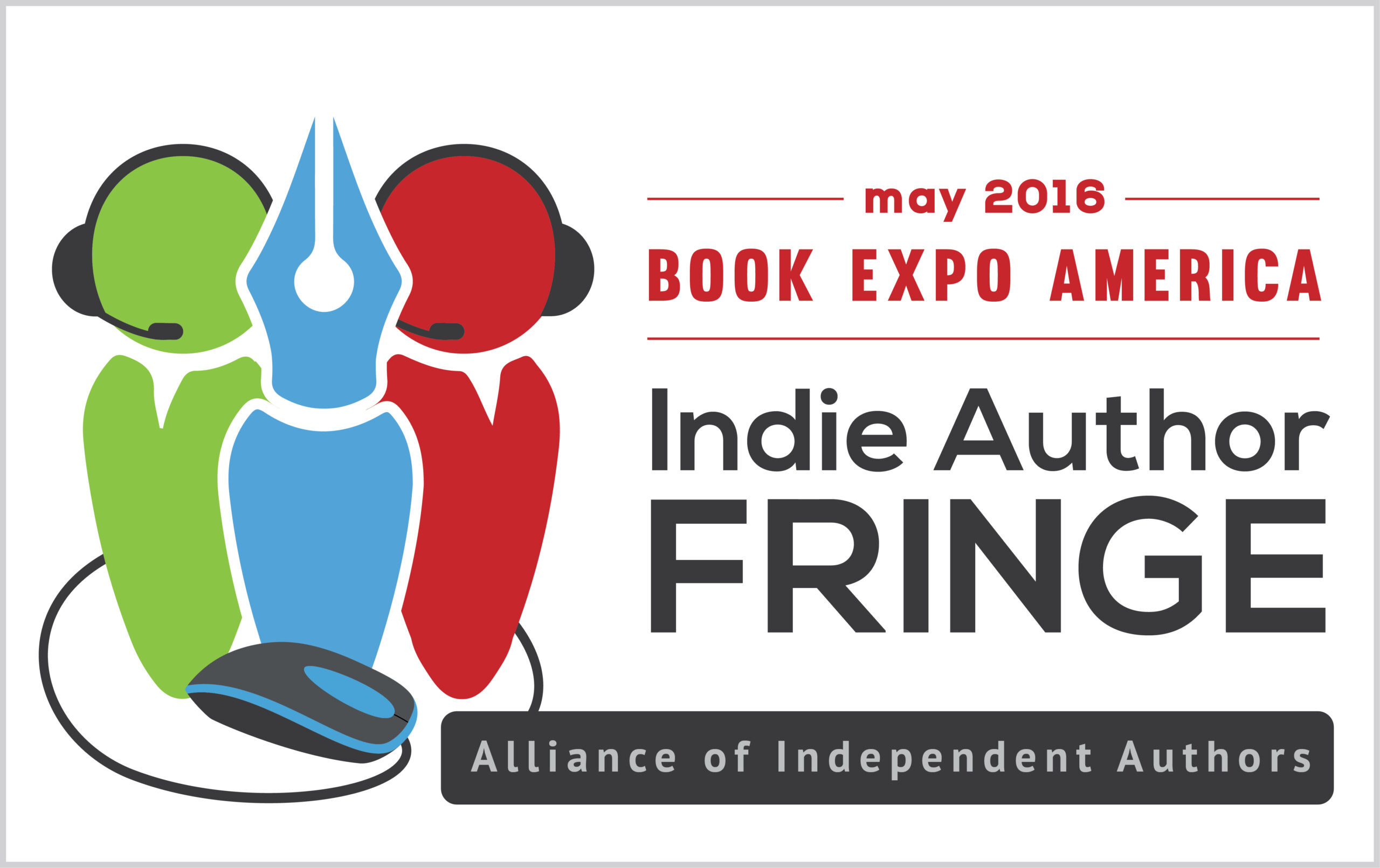 In this article, Members of the Alliance of Independent Authors  provide feedback about the pros and cons of using Dragon for speech-to-text. If you're considering switching from keyboard to microphone to write your daily word count, here's input to help you decide if you need a Dragon of your own. 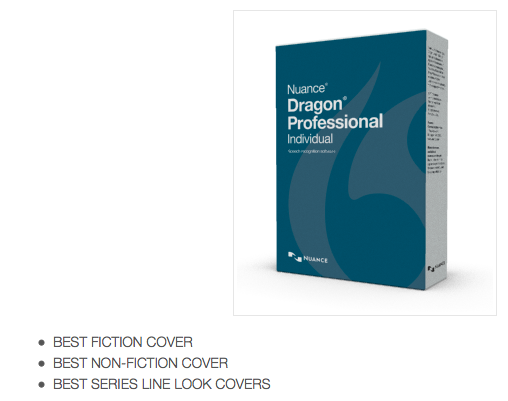 of our Indie Author Fringe conference, allowing us to keep the event free for authors, and is also kindly donating three prizes for our cover competition.

We only invite sponsorship from services that we believe are doing a great job for authors and speech-to-text software is the single best tool to speed up your production.

On our member forum, we said:

“We want to hear about your experiences of speech-to-text for a post we'll be doing about the pros and cons”.

Here is a selection of replies from Members of the Alliance of Independent Authors:

I've been dictating for years and find it a quite comfortable way to create new material. I've used various versions of Dragon over the years, both for PC and for Mac. I'm a fast typist, but Dragon is much faster. Dragon makes mistakes, but so do I — and so did any transcriptionist I've ever worked with. On the keyboard, I create a clean first draft that requires very little text editing. Training Dragon to perform so specifically has been a challenge. I've improved Dragon's accuracy by choosing the right microphone and dictating into a program other than Word, which seems to have some software conflicts with Dragon that decrease accuracy.

I find that I get the best at accuracy with dictating into Text Edit instead of Word. Other authors say dictating directly to Scrivener works well, if you use that program. Word has a lot of hidden code in it and my theory is that the code conflicts with Dragon and when that happens, Dragon loses! I still dictate into Word when I'm sitting at the computer and can make corrections as I go.

On microphones, I've used a lot of different ones. I can get decent accuracy using the microphone that's built into my laptop. In other words, no headset at all.

I have severe cerebral palsy, so I have been a voice activation user since before it was widely available on the public market. I currently use Dragon Dictate 5.0 for Mac because I prefer the Scrivener version for Mac. The accuracy of Dragon Dictate for Mac has come up to the point where it nearly matches Dragon NaturallySpeaking 14 which they are now marketing as Dragon Individual Professional. However, Dragon Dictate for Mac 5.0 is still more glitchy on correction. If you plan to be a power user of voice activation software, Dragon is still the way to go. It is by far and away the most powerful engine out there.

If you use Windows 10, you need Dragon NaturallySpeaking 14. If you have an earlier version of Windows, 13 Premium will probably work. However, Nuance has a habit of upgrading about every nine months or so and they only support the previous two upgrades.

This is expensive software, but it goes on sale frequently, so it’s worth looking around for a good price.

Don’t skimp on your microphone. Aside from your computer, it is the most valuable part of your system when it comes to voice activation software. My personal recommendation is the Yeti microphone by Blue Mic. It is quite simply the best microphone I have used in twenty years (and I have a drawer full of microphones I never use ranging from Dollar Store mics to ones designed specifically for voice activation software costing well over five hundred dollars.)

Using voice activation software takes practice. It’s a different skill to be able to speak your words. It takes a lot less training than it used to. You no longer have to read copious amounts of words to make the program work, it’s more a function of training your brain to process words differently.

My work in progress is my eleventh book, I write about eighty thousand words a month. It’s safe to say I am a pretty committed user of a voice activation software.

I used it – and the remote app on my phone – to brainstorm the plot of one of my previous books. I sat in the garden engaged in a two-sided discussion, asking a question then answering it and asking another question … a kind of dialectic to get the creative juices going. I couldn't use it for writing fictional prose because I can't think clearly enough in my head in order to speak equally clearly.

I was using speech-to-text for a while. I did much of my writing during my morning commute, though, and I found that my fellow passengers became concerned when I'd start mumbling, “The knife felt comfortable in his hand,” or “Disposing of the body was easier than I'd imagined.”

Earlier versions of Dragon couldn't cope with my Scottish accent, but the latest one is a big improvement. I’m using Dictadroid on my phone, together with the transcription function on Dragon, to get rough drafts done much more quickly now.

I tried Dragon. It didn't hear a word I said until I got really angry then it could hear an expletive it transcribed as Q.

I've been using it for over 15 years. I love using it for first drafts of my novel. I have a Boston accent so it trips up sometimes but for the most part it's pretty accurate and saves my hands and elbows when I'm on a writing binge. I have to fix weirdness and errors of my own in the revision stage anyway so it's a great way to get the bones of the story down quickly.

I started using Dragon Naturally Speaking 15 years ago when I worked for social services. I have a rare type of muscular dystrophy and am loosing control of my hands and feet so typing was difficult. Over the following five years Dragon (owned by Nuance) put everything into making it better and bought up their competitor, ViaVoice. They did a brilliant job and about five years ago technicians realised there was little they could do to increase voice recognition in future it was so good. And it is. Even just using it out of the box it's excellent unless you have an unusual accent.

When setting it up you read it a story from a selection on the tutorial, there's a choice from Charlie and the Chocolate Factory and others so it gets to know your own voice profile. The programme then matches your speech to each word and you're ready to go. It is so quick you can easily write three thousand words a day. It helps to pronounce each word individually, it's easy to slip into running words together in casual speech like ‘what d'ya wan' and it will struggle to pick that up. But if you want to train it to recognise that you can, there's a place where you can match a written word with text and it'll pick that up in future.

Usually if it makes a mistake I say, ‘correct ….' and it'll highlight the word, give you options and you can say ‘choose 4..' or whatever you want, or you can spell it and again it'll remember that in future. There are lots of videos on youtube showing how to do that. I use a headset microphone but it works quite well with no microphone, you just speak and it picks it up, but in my house dogs bark a lot and a microphone helps screen it out. It'll work with the tv on too, especially with a microphone. It's fantastic, I love it and often show others how it works and let them try it, the recognition is still impressive even with no training.

The Home version is great, and the Premium version allows you to use a compatible voice recorder anywhere, plug it into the computer later & your words appear on the screen, the Professional version also has specialist words for doctors, lawyers etc.

One thing though, Dragon for Mac simply isn't as good, I found out to my cost, it adds and deletes bits here and there.

I started using it in Jan, after years of saying “I wasn't the type of writer who could speak my words … and I didn't want to speak punctuation.” In reality, it only took a day or two to train my Dragon by reading my own fiction to it. I now dictate fiction and non-fiction while at my standing desk and I also record audio notes while out walking and use the Transcribe option.

It's boosted my first draft hourly rate to around 3500 words per hour (from 2000) but in general, is “easier” because it is more relaxing. I have to then go through and lightly edit but it's definitely improved my speed, relaxed my ‘voice' and improved my dialogue as well as my health as I am either standing or walking. I intend to keep using it for all future books. Thanks Dragon!

I've been using Dragon for Mac for a few months now. The program mostly functions well, but you can guess I cannot dictate ancient Egyptian names to it. But I've become pretty good at typing the names and then continuing the dictation. Sometimes a word makes the program stop writing and start searching for something in the text and I cannot make it stop until it has gone through the whole chapter. After that when I write, it puts an extra letter after the full stop of the sentence I just dictated. It is always the same letter, for that session. But in the next instance when this little bug happens, the letter changes to another one. I have to close Scrivener and open it again (takes like three seconds), and then this little hiccup has disappeared. Other than that, I'm quite happy with Dragon dictate – I almost did not buy it when I read what the techie geeks were saying about the program on the net. But I am glad I decided to give it a try.

FUTHER RESOURCES (With thanks to Diane Capri & Lynne Pardoe):