Mega stats are making the news this week, from raising a billion users to earning a six-figure indie income. Valerie Shanley adds it all up from our ALLi partners and friends.

Sun shines as new ALLi China Ambassador … China is the place to go for the mega stats, e.g. over

60 millions eBooks were bought there in 2014. Now ALLi’s global reach takes another bold step into that massive market with the appointment of Christine Sun as our new ALLi China Ambassador. And no better woman for the job. Christine,  a bilingual writer, translator, reader and literary critic based in Melbourne, Australia,  has vast experience  in traditional as well as self-publishing in diverse markets across the world including the US, UK, Australia and Taiwan. Her website eBook Dynasty is the only publisher of Chinese eBooks outside Chinese world, assisting English language authors, agents and publishers to translate, publish and promote their books in both traditional and simplified Chinese. A warm, ALLi welcome, Christine.

Watt When Where How …Wattpad may be  currently shut out of China, but co-founder Allen Lau believes it will easily reach a billion users globally. The free platform connecting writers with readers currently attracts up to 45 million users monthly, the majority from the under-30 age bracket. Two-thirds of the traffic to the Toronto-based site is from outside North America,  with English as the top language used,  Spanish second at 15%,  and Turkish now third with 10% of traffic. “ Mobile has been helping people to read and write more and is now the dominant way of access the internet,” says Lau in this Publishing Perspectives interview. Along with reaching those billion users, the plan is to monetize them through content marketing and licensing. “For brands and advertisers, there is no better place to tell a story than on the world’s largest storytelling platform.” And never mind the millennials, maybe baby boomers are set to become the new Wattpad demographic? 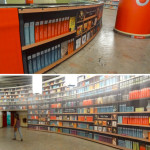 Sample a story on the eBook Platform…  Bucharest is one of the latest cities witnessing the potential of the mobile technology boom as it relates to publishing, reports the Web Urbanist. The hybrid library, a collaboration between Humanitas and Vodaphone,   mean commuters on the subway can browse and scan the floor-to-ceiling, wall-to-wall collection of ebook samples with the click of a button (in epub, pdf or even audiobook format). Another button-click brings readers to a page where they can buy the full book (one free book is thrown in, for those who do not wish to pay.) Airport novels? So last century.

Incoming from The Creative Penn … Essential reading for indies is this latest informative feature by Alli’s Joanna Penn explaining in detail how she makes a very respectable six-figure income from her work. As an author-entrepreneur, all of that income stems from writing,  but she separates it into books and blogging-related work, since the latter brings speaking opportunities and affiliate income as well as direct sales. A key tip for other indies in growing their income? Joanna draws attention to  audiobooks. 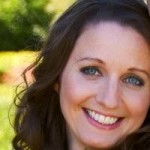 “What is more interesting is that a year ago, I had virtually no audiobook income. I am super bullish on audiobook growth over the next few years and have really been focused on growing that area. I have 10 books in audio so I expect to see that figure grow next year.” Sound advice.

FT Catches up with the times …Here comes The Financial Times telling us, guess what, that a “revolution is under way” in publishing. Keen-eyed ALLies will spot some minor bloopers in this FT feature on self-publishing (such as the dates for the launch of Amazon’s KDP), but it's mostly spot on , quoting estimates from AuthorEarnings for Amazon indie-published  eBooks accounting for 38% of sales.  As an economic paper, the focus is on naturally on business opportunities in the brave new indie world. “This sizeable market has caught the eye of start-ups promising to serve the author at almost every stage of the independent publishing process”, says the famously pink paper (itself up for sale), going on to list many of those new companies. Not news to most ALLies, but still worth a read. 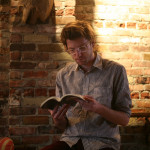 In Brief … Expect a rich harvest of bookish events this Autumn, kicking off  with San Francisco’s Litquake 2015 coming up on 9 October…  on the 13th of the same month the Frankfurt Book Fair includes a new event,  The Markets: Global Publishing Summit, co-hosted by Publishing Perspectives,  showcasing the strongest and most vibrant regions now in traditional and self-publishing (Mexico is the next biggie, they say)…if you're in New York, hurry and book for the latest Publishers Weekly breakfast discussion series on August 20, looking at new developments in the audiobook publishing industry with panel including Esther Bochner, communications manager at Audible