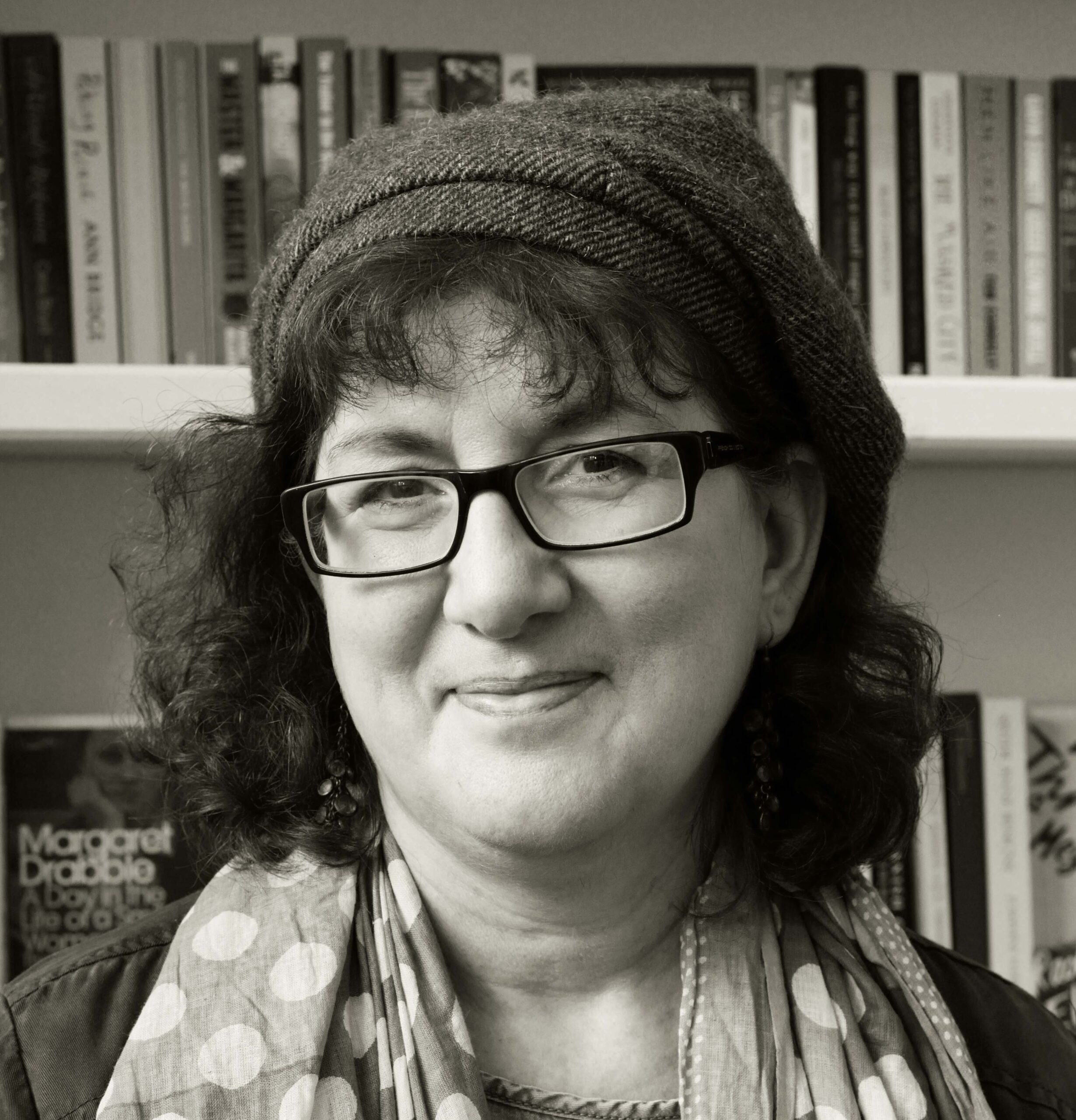 How to Host An Inclusive Literary Festival: Debbie Young 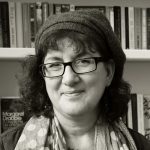 Ever thought you'd like to run a local literary event? Indie festivals are challenging the celebrity-author festival model and proving hugely popular with authors and readers. Debbie Young, the organizer of a local village festival offers top tips on how (and why) to organize your own — and do it your way.

Click here to find out more about Debbie Young

There are many reasons to found a local literature festival, and although many such events are springing up all over the place these days, each one is likely to have a different and personal history and a unique model. I'm here to share a case study of the Hawkesbury Upton Literature Festival (HULF), a successful small indie festival I founded three years ago, to inspire and encourage others to create their own. I'll be writing a more detailed account in a book in due course, but this post should give you a good idea of how it came together, why it worked, and why, three years on from its foundation, it's now a regular and much-loved highlight of my local community's social calendar.

If you have any questions, I'll be happy to help you as much as I can.

But first, a little background, so you know where I'm coming from… 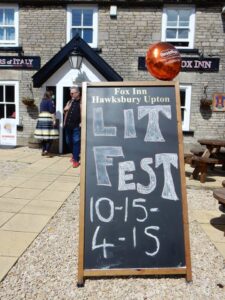 It all started at the village pub… (Photo Joanna Penn)

As well as being an indie author, I used to work for the national British children's reading charity Readathon, which encourages children and young people to embrace a love of reading, because a habit of reading for pleasure is proven to have enormous impact on an individual's success in life, not just academically or career-wise, but also in terms of personal relationships and social life.

While working for Readathon, I learned about World Book Night, which takes place on UNESCO's International Day of the Book (23 April), and which aims to do something similar for adults, too many of whom abandon reading as they grow up, and so miss out on its many benefits and comforts.

Living in a relatively isolated village in the south west of England with no bookshop or library, I wanted to create a World Book Night (WBN) celebration for this close-knit and lively community of about 1500 people. In keeping with the theme of WBN, I wanted it to be accessible and appealing to all social groups (our village has a cross-section from poor people living on benefits to millionaires), and also not to be offputting to those who aren't already regular readers.

At the same time, I wanted to offer new opportunities for indie authors to take centre stage in a litfest setting – something that I knew was generally denied to them from having co-authored ALLi's guidebook Opening Up to Indie Authors.

I therefore set it up as a night in one of our two village pubs, with free admission, and a lively, fast-moving programme of talks and readings by indie authors that I already knew.

Unlike commercial festivals, it would not focus on any individual author (or their publisher's PR plans), but would hone in what made readers tick.

I was in the privileged position of knowing a lot of indie authors, through ALLi and other connections, and it was relatively easy to persuade them to come and spend an evening in the local pub's skittle alley – a long thin room with capacity for about a hundred people – chatting informally on various topics and doing readings from their books. I explained to them that my model of the free festival meant there was no budget for a fee, but they were happy to come as volunteers – including ALLi's own Orna Ross and a local bestselling trade-published novelist Katie Fforde – to show their support for such an innovative concept. (From the second festival onwards, Joanna Penn and Dan Holloway also became HULF authors. That it's capable of attracting such high calibre authors speaks volumes about the appeal of an indie event like this.) 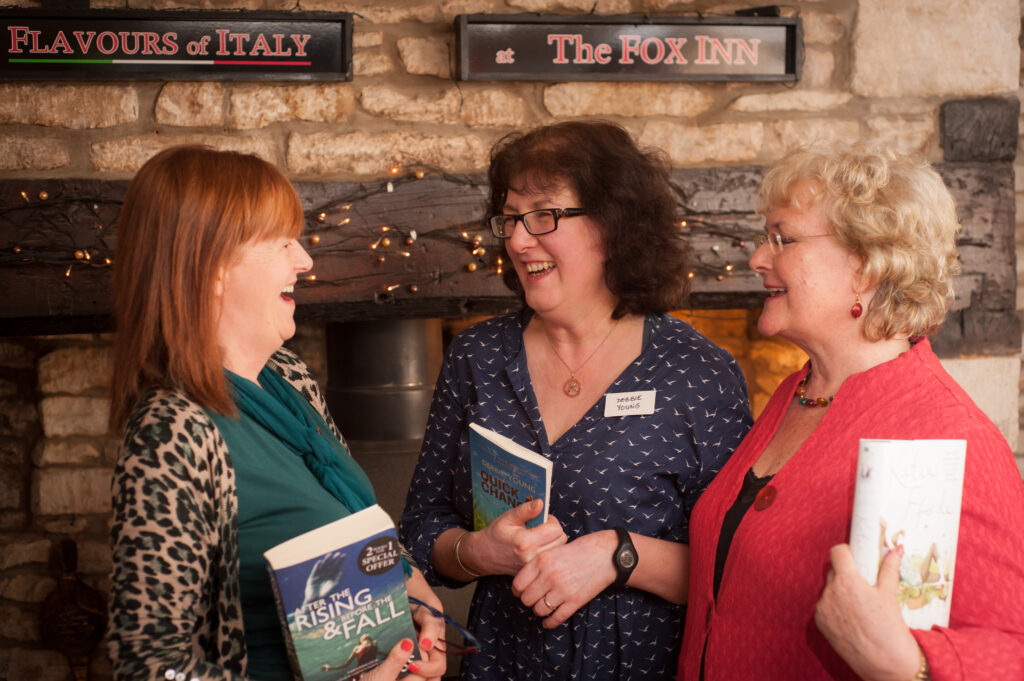 Having fun with Orna Ross and Katie Fforde at the inaugural HULF (Photo: Clint Randall)

For those who had never shared their work in public before or who had been unable to secure a booking from any other festival, they welcomed the chance to add “as featured at Hawkesbury Upton Literature Festival” to their writers' CV.

My village has an effective grapevine for publicising local events, and it's all pretty low-budget and low-tech – notices in the monthly parish magazine, posters in the village shop and on every telegraph pole in the village – but I also set up a website and shared it on social media.

I recruited a couple of locals to help marshall people, hired a photographer friend to capture it for posterity using a grant I'd successfully applied for from our nearest supermarket with a community action policy, blagged free photocopying for programmes, and benefited from a small grant for refreshments from our local writers' group (of which I'm a member), which farms its profits from its self-published books about the village history into community causes.

To cut to the chase, the net results were:

Clearly I'd struck a successful formula and the germ of an event that could grow as large as I cared to make it.

That year WBN had fallen on a Thursday so I'd made it an evening, after-work event. The following year it was a Saturday, so I added a children's tent with activities and “meet the children's author” sessions, and made it a day long event. We added a second venue for the readings (which had been in a noisy room in the pub and its garden the first time around), and a cafe staffed by volunteers to raise more funds. This year, we chose the Saturday again, and added a third venue for the talks, with better acoustics and more space. At the opening event, there was standing room only, with an audience that had come not only from the local area but many miles further afield. One guest Sukhi Jutla, even came from London (two hours drive away) and said she'd come again next year as she enjoyed it so much. (You can read Sukhi's review on her blog here – she took some great photos too!)

This year, the audience were pressing me to turn it into a two or three day event, which would be the natural next step, but I'm not ready to make that commitment just yet, and also don't want to dilute the buzz. It would also change the nature of the event, requiring the formation of a committee, regular meetings year-round, and an even larger amount of work for me that would be too distracting from my own writing.

The only audience complaint? “I want to go to everything – there's just too much choice!” Which I reckon is a good problem to have!

Yes, it's a lot of work and a big responsibility, and I'm exhausted for weeks before and afterwards, but it's one of my proudest achievements, and having seen so many fruitful new relationships built between authors and readers, it's one I'm happy to repeat year after year.

Other Reasons to Run a Festival

The reasons I set up my festival were clearly related to my personal circumstances, but there are plenty of other reasons, including:

My festival, my rules! And as Dan Holloway (and HULF author for the last two years) said after this year's festival, “It's amazing what can be achieved when you break the rules”.

Clearly I could talk about HULF all day and all night, but if you want to find out more about it, you can check out its website: www.hulitfest.com.

Now on to some practical tips, in bullet point form to make them easier to digest and handy as a checklist…

How to Set Up and Run an Indie Lit Fest 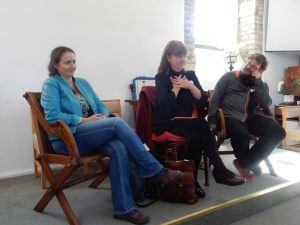 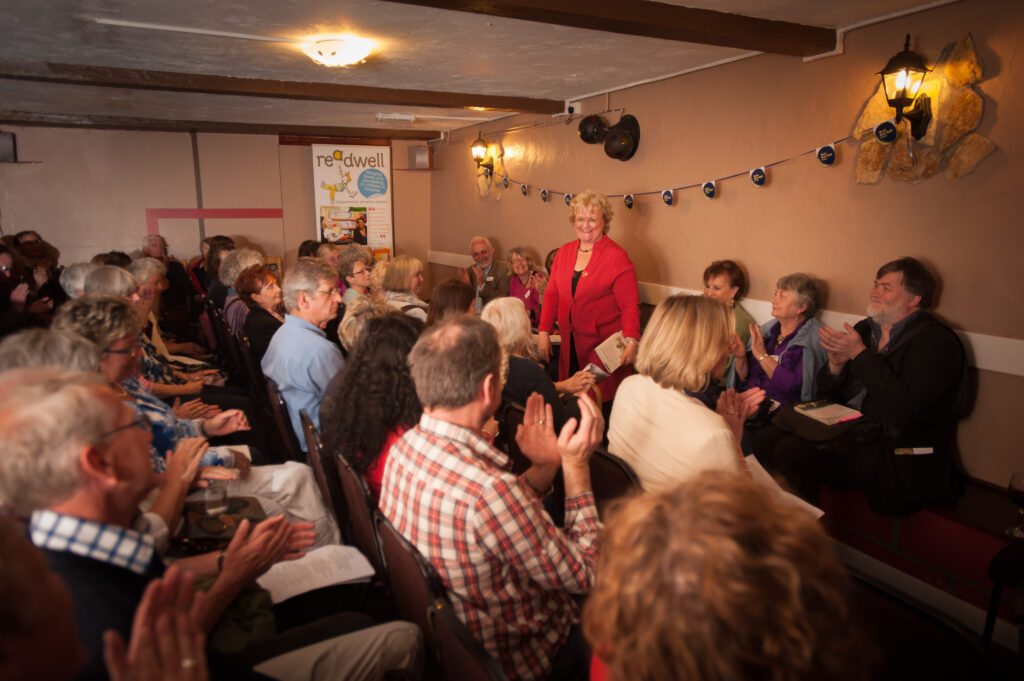 When I set out to run that first evening in the Fox a few years ago, I thought we'd have a couple of hours of fun in the pub with a few author friends, might get a few villagers in to hear us, and that would be it. From the word go, I was overwhelmed by the support I've received not just from the community but from the authors too. Hawkesbury Upton Lit Fest is now an important and immovable part of my year, and although it's exhausting, the rewards I gain from it justify the demands. Here's a list of how I've benefited personally – although I should also point out that I make no financial gains at all, giving all my time as a volunteer: 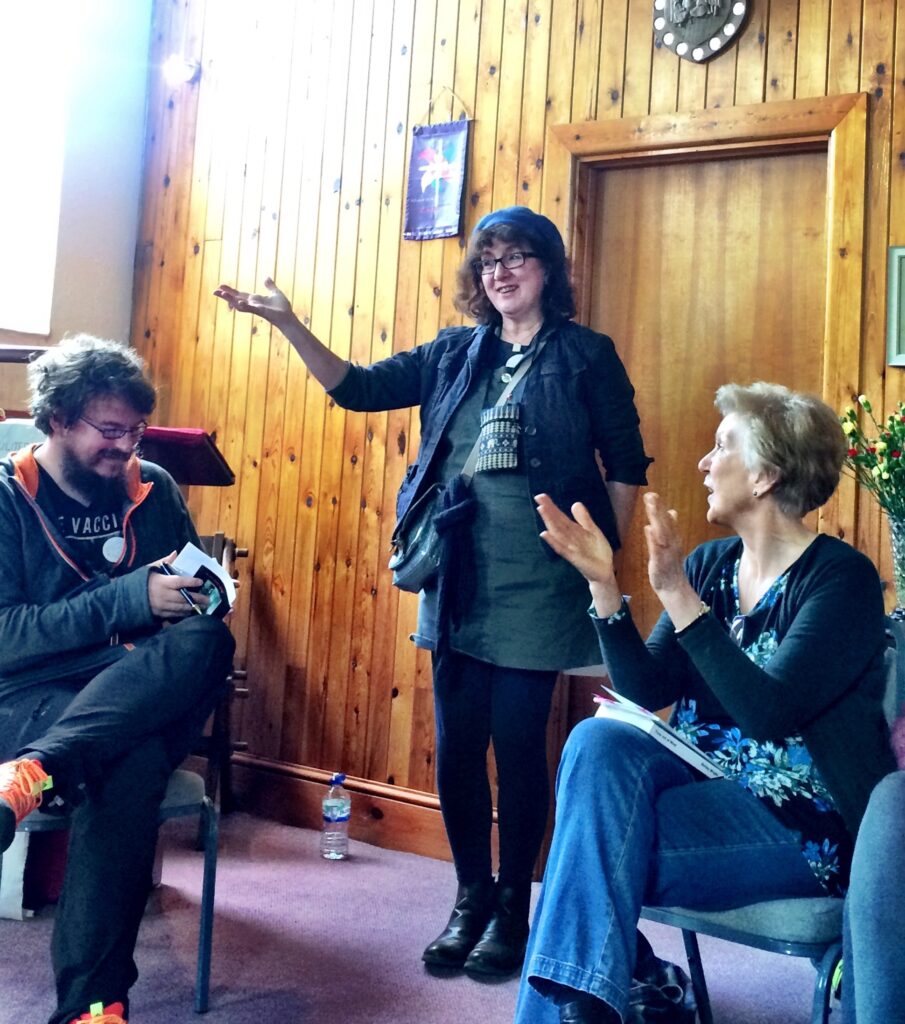 Paying tribute to Dan Holloway at the poetry readings in the Methodist Chapel (Photo: Joanna Penn)

Of course there are also selfish benefits that I have gained:

For more information about the #PublishingOpenUp campaign, read ALLi's guidebook, Opening Up to Indie Authors.

What questions or feedback do you have for Debbie Young? Leave her a comment below, or send her a Tweet using @DebbieYoungBN and our event hashtag #IndieAuthorFringe

Enter to win a signed paperback copy of Debbie Young's fun cozy mystery Best Murder in Show, in which the central characters include an aspiring writer and an independent bookseller.