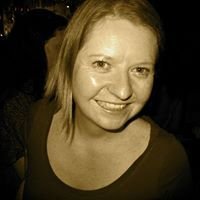 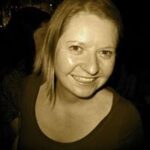 The road to becoming a self-publishing author isn't always obvious.  Scottish writer Kerry Harper, who writes as Helen Harper, describes her accidental journey from the classroom into authorship. Originally from Scotland, she now writes full time in Malaysia, with ten novels to her name.

It Shouldn't Happen to English Teacher

Everyone makes mistakes. Career-wise, one of my biggest was to step into a temporary Deputy Head position at the international school where I was teaching English. Five years ago it was a small start-up, and I took the job knowing that I’d have to retain all my responsibilities as head of department, as well as teaching, and the new requirements of senior management. The upshot was that for eight months, I didn’t have a day off. I worked weekends, holidays, evenings … all I did was work. And by the time May rolled around, I was burnt out and had nothing left to give. I needed something else.

Bored? Then Write a Novel… 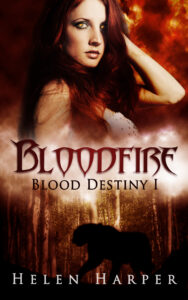 There was nothing I wanted to watch on television. I’d been working so hard that I had few friends. And I couldn’t find any books I wanted to read – so instead I wrote my own.

Every evening I’d come home, grab a bite and write. I didn’t tell a soul about it. I was lost in the fantasy world of Mack Smith, a young woman living with a pack of shapeshifters in rural Cornwall. It was a little bit like being a superhero. By day I taught English, and by night I transformed into a crime-fighting, ass-kicking heroine! Sort of, anyway.

I have eclectic tastes as a reader and I’ll devour pretty much anything. Fantasy has always been a firm favourite, however. I like the fact that you can make up your own rules and that it really is true escapism. When I was a kid, I think I read the Lord of the Rings almost twenty times! (I hated The Hobbit though…) As an adult, reading fantasy became a way out from the stress of pedagogy, parents and endless meetings – and writing fantasy even more so.

And Then There Were Two…

Work eased up and I wrote a sequel. Then both books languished on my computer for another eighteen months. I couldn’t believe anyone else would want to read them. Bear in mind, I spent my days teaching English literature. The two books I’d written, Bloodfire and Bloodmagic, were fun, but they weren’t Shakespeare. Or Atwood. Or Steinbeck. Or Tolkien. Or… well, you get the picture. I couldn’t imagine any of my fellow teachers finding out about them, let alone the students.

It wasn’t until Boxing Day 2013 that, on a whim, I thought I’d enroll with Amazon. I’m still not even sure to this day what it was that finally prompted me to do it. Post-Christmas slump perhaps. In my wilder moments, I dreamed of selling ten thousand copies.

I was ecstatic to receive a few sales that first month. The second month there were a few more. Then more and more and more.

How Did That Happen?

I would love to be able to provide marketing tips, but I’d done very little to achieve this. The first cover was appalling and the second one wasn’t much better. I paid for a few small ads on websites like Kindleboards, but nothing cost me more than $10. I genuinely think I just got lucky. Maybe I hit the right keywords or something. Who knows? Sometimes lightning just strikes. I will say that I was very involved with my main character. I felt her pain and cried when she cried. My stomach would do little flipflops when I’d write a scene involving her love interest. I guess the books worked because I was writing what I genuinely wanted to read.

When I got my first review, I broke and told everyone what I’d been up to. News even trickled down to some of my students, who were fascinated rather than appalled. I started on book three, then four, then five. And, unbelievably, the sales kept on coming. In June 2013, still my best month of sales ever, I clocked up 30,000 copies. I was baffled but thrilled. Most of the reviews have been positive although there’s one in particular that stands out from a reader who says they’d be embarrassed to hand the book in as English homework. That always makes me chuckle!

I don’t sell as many these days. In fact sometimes I wonder if I was so taken aback at the time that I didn’t do enough to maximise my future potential. Perhaps if I’d found ALLi earlier, it would have helped. Don’t get me wrong though: I’m not complaining! I still make enough that I can afford to take a year or two out of teaching to concentrate on writing alone. I spend my days with my imagination. The more I write, the more ideas I have. Funnily enough, now there still aren’t enough hours in the day to get everything done!

It started as a hobby and now it’s my life. So maybe taking that job wasn’t a mistake after all.

How did you first become an indie author? Did you, like Kerry, want to keep your stories under wraps, or did you shout it from the rooftops? We'd love to hear your story via the comments box!

#Authors - what was the catalyst for your first #selfpub book? @HarperFire shares her story here #amwriting #AuthorALLi Click To Tweet
Helen HarperScottish authorsself-publishingwriting
This Post Has 5 Comments