As we head into the  book market's biggest season and Super Thursday (8 October), there is news a-plenty, most of it good,  with new data showing how many indie-authors are making a decent living, plus great author events coming up, to the not-so-good – eBook subscription Oyster's imminent demise. Catch up on these stories and more from our ALLi partners and friends with news reporter, Valerie Shanley.

Oyster service to clam up

Following news that  Oyster is shutting down, word is that Google will hire most of the eBook subscription’s staff, and may also have signed a perpetual licence for some of the company's core IP assets. The Oyster blog post put the closure cryptically, saying it is “taking steps to sunset the existing Oyster service over the next several months,” yet adding they are “excited about the future of eBooks and mobile reading… and the future is best seized by taking on new opportunities.”

So the company will continue to operate until early 2016, but for now, there is plenty of commentary across the net on the closure and Google shift, from Simon Dunlop, CEO of Bookmate (“publishers killed Oyster”) to the Smashwords blog,where Mark Coker raises concern about a retailing ecosystem that has just become less diverse.

Pleased to Meet You, ALLi –  in Person 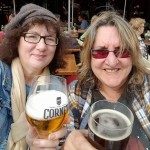 Debbie Young (from England) and Karen Lotter (from South Africa) raise a toast to ALLi in Bruges, Belgium.

Connecting online is where it's at these days,  but you can't beat meeting up in real life. That's why we are setting up a network of ALLi Meet-up coordinators, to be overseen by ALLi Ambassadors in each of our seven territories.  Wherever you are in the world, if you'd like to attend or run an ALLi Meet-up group in your area, please contact Debbie Young. Long term, we'll be managing these events via Meetup.com.

In case you're wondering, our current membership split by territory is this: Europe 47.8%, North America 44.5%, Australasia 5.9%, South America 3.2%, Asia 1.7%, and Africa at 0.3%. Check out the great map on our membership website's home page at any time for an at-a-glance summary of our global spread.

Minding the Gap on Author Day

And how about  meeting up in Central London, too?  Further details (and booking info) of the first  FutureBook Author Day in the capital on November 29th have been announced, and among the selection of 30 super-speakers in this run-up to FutureBook 2015 is our own Orna Ross, Director of ALLi. (Well, they couldn't have a discussion on publishing's future without her, could they?)

The event is supported by The Bookseller, whose editor Nigel Roby explains a crucial aim is “to dissolve the gap between traditional and self publishing and focus instead on how the respective strengths of both ‘sides’ can be identified and shared.” Our energetic ally, FutureBook associate editor and media-man-about-town Porter Anderson, stresses that attendance is open to everyone: “Author Day is for all authors and all who work with them.”

So indies, trads, and those who go by the description ‘publisher operative’ (that’s a new one on us, Porter) will gather for what sounds like a great day out.  Check out those early-bird discount tickets for authors at £85 (later £115) on Futurebook's website.

Are Self-published Authors Making a Living?

New data from the Author Earnings site this week, tracking the fastest-growing sector of the US eBook market over the past 18 months,  shows 5,643 (2.8%) of the 200,000 authors tracked across Amazon’s best-seller lists are consistently earning $10K per annum, or more. But only 5,643, you say? The report stresses this is tip of the iceberg territory and that there are many other strong-selling authors and books that never appear on Amazon Kindle best-seller lists.

The New York Times says that when it comes to print versus digital, sales of paperbacks generally are on the upswing. “There are signs that some ebook adopters are returning to print… Ebook sales fell by 10 percent in the first five months of this year, according to the Association of American Publishers, which collects data from nearly 1,200 publishers,” says the report.

The newly-launched $50 tablet from Amazon could swing figures in the other direction again, while the view elsewhere is that reading increasingly happens on mobile phones across the globe. (Juggernaut, a new publisher launched in India this week, has an emphasis on re-imagining books for mobile.) Probably more a case of, as the NYT story admits, readers  juggling between devices and paper. For when it comes to reading, we're all hybrid (no getting away from that word at the moment). 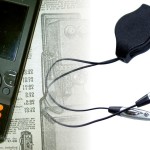 You know the tip about reading your writing out loud to see if it sounds good? Transcription on smart phones, making it faster to talk than type, and voice-dictation software is leading to ‘voice writing’.

So says Clive Thompson’s post in Wired, acknowledging the increasing digital transformation of our world and how it's changing the way we write. Will it make prose more casual? It’s not such a new fad for writers, he explains. “Late in his career, Henry James shifted from typing his novels to dictating them, and his prose actually became more ornate in the process, not less.” Good excuse for a James-attributed quote here (and mantra for indies):

“It's time to start living the life you've imagined.”

Now That’s What I Call a Short Story

Twitter followers of author David Mitchell have been reading tweets from the perspective of a character in a new short story linked to his forthcoming novel, Slade House (which itself has its origins in a 6,000-word Twitter story, The Right Sort). The Atlantic story  points out that he’s not the first, with other authors including Philip Pullman and Jennifer Egan putting their literary skills to the test (and garnering attention) in 140 characters or less.

Indies are invariably encouraged to use social media to engage with their readers, and a large Twitter following can translate into strong book sales, because tweeting, for all its critics, requires skill with words. As an academic quoted in the story says , tweets are “short poetic exercises,” which can be strung together  to form a narrative. And easy to follow.

Indie bright sparks in children's literature who are  members of US-based Society of Children’s Book Writers & Illustrators (SCBWI) have from now until December 1st 2015 to get their entries in for the Spark Award, which recognizes excellence in a children’s book published through a non-traditional publishing route. Check out details and how to enter this annual award here.

#Authors - catch the latest #news from the world of indie publishing in our weekly round-up: #selfpub Click To Tweet