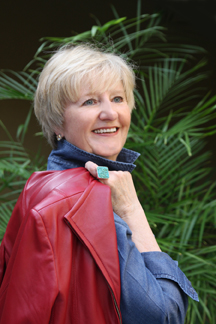 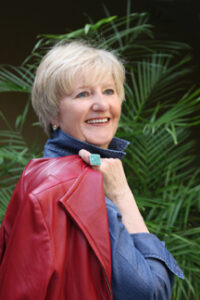 “Face time is like spinach – good for us!” advises thriller writer Diane Capri, who lists meeting other writers and industry professionals at conferences and joining ALLi among the reasons for her success.

I’m a USA Today Bestselling Author with a nice list of published works that, thankfully, readers around the world seem to like. But there have been so many blocks and bends along the road. Several times during this adventure, a wiser woman would have taken an easier path. Persistence (and lots of luck) carried me here, eventually.

Meeting people in person has helped me tremendously over the years and opened many doors that would otherwise have been closed to me. As an introvert, I like to stay in my office in front of the keyboard or spend my time with friends and family and books. But it’s always been worth it to stick my nose outside the front door and meet new people. Attending conferences with other writers and industry professionals is exactly how I met Lee Child, for example. Which led to some of my most successful books. So I encourage writers to mingle in person, even if we don’t love doing it. Face time is like spinach – good for us.

Where would we be without serendipity? I’ve worked hard, but I’ve been lucky so many times! I was lucky to be invited to submit my work to several anthologies, lucky to be invited to sit on the first board of International Thriller Writers, lucky to be elected to the board of the Florida Chapter of Mystery Writers of America. I’m lucky to be here at ALLi, where I’ve made so many friends. Even what looked like devastatingly bad luck at the time, such as when my publisher went bankrupt, worked out well (eventually) because I was able to reclaim rights to my now indie-published work.

I’m a procrastinator by nature. Bone lazy, to be honest. Someone famous once said, “Tis better to keep one’s mouth shut and be thought a fool than to open it and remove all doubt.” I’m always worried about creating less than my best work. I delay writing until I can procrastinate no longer and I must put the words down and let the chips fall where they may. Like this piece – due today! Yikes! I don’t recommend my method, by the way.

Calendars. Deadlines. Lists. Pages and pages of them. I make the lists and then I ignore them, though. Maybe I’m a little OCD? You think? 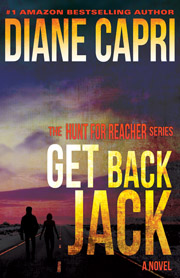 I’m always working on several books: the one I’m writing, the ones in various stages of editing and production, and the ones I’m promoting. We just released the second novel in my “Hunt For Jack Reacher” series, Get Back Jack. Paperback and e-book are available now. Audio production is ongoing on several of my books. I’m completing a novella now and then two novels are looming.

Learn the business, share what you learn, and you’ll be fine. There’s a huge learning curve, even for an author who’s been around a while and is familiar with the traditional book world. But there’s no reason to reinvent the wheel. The good news is that indie authors are very generous and helpful. Ask around. We’re a very friendly lot, indie authors. Don’t you think so?

To read other bestselling indie authors' top tips, read previous Sunday “How I Do It” interviews here.

Diane Capri is a recovering lawyer, author of The Hunt for Reacher series, Judge Wilhelmina Carson mysteries and more. She's a snowbird who divides her time between Florida and Michigan, an active member of Mystery Writers of America, Author’s Guild, International Thriller Writers, and Sisters in Crime. She loves to hear from readers and is hard at work on my next novel. Her author website is at www.dianecapri.com.