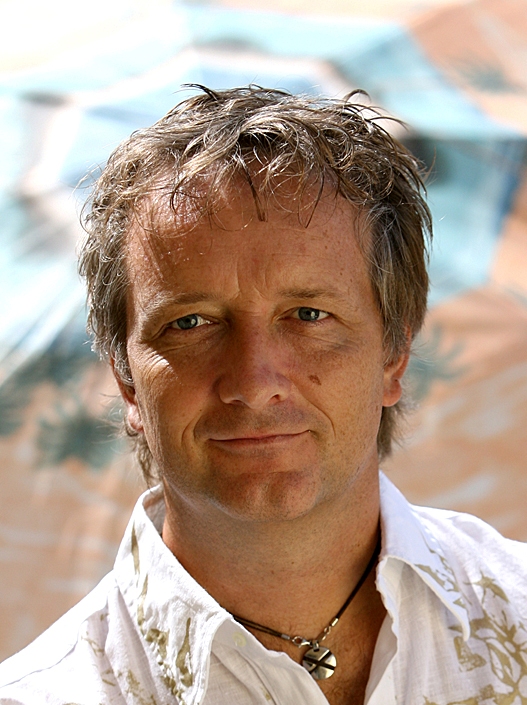 How I Do It: Successful Indie Authors Share Their Secrets. This Week: Travel Writer Joe Cawley 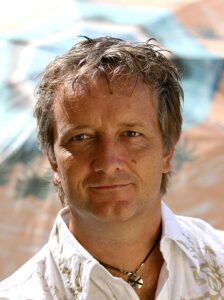 As his second memoir of his life in Tenerife is published, award-winning travel writer Joe Cawley shares the secrets of his success as a self-published writer – which includes the surprising tip of talking to his cutlery each morning!

Getting engaged. Nothing to do with sparkling jewellery and bended knees, I mean engagement with readers, other authors and the indie publishing community in general.

Out of these, I think interaction with readers is the most important. Whereas before, an author’s voice or brand could only be found in 300-page printed novels, nowadays we have so many opportunities to extend that reach with social media channels and direct email contact.

Thankfully, in this day and age, there’s a whole toolbox of digital implements you can use to make this easier such as social media management tools, email tagging and subscription services etc. Which is a good thing, as without these we’d probably spend more time reaching and less time writing. Things such as Hootsuite, Buffer, MailChimp et al should be as much a part of the author’s life these days as a dictionary, thesaurus and baggy cardigan.

I took control of my own destiny, which sounds very grand and Tony Robbins. What it actually means is I became comfortable with the idea of self-publishing and stopped believing that I was only a good writer if a publishing house said I was. Once I’d got over the “indie publishing = vanity author, traditional publishing = proper author” syndrome and reacquired all rights, I felt a huge sense of liberation, both creatively and career-wise. I can now put out the books I want to write, when I want to publish them, and at a price I think is reasonable.

I’ve been blessed with an enormous amount of luck throughout my writing life, but I’m a firm believer that you have to first recognise when an opportunity presents itself and secondly that it’s up to you how you maximise that opportunity.

When I decided to become a travel writer, I attended a travel seminar in London along with 50 other Bill Bryson wannabes. We learnt a lot, but the real break came after stalking one of the speakers to a local pub, plying him with extra-strong lager and persuading him to read an article I’d written about Tenerife where I live. He tore it to shreds in an explosion of expletives, then re-iterated what he’d been trying to teach us during the seminar and said ‘try again’. I did, and got it right second time. He was the deputy travel editor of the Sunday Times, and my travel writing career began at the highest level.

At the time when I decided to write a book about the calamities of running a bar/restaurant abroad with absolutely no previous catering experience, I was the editor of Tenerife’s first glossy magazine. One day a travel publishing house emailed to ask if I’d run a review of one of their titles. The book was about Mallorca. Obviously geography wasn’t the strong point of this publicist. I said no, but asked if they’d like to take a look at a book I’d written. They did, and bought it on the strength of the four chapters I’d written by that point. Fortune had struck again, but only because I took advantage when Lady Luck came knocking. 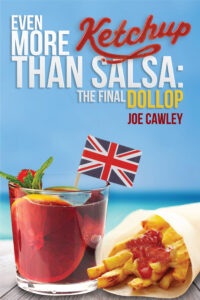 I’ve perfected a little trick that I do first thing in the morning (or whenever I need to switch into creative mode). I switch my creativity on instantly by imagining everything around me coming to life and talking to me. When I make my first coffee, I give the kettle a personality, talk to it, ask it how it’s doing, if it’s seen Spoon. I visualise the worktop alive with all the various kitchen implements, all saying hello to me and getting on with their own lives and roles. Sounds daft, but it kicks the right brain into gear straight away.

I’m rubbish at prioritising. I’ve tried numbered lists, post-it notes and assigning different desk trays with varying degrees of importance. I think I’m too spontaneous for such organisation. Sometimes I’m more in the mood for marketing than writing, some days I feel more like researching, reading or studying. I tend to go with the flow, which admittedly isn’t great for productivity and clearly explains why I’m not a more prolific author. The only thing that really gets me to prioritise is a deadline, so then I have no choice as I hate letting people down.

My new book, Even More Ketchup than Salsa: The Final Dollop has just been published so I’ll be making some noise about that. But then I’ll be walking.

I have so many ideas for new books in my head. They’re all elbowing each other out of the way to get my attention. I find that any repetitive physical activity helps me think clearer, especially walking. I need to go on a particularly long stroll to figure out which book to work on next. Thankfully I live in the hills of Tenerife with plenty of great mountain trails, so as long as I don’t get lost or topple into a canyon you’ll be seeing another book soon.

Talk to other successful indie authors. Find out what worked for them, and what didn’t. This is a whole new territory for everyone and the landscape is changing at a phenomenal rate. It’s impossible for one pair of eyes to take everything in so join with others to keep looking, listening and learning. Then share it. We’ve all been on unique journeys in indie publishing, so we’ve all got our own nuggets of useful information.