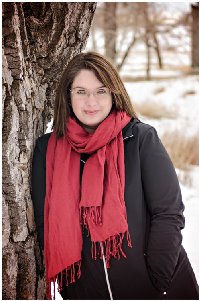 How I Do It: Successful Indie Authors Share Their Secrets. This week: Steena Holmes 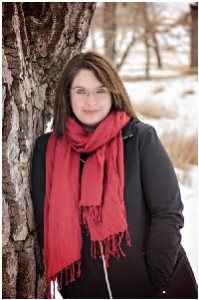 “Surround yourself with other indie authors who are reaching for the same things you are,” advises award-winning novelist Steena Holmes, whose novel Finding Emma has sold over 100,000 copies and earned her a three-book deal with Amazon.

My readers. They fell in love with Finding Emma, a book I took a chance on when I pulled it from agents and decided to self-publish it. Since then all my success can be attributed to them. They're the ones who inspire to write stories that touch hearts of mothers. I keep my readers in mind when I post anything online. It's not just about the books anymore. I took my focus off selling my books and placed it on getting to know my readers – once I did that, I haven't wanted to look back!

I took a chance on myself. I'd been told over and over that breaking out into women's fiction was difficult and that not many writers can do it. I took that as a challenge. It was the best thing I could have done.

I worked hard at making sure that I reached my core audience. I had self published romance titles before Finding Emma, so I knew that if I wanted this book to be successful I would need to do things differently. I did a review tour with bloggers who read my genre and made a point to keep my cover in front of readers. In regards to pricing, I checked the ‘big name' authors and saw what they were priced at and then priced just a little lower than them – at the time that was $7.99. I did an intro price for the first 2 weeks (did free days at the very beginning but never afterwards) to entice readers and garner reviews and then increased my pricing. Reviews were slowly building and sales kept increasing until I attracted the notice of Amazon and they included me in one of their deals (this is where the luck came in). All my hard work paid off and in less than 2 weeks I was at #13 on the bestsellers and started to get emails from agents and editors.

I've always been creative but I'm learning that sometimes I need to shut my crazy brain off and just relax. I find this helps to increase my creativity. I just submitted book 3 to my publisher and since then I've taken the time to read books, watch movies and just let my imagination rekindle itself.

It's hard in today's world, isn't it? I make a list of what needs to be done and tend to work on all social media requirements first (while my brain is still trying to wake up) before I dig deep into writing. Unless I'm on a deadline and then nothing gets done until that deadline is over.

I have a few things. I'm working on some indie books that will come out in the next few months, I'll then get started on a new women's fiction series while waiting for my next book with my publisher, out in the new year (February most likely) called The Memory Child. I am working on a book with a fellow indie author and just a few nights ago another story came to me that won't let me go. Needless to say, my brain is working overtime and the coffee is always brewing.

Surround yourself with other indie authors who are reaching for the same things you are. Always be willing and wanting to learn and don't stop writing. Stop focusing so much on the promotion and focus instead on your words…nothing sells a book better than the next book – and even though we've all heard that, it's so true! And don't forget your readers. Above all else – don't forget your readers 🙂

Chocoholic. Reader. Wife. Chocoholic. Mother. Author. Chocoholic. Living a life full of passion is the only way to live – especially if you have coffee on hand. Author of the bestselling "Finding Emma" and "Emma's Secret". Visit www.steenaholmes.com to find out more.