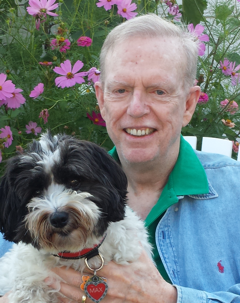 How I Do It: Indie Authors Share the Secrets of Their Success – This Week: John Ellsworth 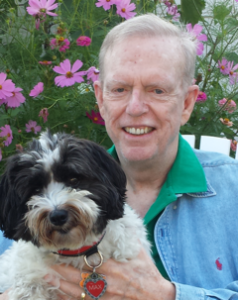 Never quit, successful indie author John Ellsworth tells us, no matter how much rejection you get in those early days. Nowadays, when John releases a new book, through his understanding of Amazon's algorithm and building up a large following on Facebook, he's in the top ten of legal thriller bestsellers. Read our interview with John and find out what his future publishing plans are.

I began writing back in the Sixties and Seventies just because I had to write, it had to come out. I sent out a book every couple of years and no one wanted to publish me. I had an agent for a while, he sent a book to Joe Fox at Random, he didn’t want it, etc. But I still wrote. The system was never able to quell that fire inside to just keep doing it. So…by the time KDP came along, lo and behold, I had gotten fairly efficient at stringing sentences together. I had even maybe found a voice. This made KDP an easy choice for me, and I clicked with the first book. People began buying it and leaving reviews, and soon I had enough reviews to land a Bookbub.

But the bottom line “secret” of my success is that I never quit. No matter who had lately rejected my work, I kept writing anyway. Writers are like that.

Understanding how Amazon algorithms worked. The first day I published, I also knew enough about the Amazon algorithms to know that books need sales and velocity in order to be picked up and sold by Amazon. So I used Google Adwords from the first day on for a few months, making sure that I had sales every day for a long stretch. I saw my books moving from the 27th page of the search results for legal thrillers  up to the first page.

Submitting to Bookbub and having my first submission accepted was the second single best thing I did. Without Bookbub, discoverability and visibility would have been extremely difficult, crowded as the legal thriller market was and is. At the time, I also had a backlist of three books, so I had inventory to sell. My Bookbubs have all been freebies as I wanted eyes on my books and wasn’t necessarily doing Bookbubs to make a profit.

I wrote my first ten books within sixteen months of first publication. With all Bookbubs accounted for, I had given away 500,000 books during my first twenty months. So I had established a readership. About that time, I took Mark Dawson’s court on Facebook advertising and built my mailing list day after day. Right now I have about 8,000 on it, which isn’t a huge number compared to lots and lots of writers, but it’s enough to move the needle and get me in the top ten of legal thriller bestsellers when I release a book. It’s enough to get me in the top three or four of HNR when I put a new book on pre-order.

I practiced law for forty years. Prioritizing became a matter of dealing with the next most threatening thing on my desk. Today that’s no longer the case. I have almost total freedom to do any damn thing I want to do when I get up in the morning and go out to my writing room. I can write, I can play my guitars, I can get up in my writing chair and close my eyes and drift into my dream of the WIP and let my subconscious tell me what comes next – but I always honor my gift, my art, my ability to create little worlds and people out of nothing. Who wouldn’t like this job?

There are certain things I want to do just to have had the experience. Now I want to publish with Thomas and Mercer for that reason, to see how it works with the pros and see how they make use of the back room tools I’m guessing Amazon gives them. In my first eighteen months, I sold over 150,000 books and sell around 7,000-10,000 books a month now and score about 8 million KU page reads a month.

So do I need TM? Not really. But there’s the experience and the idea of working with a developmental editor to see just how far I can really push this thing. So far my writing has been done inside a cocoon so it has been insular, cut off. I’m thinking it’s time to let a developmental editor have some input with a new series before I hit PUBLISH.

The people who really understand this business like to say the next indicated action is always to write the next book. That has been my go-to piece of advice, and so far it seems to be working. That’s on the writing side of the street.

The next thing I would recommend to someone just starting out is sales and velocity. You have to be moving books in order to move books vis-à-vis Amazon’s algorithms. It’s a Catch-22, but it can be overcome with Facebook advertising to get things moving, to shock a book to life. Take Mark’s course on FB advertising, learn to use the Power Editor, learn how to establish baseline ROI’s so you know where to put your advertising dollars, and then keep plowing your money back into your product.

These are very difficult things to do when one is just starting out and has no advertising budget. But selling books isn’t an art; it is a business and you will be competing with people and companies that are putting books out there that do have money to spend on advertising.

I don’t believe in luck, as if a stream of kind of people are going to suddenly find my book on their own and start buying it. Rather, I believe I have to create that stream with ads. I wouldn’t have been able to advertise to move my first books if I hadn’t still had some income from my law practice to blow on AdWords advertising.

As above, however, I’ve never tried to make a profit on advertising, I’ve only tried to move books. Because if I can move books then Amazon will jump in and do its part too. That’s the best partner I can have.

John Ellsworth is from Arizona and practiced law nationwide. For thirty years he defended criminal clients across the United States. His first book, The Defendants, was published on Amazon in January, 2014. John is self-published and enjoys the freedom of choosing his own release schedule, selecting covers, and marketing his own work. “It's a great thing Amazon has done, giving all writers access to a readership, and I, for one, am very grateful to them.” John has just sent his fifteenth book off to his editor. Michael Gresham: The Law Partners, will be released in May 2016.