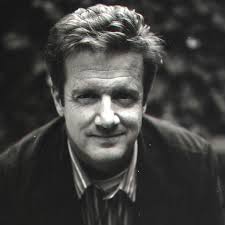 How I Do It: Successful Indie Authors Share Their Secrets. This week: Bob Mayer.

“Don't fight reality, use it to your advantage.” Bob Mayer

“I apply bum glue!” Bob Mayer talks about the writing and publishing strategies that have made him one of the world's bestselling indie authors who has also enabled many other author-publishers to succeed, through his imprint Gool Gus.

I was traditionally published for 20 years. What I did there to succeed, when the odds were against me, was the same I do now as an indie: stay ahead the power curve. Never assume I have it made. I always stayed a spec manuscript ahead in traditional publishing. In indie publishing, I look to see where things are going and make my moves before I have to. I accept the reality of the situation, rather than what I wish it would be. I see too many writers complaining about what’s going on or fighting the reality, rather than using it to their own advantage.

Write a lot. A big key was fighting to get rights back to all my books I wrote on my own. But the bottom line is content. The best marketing is a good book. Better marketing is more good books.

I don’t think I was lucky. I never had lightning strike like most best-selling authors. The luckiest thing that happened was getting invited to teach at the Maui Writers Conference, but I got invited there because I was picked as one of the best instructors Writers Digest had. I made a lot of good connections there. It taught me the biggest thing I did wrong in my trad career was not network enough. This week I’m going to Atlanta for RWA Nationals and I have meetings set up constantly with all sorts of people. When they can put a face to a book, you have an advantage.

One lesson I learned is for every 50 things you try, only one will happen. But you have to try the 50.

I believe we make most of our luck by putting up more lightning rods. The biggest thing I did was go indie in late 2009 when most people were still laughing at eBooks.

The writing always has to come first. However, at least half my time is taken up by being a publisher and marketing, promoting, networking. But it always come back to producing content.

NY Times Bestseller Jennifer Probst will “self”-publish her new Posse series with Cool Gus early next year, although we are re-releasing her first book ever this fall. We hope to work together with a couple more bestselling authors either on their backlist or a new series. This is one of the reasons I’m going to Atlanta. We’ve positioned ourselves very strongly at Cool Gus, particularly with Amazon. We’ll be flying to Seattle this fall for more meetings, even though we have meeting with Amazon and ACX reps in Atlanta.

My second book in a series, Nightstalkers: Book of Truths will be out 30 July and it’s getting good reviews which is relief because it’s about a very serious subject: nuclear weapons. I’m finishing up the third book in the series this week.

Produce content. I see too many people thinking they’ll get lucky or they can promote themselves into success. A handful of people get lucky. Might as well play the lottery. It takes a lot less work and has the same odds. Those who will make a good career out of this are the ones who write a lot, run a solid business and are willing to take risks for the future.

Bob Mayer is a West Point Graduate, Former Green Beret, CEO of Cool Gus Publishing and a NY Times Bestselling Author with over 50 books published. He has sold over four million books, and is in demand as a team-building, life-changing, and leadership speaker and consultant for his Who Dares Wins: The Green Beret Way concept, which he translated into Write It Forward: a holistic program teaching writers how to be authors. He is also the Co-Creator of Cool Gus Publishing.