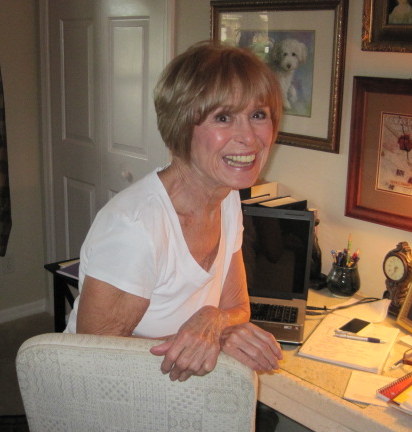 “Word of mouth has taken me to where I am,” says USA Today bestselling author Bette Lee Crosby, with 14 literary awards to her name so far. Below she generously shares her top tips on how to build an enthusiastic fan base – and how to write and self-publish books in a business-like way that will please those fans.

My characters. Before I ever start to write a novel, I know the characters the way I’d know a best friend. Readers have fallen in love with these characters because they see the people they know… an aunt, a cousin, the little boy down the street, the grumpy storekeeper. I believe no one is 100% good or 100% bad and I try to give that same human nature to my characters. A recent reviewer pointed out that I waste very few words on descriptions of the clothes, or the setting, or the environment. Very few people fall in love with an environment. They fall in love with people and I work to give them people they can truly love.

I know there are numerous authors who can work on several books at one time. For me that’s impossible. My brain is like a neighborhood house; while I am working on a novel the characters of that story move in and take full time residence. Only after the book is completed does that family move out and make room for a new cast for characters to move in. 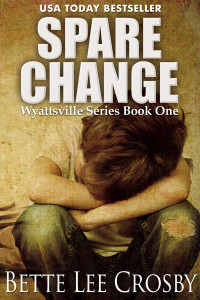 Step out of my comfort zone and actually get to know my readers. I started by doing this on Goodreads by joining various reading groups and only after I got to know some of the people through conversational threads, did I mention that I was an author. I then set up an Author Page and donated copies of my novel Spare Change to the Sisterhood of the Traveling Book. It’s a group where members sign up to read books offered for review. The first person to read Spare Change was the Moderator of the group. I knew she was a tough critic, so you can imagine how nervous I was. She gave the book five stars along with the comment that it was a five-star read because of the author’s ability to create characters who absolutely steal your heart away. That review led to dozens of other members signing up for the book and ultimately recommending it to fellow readers. Word of mouth has taken me to where I am.

A certain amount of luck always plays a part in what happens, the key is to be ready for it when luck comes your way. My luck came along when my husband and I opened the doors of Bent Pine Publishing.

Prior to that I had been writing fiction for almost ten years and my energy was focused primarily on honing my craft. I spend no time on marketing. Zero. I had two books published, one with a small press that held a seven-year contract on the book and another with a POD press. Neither was going anywhere. Dick, my husband, retired from his job and set up the publishing company. He invested in it and ran it like a business. We started with the books I had written and not yet published and created them in both e-book and print formats. We established working arrangements with an editor, a formatter and a designer then did the books one by one, putting them in the KDP Select program. It was a big decision to plunk down $400 to advertise that we were giving away the Kindle version of Spare Change for FREE, but we did it. The result was 42,700 downloads and a ton of reviews. This was in September of 2012. In order to gauge the success of this strategy you should know that in August of 2012 we sold 10 Kindle copies of Spare Change and in October of 2013 it hit the USA Today Bestseller List.

How do you get/stay in a creative mode?

I am a Southern storyteller; it’s the birthright of my nature. Whenever I see a movie or a news story that touches my heart, it inspires me. I think… what if it happened another way and start dreaming up the plot of a story. I am also a voracious reader. I read across the board, but not vampire/werewolf. I learn something from every book I read; sometimes it’s what works beautifully and sometimes it’s what mistake to be wary of.

No matter how on top of things you think you are, there is always another crisis waiting just around the corner. So I try not to look at e-mail and social media until after lunch. Before my brain gets sidetracked with the crisis stuff, I can focus on my characters and their problems and that’s what being a novelist is all about. Years ago I was the Marketing Manager for a large department store chain; nothing is crazier and more frantic than retailing. Working there made me realize that for the sake of my sanity, I actually had to take vacation days where I did not answer the phone. Much to my surprise, the stores did not close their doors because I was not available. It was a good lesson learned and I try to remember it. (Notice I said try…) 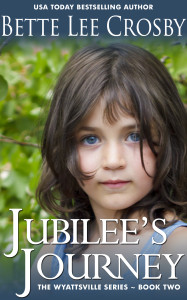 Previously Loved Treasures is scheduled for release in late April. This novel has a bit of a magical twist to it and although it is not truly a sequel, it picks up on the mystery in my novel The Twelfth Child. In early fall I will have a third book in the popular Wyattsville Series that began with Spare Change. Sandwiched in between these two novels is a memoir about my sister who left this earth far too soon. It’s such a personal story that as of now I am uncertain whether it will be released for sale or given as a gift to the members of my fan club and newsletter subscribers.

Step out from behind your computer. Get to know your readers and get to know your fellow indie authors. Join indie groups and learn from them; also share what you know. If you take and never give back you will not be a welcome member, but if you share in their knowledge and let them share in yours, you will grow by leaps and bounds. Learn from other authors, but never copy them. Be true to yourself and your own stories because the minute you start to emulate something because someone else made a million dollars doing it, you will become little more than a pale imitation. Don’t ever settle for that, be an original.

If I may, I do have one last tip – Never ever send potential readers a communication saying BUY MY BOOK. They will immediately dismiss you as a rank amateur. Don’t tell them to buy your book, tell them what’s wonderful about your book and make them want to buy it. Quote review lines, mention awards, things such as that will entice readers. Buy my book will not.

Bette Lee Crosby’s work was first recognized in 2006 when she received an NLAPW Award for an unpublished manuscript. Since that time, she has gone on to win numerous other awards, including six Royal Palm Literary Awards, five FPA President’s Book Award Medals, a Reviewer’s Choice Award and an Indie Discovery Finalist Award. Spare Change, Book One in the Wyattsville Series has been featured on the USA Today Bestseller List, is a Barnes & Noble #1 Bestseller, and an Amazon #1 Bestselling Historical Mystery. Jubilee’s Journey, Book Two in the Wyattsville Series, is Crosby’s sixth published novel. Find out more about Bette Lee Crosby at her website www.betteleecrosby.com.