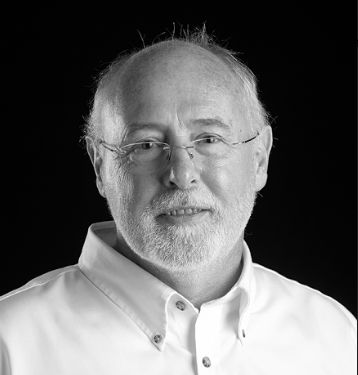 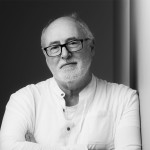 If the opportunities of new technologies like the blockchain are realized, we could see authors at the beginning and not the end of the payment chain in publishing, for the first time in history. David Penny interviews Ted Nelson, whose Xanadu project was the forerunner of the WorldWideWeb and who has, since the 1960s, been analysing what's necessary to democratise information and empower content creators. This session also includes a copy of ALLi's campaign manual, “Blockchain For Books.”

When I was asked to contribute to Indie Author Fringe on the topic of Web 3.0 and Blockchain technology I was delighted. No, honestly, I was. As Technical Manager for the Alliance of Independent Authors I need to know about new developments, and by a strange fluke of serendipity I became friends with one of the leading thinkers in this area.

Ted Nelson is a founding father of the internet. He coined the phrases for blockchain, the concept of bitcoin, and his Project Xanadu posited a fully connected three-dimensional web even before the web existed. Ted has forged a unique path through computing technology, friend to Steve Wozniak of Apple, to film director Werner Herzog, and has influenced many IT companies, including IBM. 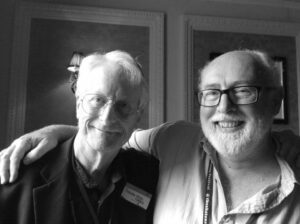 I met Ted at the Harrogate Crime Festival, and over dinner in an Italian restaurant he showed me his proof of concept of Xanadu, and over a couple of bottles of wine and good food we talked for several hours. This meeting came about through ultimate synchronicity.

At my first Harrogate Crime Festival in 2011 I met an American woman called Lauren Sarno, and we got on immediately. She formed a clique of like minded crime aficionados who met up once a year to discover it was like no intermediate time had passed at all.

And then two years ago she announced to everyone’s delight she was engaged. And then she revealed who she was engaged to: none other than Ted Nelson, who she has known since she was a teenager. Then last year, 2016, Ted accompanied her to the festival and we spent almost the entire long weekend in each others’ company.

So this article is both a work of research and one of friendship.

I am going to take you on a brief tour of what most experts (Ted Nelson included) believe the Web is going to become. A world of distributed data tied into an array of almost infinite connections, a world of virtual currency, and a world increasingly open to ideas Indie Authors should find both empowering and exciting.

But before we start, let me include a short video from Ted where he talks about his initial vision of a three-dimensional, interconnected web. This is what Ted demonstrated to me over dinner in that Italian restaurant, when I was fortunate enough to sit beside him and bounce questions and answers between us. In this short presentation Ted shows us the underlying concept of a three dimensional linked document — the kind of concept that underlines everything I will try to explain as we go along.

One of the concepts Ted came up with in the 1960s was a virtual currency. It took decades before anyone made this happen, and Bitcoin became the first offering that gained traction. Bitcoin is underpinned by the concept of Blockchain. Bear with me, I’m going to try and make this accessible.

So what is Blockchain? 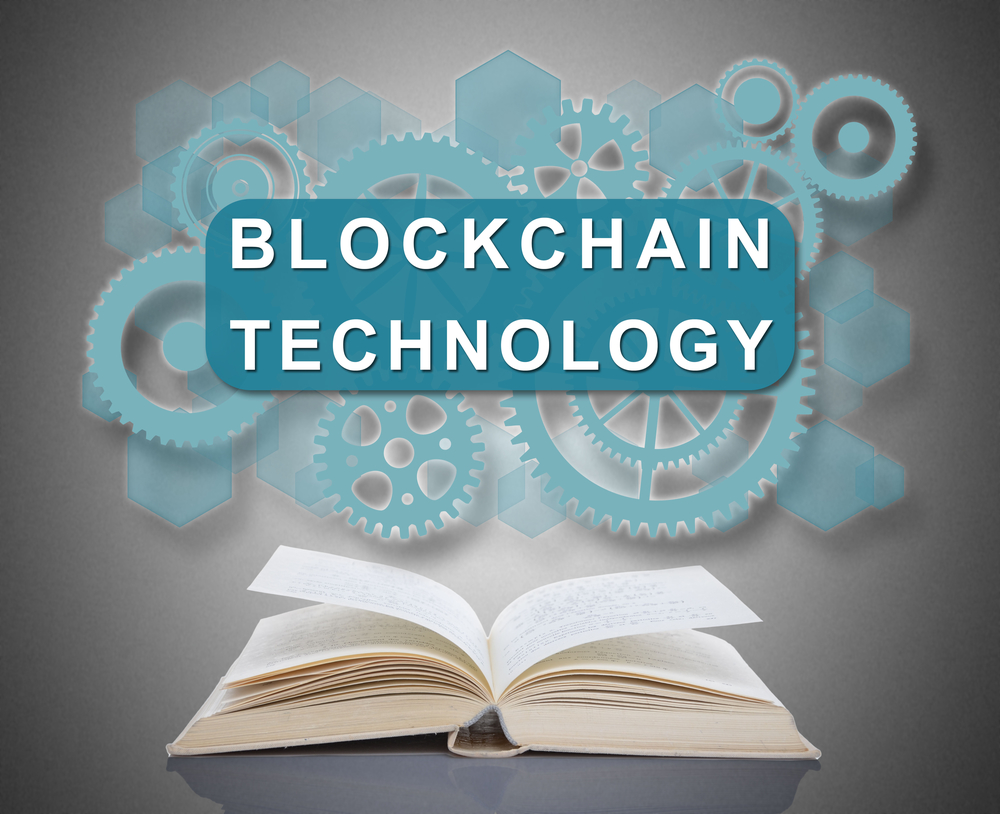 Yes, I know. I’ve been in IT for over 40 years and it took me a while to grasp this concept, but essentially blockchain is elegantly simple in its idea and fiendishly complex in practice. But don’t worry, because for almost all of us we don’t need to understand how it works, only what it does and how it can benefit us.

Unless as an author you write your work longhand in a journal and then have it printed on a litho press for physical distribution, we all use data. And sensible writers store that data in the cloud as well as elsewhere, so that if the worst happens and you lose your computer everything can be instantly recovered.

Blockchain consists of a set of assets — your data — linked to a series of transactions – a view, a purchase, another document, etc. These assets and their transactions are forged into a data block, which in turn is chained to others.

That data is stored in blocks — each a packet of information is encrypted and protected by what is known as a public/private key. This form of encryption is, so far, acknowledged as the most secure means of protecting your blocks of data.

So, one or more of these blocks, readable only by you, is stored in the cloud, which is a distributed array of computing power. The linking comes about when what are known as miners stitch this data together into chains. They are automated bots whose job it is to search for loose blocks of data and chain them together. Hence the term blockchain. A distributed, interconnected array of information that belongs to you and you alone.

However, these blocks of data can have more features associated with them than simple storage, such as embedding ownership and copyright information directly, as well as a means of purchasing a copy to read or view or use elsewhere. And the means of paying for that information is held in another blockchain: Bitcoin, or another virtual currency.

Own your own Assets

So why is the blockchain so important to publishing, and in particular so important to Indie publishers? Simply because it allows you to become the owner of your own data. There is no need, unless you want to use their infrastructure and store front, to sell through Amazon, Apple, Kobo or any other marketplace. With blockchain you can sell your own work, direct from producer to consumer. And even if you do sell through an established store then your book is indelibly stamped with your ownership information. Your copyright is built directly into the product.

If this sounds utopian I have to admit that, right now, it probably is. There are people already implementing such means of trade, and the best known, BitCoin, is well established. The technology is still in its early stages, but technology changes, and it changes fast. As Indie Authors we will be wise to be aware of the opportunity Web 3.0, the cloud, bitcoin and blockchain can offer us and prepare for the future.

Why does this matter to a writer?

I often come across writers who pose the question: “Why can’t I just sell my books myself and cut out resellers like Amazon who are taking 30% of my money!” (My emphasis).

Blockchain will bring two major advantages to writers who think this way.

1. It provides an infrastructure where your entire work, be it a novel, a poem, an image, a short story, whatever it is, to exist virtually in a secure environment. Each element of your work is tagged with a signature, your signature, which identifies ownership and copyright. To read your novel, to licence your image, the end user pays money directly into your bitcoin wallet. Which brings us to the second element.

2. Virtual money. To most people this means bitcoin, but that is not the only game in town, just the biggest player and most well known.

A blockchain asset, or series of assets, defines your original work, your copyright, what sales you have made of it, what contracts are associated with it, together with a history of all changes that have taken place. If agents and publishers embrace blockchain there will be no need for printed copies of contracts that moulder away and get lost. These will exist as a blockchain and can be retrieved at any time.

Why is the next iteration of the Web important for writers?

1. It is, and will become, a web that understands words better. This means your work can be found more naturally, without the need for keywords or direct links.

2. Connectivity — in the new Web everything becomes more connected. This is similar to what Ted Nelson proposed over 50 years ago with his Xanadu Project.

3. Artificial intelligence will allow computers to think in a more human way, and in so doing to better satisfy and understand what we ask them to do.

4. Data everywhere, on everything. This is already well advanced but will become even more so, with data and content delivered to every device.

5. Blockchain – the author of a work will become the person who can get paid for that work directly. Whether you choose this route or not depends on what value you place on a storefront designed, and recognised, as the place to purchase content, be it a book, an image, an object. This also means your work, your copyright, is automatically protected behind the firewall that is blockchain.

6. Data everywhere. You will store your data “out there” in the cloud, protected, encrypted, and safe from your computer or hard disk crashing.

I hope I’ve managed to make the concept of the blockchain accessible, and if not then I advise you not to worry too much about it, because at one time the Web was accessible only to academics and hard-core geeks, and now everyone browses on their phone. As technology advances, it becomes seamless with our lives, and blockchain and other new ways of protecting and distributing your work will also become simple. Not quite yet, but soon.

Finally, if you want to find out more about Ted Nelson, the man who was a major influencer of these ideas even before there was any means to implement them, a man who is a true renaissance individual, you will find a few videos he has produced below.

Do you have any questions or feedback about this Indie Author Fringe Session? Leave a comment below, or send us a question using hashtag #IndieAuthorFringe

Click here to find out more about David Penny

(6) Audio book downloads of The Sin Eater (Thomas Berrington Historical Mystery Book 3). The Sin Eater is the follow up to The Red Hill and Breaker of Bones, stunning historical mysteries set in a time and place colored by intrigue and battle.