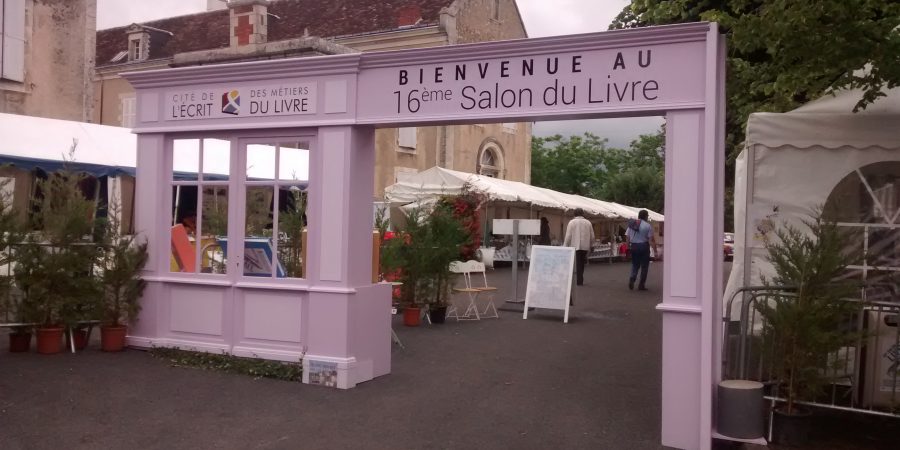 In our continuing series of reports on publishing and literary events around the world, Keith Dixon shares his experience of an inspired local Salon du Livre book festival in Montmorillon, France. 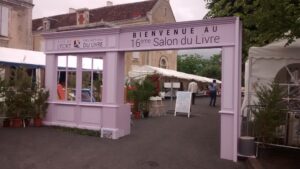 Montmorillon is a historic town in Vienne, a département in the French region of Poitou-Charente, where English buyers go if they can’t afford a house in the Dordogne. Several years ago it re-branded itself as the ‘City of Writing and associated book trades’, reworking several empty shops in the old town and renting them out at advantageous rates to booksellers, stationers and artists. Now the whole upper part of the mediaeval town is a warren of shops dedicated to the Book in all its forms. The restaurants and bars have joined in the literary spirit—‘Nota Bene’ and ‘The Book Trap’ being favoured destinations—and there’s even an English bookshop, The Glass Key, run by my friend James Fraser. 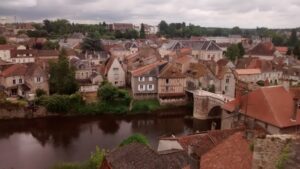 The ancient city of Montmorillon, France

For the past sixteen years there’s been an annual celebration of books in the ‘Salon du Livre’, a two-day extravaganza of book-selling, discussion, readings and, of course, eating. This year 120 authors were invited, and on 13-14th June the hills were alive with the sound of French people discussing ideas – quite a din at the best of times, and this time animated, as the Mayor suggested in his introduction, by the events at Charlie Hebdo in January.

To a visitor without a programme in hand, it would probably have seemed that the major work of the Salon was to force authors to sit at a bench behind a table-full of her/his wares, smiling at passing trade. That’s certainly the impression you had when entering through the imposing (if temporary) portal in the Place Regine Desforges. Beneath brilliant white tents, rows of authors and publishers sat patiently while punters strolled by, returning the smiles, fingering the covers of new novels, biographies, art books and, interestingly, tomes on how to write and self-publish. The range of work, and the quality of some of the publishing itself, was astounding. There was also some very nice ice-cream for sale. 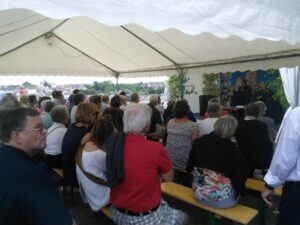 But if you had a programme you would have also found dozens of discussions and talks taking place, some held in the same square, or in the nearby hospital chapel, others in various locations around Montmorillon: a meeting with Daniel Picouly, author and TV personality, and this year’s Guest of Honour; a discussion on ‘Machiavelli or the politics of despair’ (I was too busy to go to that); a conference on Censorship (interestingly held in the local cinema); and so on.

One of the most anticipated sessions was by the American author Douglas Kennedy, who is probably more popular in France than he is in his native country. He is fluent in French, and who read from and discussed his latest work, Mirage. 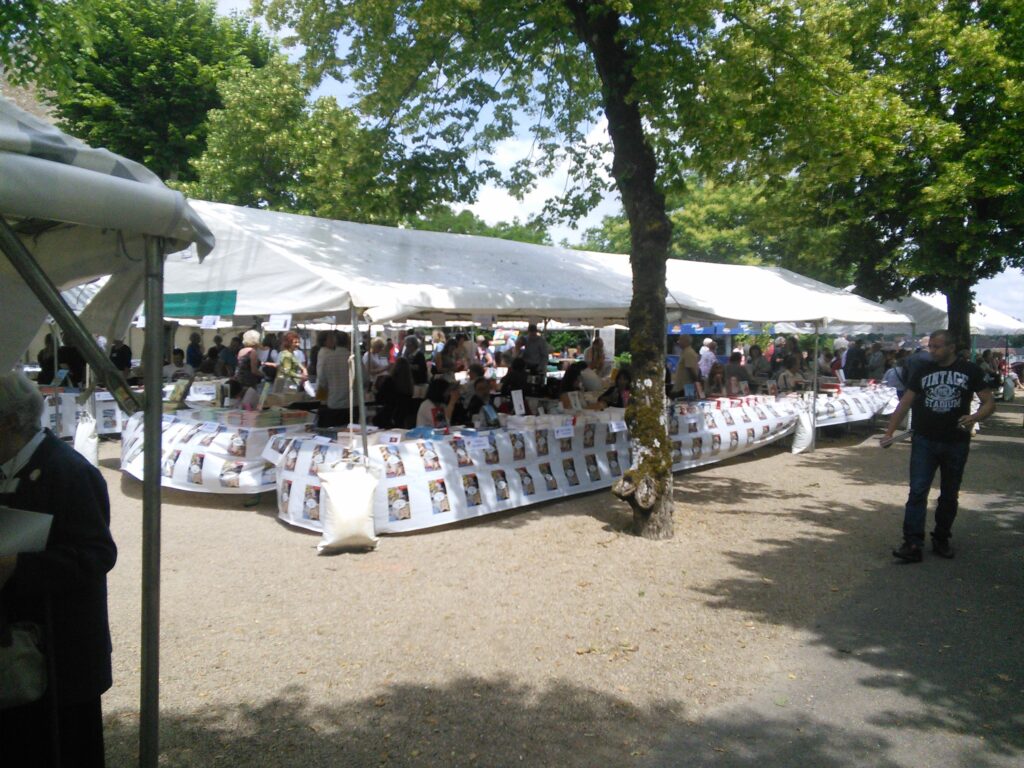 Each year the Salon du Livre seems to expand, taking up more space, bringing from Paris more writers and publishers, placing a bigger footprint on the life of the town, at least for the weekend. For a writer, it’s a wonderful confirmation that writing is important. The French take their culture seriously and commit time and money from the public purse to promote a private activity – reading – that thankfully is still popular.

Very good news for writers, especially if your book has been translated into French.

If you'd like to share a report on a literary or publishing event in your region, please don't hesitate to let us know – we'd love to represent as many possible via our global membership.