The Alliance of Independent Authors is compiling a list of famous self-publishing authors: past and present (see below). If you know anyone who should be on this list, please write to us and let us know.

Though it took technology to spread it to the masses, self-publishing has a long 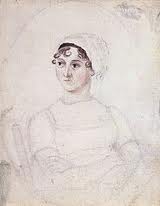 and distinguished history, as this anecdote from Alison Baverstock’s book The Naked Author: A Guide To Self-Publishing illustrates:

In 1797, a manuscript was submitted to a London publisher by the proud father of an unknown author. First Impressions, a three-volume novel. was offered for private publication; the writer’s family would pay… to mitigate the publisher’s financial risk. The publishing house turned it down. Revised and renamed, it was finally published fourteen years later to good reviews… [and is] today… a cornerstone of English literature.

She is talking, of course, of Jane Austen’s Pride and Prejudice.

These writers fall into many different categories:

Here are some of the more famous self-publishing authors:

Do you know any other indie authors of old that we could add to the list? Tell their story in the comments box below.