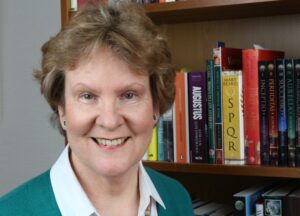 As an indie author and a professional translator, Alison Morton is well qualified to advise on the ins and outs of translating self-published books

Like many indie authors, you might be keen to expand the geographical reach of your self-published books via language translations, but such ventures need to be undertaken with great care to avoid (a) devaluing a book with an inferior version of the original if the translation is not well done (b) incurring more costs than can be recouped by sales (c) being left with a book that you have no means to market effectively because you don’t speak the language of your target market.

To help you steer your way through this potential minefield is this post by ALLi author Alison Morton, formerly a financial and insurance translator for the UK government. She also founded her own company with a core of a hundred translators, serving thirty languages, contracted to the European Commission. Alison holds a first degree in French, German and Economics  and the CIOL Postgraduate Diploma in Translation (Business & Legal), and now keeps Latin alive in her Roma Nova alternate history novels.

Wondering where to begin? Read on…

We live in a time when Homer’s millennia-old epics are taught in Tokyo and Joyce’s Finnegans Wake can become a bestseller in Shanghai in the local language. English speakers delight in work by contemporary writers Stieg Larsson, Haruki Murakami and Elena Ferrante. Fresh translations are keep appearing of classical writers such as Kafka, Pushkin and Pliny.

And the statistics? Research carried out by Nielsen for the Mann Booker Prize in 2016, looked at physical book sales in the UK between January 2001 and April 2016.

Obviously, this covers only printed books and those sold with ISBNs, but it’s an interesting trend.

But Doesn’t the World Speak (and Read) English?

English is the native mother-tongue of only Britain, Ireland, USA, Canada, Australia, New Zealand and a handful of Caribbean countries. But in 57 countries (largely ex-colonial countries which have integrated English into its chief institutions), English is either its “official language” or a majority of its inhabitants speak it as a first language.

The next most popular official languages are:

Although falling short of official status, English is also an important language in at least twenty other countries, including several former British protectorates, such as Bahrain, Brunei, Cyprus, Malaysia and the United Arab Emirates, the most commonly used unofficial language in Israel and many Europeans, headed by Sweden can converse comfortably in English.

All this means that our books are available in their language of origin to around 240 million primary speakers and 840 million secondary speakers of English.

However, although there are reckoned to be 10 million secondary speakers of English in China, there are another 1,200 million non-English speakers in mainland China alone. Most speak a variety of Simplified or Traditional Chinese (Mandarin) or Cantonese although there are over 200 dialects.

What About Non-English Speaking Markets?

Literacy rates are a hard one to pinpoint as shown in this Guardian article. ‘World Literacy’ from Central Connecticut State University  uses “literate behaviour characteristics” and puts Finland in first place and Norway in second, and Iceland, Denmark and Sweden rounding out the top five. Switzerland follows in sixth, with the US in seventh, Canada in 11th, France in 12th and the UK in 17th place.

If the report had only ranked nations on their reading assessment results, the final tables would have been very different: Singapore comes in top, with South Korea, Japan and China in second, fourth and fifth places respectively. Finland is the only non-Pacific Rim country to make the top five, in joint second place. The UK is 26th.

These are mere pointers to the complexity of selecting the markets into which you may wish to sell foreign language translations. You will need to do a lot of research…

Who Should You Use to Translate?

Let’s get automated translation out of the way. Google Translate has come a long way since its laughable beginnings, but it ain’t there yet. Tourists use hand-helds or apps to make their trips a great deal more enjoyable, but it’s not proper translation.-

The next step up, machine translation, is a human translator’s tool; there are commercial applications like Deja Vu, and universities often have their own enormous corpi in house at the disposal of its students and alumni.

But these are aids, saving professional translators an enormous amount of donkey work by using glossaries and similar examples from previous projects; they are not definitive originators of good translation. Such tools cannot work out connotation or context, for instance. Any document run through a translator’s machine translation workbench tool needs strong editing and polishing.

What does it take to become a human translator? After a first language-based degree (often a four year sandwich course involving overseas placement), comes an MA in translating, interpreting or related skills, or the Diploma in Translating/Public Service Interpreting. Together they take about five or six years of training.

Then the on-the-job training starts, usually with some mundane glossary compilation and weeding work – the equivalent of sweeping up hair in a hairdresser.

After a while they are let loose on real work under supervision of a senior translator or project manager. All translations are edited and proofread by a supervisor or senior colleague, whatever level the translator works at. After a year or two at this stage, they may seek permanent staff positions or branch out on their own as freelancers.

Most translators will specialise. This enhances their earning capacity which as a general translator is low. More training follows (here’s an example0). And to come back to the book world, literary translation is a speciality.

The Specialism of Literary Translation

Many of these literary translation specialists are creative writers with their own published work, be it poetry, prose, or screenplays.

A literary translation is a creative work striving to transmit the original author’s message into a different cultural context. In order to stay true to the authenticity of that author’s work it often strays from the word-for-word model required for technical translation.

The other point to note is that a professional translator only works from the foreign language into their mother-tongue. However proficient the translator’s skills, context, tone, style and voice are difficult to use in a different mentality. I’ve spoken French since I was five, been a student and worker in France and lived here permanently since 2010. And I’m a fully qualified translator. But although my written French is proficient, I would never work from English into French at a professional level.

Why? Mentality and cultural connotation. A tiny illustration… For foreign language speakers or bilinguals wishing to translate into English, this used to be my acid test: ‘Here’s one I prepared earlier.’ Mother-tongue British English speakers brought up on the UK recognise it immediately as a well-known catch-phrase from a British children’s television programme that has passed in modern popular culture.; others may not.

Where to Find a Professional Translator

The two UK translation institutes which regulate translators and offer professional training are the Chartered Institute of Linguists  and the Institute of Translation and Interpreting. In the US, it’s the American Translators’ Association. Other countries’ organisations can be found here.

What to Ask a Potential Translator

Then ask for a sample translation of 200 words. Supply the same text to each translator you are considering.

Get three quotes and compare the samples of translated text. Ask another translator in the target language to assess the standard of the samples the translators provided.

A Note about Costs and Timing

Commissioning a professional translation is not a cheap business – expect $14-16/£10-12 per 100 words as a minimum for quality work.

Build in time. The translator’s quip is that clients can have two out of the three of good, cheap and fast, not all three.

A Word about Marketing 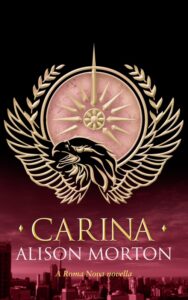 Translation is but one step. Marketing also needs to be in the same language and adjusted to cultural and marketing norms, be it a simple description on a retailer product page, writing blogs, Facebook pages, replying to fans, running campaigns.  You either need to be proficient in that language and know the market culturally or employ a local assistant.

My aim is not to put you off translating your beautiful book, but to point out the realities, including costs.

OVER TO YOU If you have any questions, Alison will be happy to answer them via the comments. Feel free to add your top tip, case study or cautionary tale from your own experience of self-publishing translations of your books.

#Authors - thinking of getting your #selfpub book translated? Don't do it until you've read this fab advice from the insightful & experienced @alison_morton Click To Tweet
Alison MortonEnglish languageforeign marketsTranslationtranslators