Could You Be the Next Young Writer of the Year? 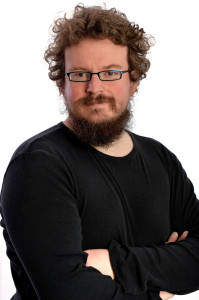 English indie author, poet and journalist Dan Holloway turns the spotlight on a great opportunity for UK and Irish authors aged 35 and under, which is now open to self-published authors – hurrah!

The Young Writer of the Year Award  has launched the careers of some of our most celebrated authors in its 25 year history – Sarah Waters, Adam Foulds, and the new Oxford Professor of Poetry Simon Armitage are among its alumni. Under the sponsorship of The Sunday Times and agents Peters Fraser Dunlop, this year’s prize, open to UK and Irish writers aged 35 and under, has brought a wonderful and diverse shortlist encompassing poetry, a thriller, literary fiction, and short form fiction.

It has also brought an exciting new turn – for the first time ever the prize was open to self-published writers. Submission is very straightforward – via pdf to Peters Fraser Dunlop, who compiled a list of six self-published writers to join the same number of traditionally published writers on the longlist. For such a prestigious award (not to mention one with a £5,000 prize for the winner and £500 for those shortlisted), this is a fabulous opportunity, and with this year’s judges including Sarah Waters, an incredible chance to get some serious eyeballs on your book!).

There are, sadly, no self-published books on this year’s shortlist, but I have had the opportunity to speak to head judge – no, not Len Goodman but Sunday Times Literary Editor Andrew Holgate, and head of Peters Fraser Dunlop, Caroline Michel. Their feedback was both informative and, I hope, a spur to get more self-published writers submitting next year. 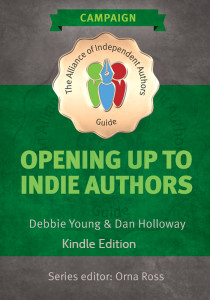 There are five headline messages I want people to take home, which I hope will encourage many more self-publishers inside and beyond ALLi to enter.

First, and most important, there were very few self-published entries. It’s not clear at this stage why. If it’s because the word just didn’t get out, then let’s do everything we can to make sure next year it does. Think what an impact it would have on the profile of self-publishing if a self-published writer won an award like this! Of course, it may be that there just aren’t many people in this age bracket self-publishing (I can think of many reasons why there wouldn’t be), in which case, maybe we should be reaching out to encourage people!

The other four points all have to do with the kinds of books entered, and not entered, this year. The shortlist contained both poetry and a thriller, two genres in which self-publishing is widespread. It would be great to see self-publishing’s finest in these areas submit more. This year’s shortlist should offer encouragement that the judges are not tied to considering the traditional literary fiction fare you might assume they would be.

This is a prize that, unlike many, really seems to be putting its neck out to give self-publishing a platform, and as co-author of Opening Up to Indie Authors, I find that incredibly heartening. The very good news is that under its new sponsors, the prize will remain open to self-publishers for several years to come. So you have plenty of time to get planning your entry.

Let’s (well, my younger colleagues, anyway!) show the world what self-publishing has to offer!

SNEAK PREVIEW: Monday 23rd November sees a free panel event at Foyles, with the shortlisted writers and three past winners. This is a fabulous chance to get a sense of what's being looked for, and to ask questions to the writers, and the organizers. Advance booking essential – more info here.

OVER TO YOU If you know of any other awards recently opened up to indie authors, we'd love to hear about them!