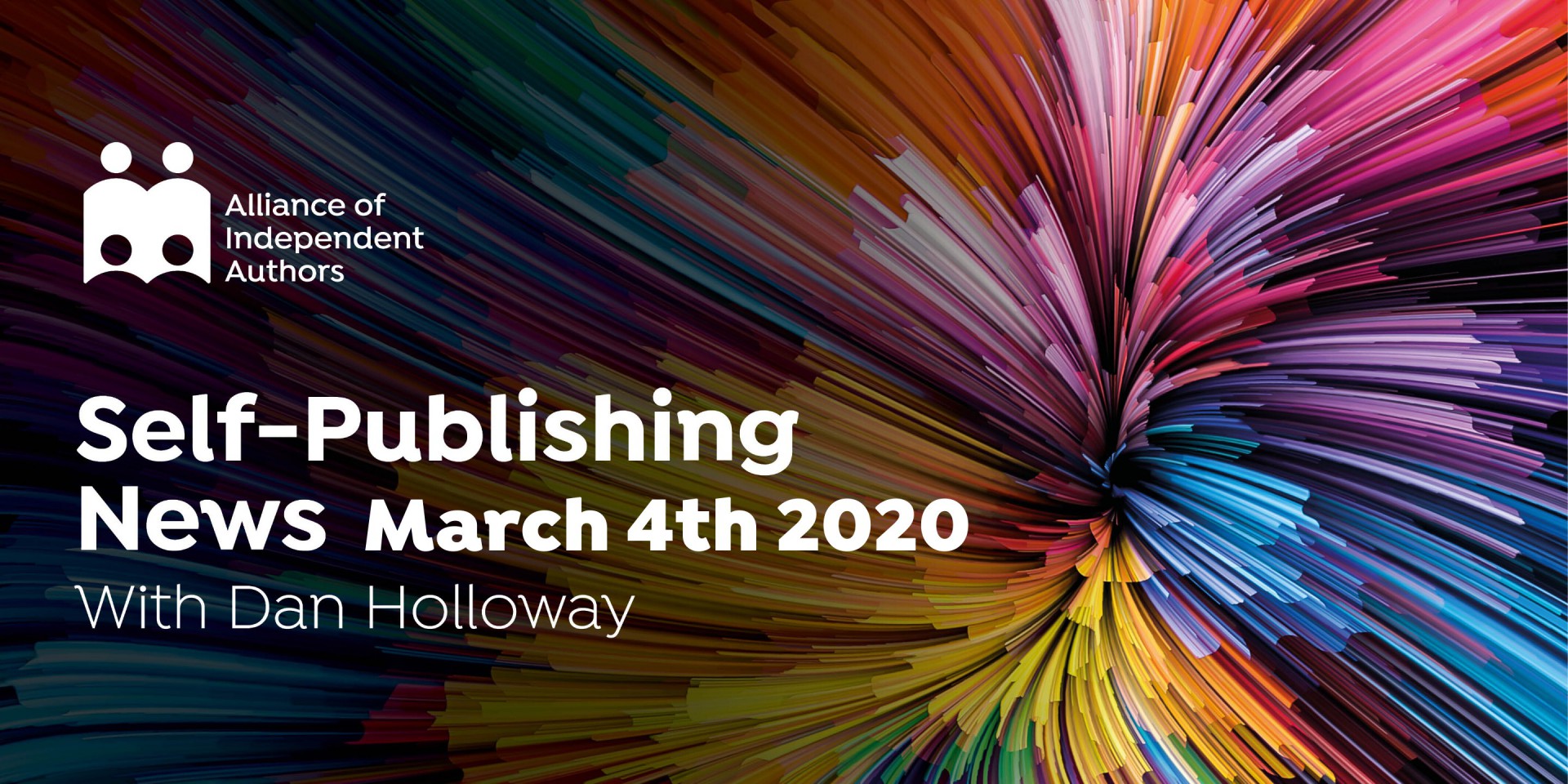 As of 9.57 this morning, London Book Fair 2020 has announced it is not going ahead this year.

Writing this week’s news was really hard. Coronavirus obviously dominated the world’s news coverage and our little corner of life is no exception. Uncertainty has been the flavor of the week here at ALLi — and throughout the industry.

When Paris and Bologna Children's Book Fair were gone, and Leipzig announced their cancellation, all eyes were then on London. We increasingly felt that we should not attend, and the past two days was spent preparing ALLi's withdrawal, as LBF seemed determined to continue, even as the list of companies dropping out was getting longer. Hachette, Penguin Random House, Simon and Schuster, and Harper Collins had all gone.

The big two for indies were Amazon – and that includes Audible and KDP– and Ingram. Without them, of course, Author HQ's programme was looking somewhat bare and devoid of ALLis and other indie authors and advisors. But the Fair itself remained determined to proceed, with emails up to yesterday saying they were determined to go ahead.

There has been speculation as to why. One obvious reason is that the British government, who announced its Coronavirus emergency plan yesterday, has not banned major gatherings. If they had announced such a ban, the insurance position would have been clearer. As it is, everything was left unclear.

Another is the payment arrangements for the fair. All the while exhibitors were running up costs in time and money which they will not be able to recoup. Monday, for example, was ALLi's deadline for printing its publicity materials. And much time went into planning the withdrawal that I had planned to announce here today.

The news from LBF this morning is common sense and welcome, but the lack of leadership from London Book Fair has been duly noted by many. The change of heart may have been driven by the change of coronavirus' status to notifiable disease. This may have affected the organisers' ability to claim insurance. There are lessons here about consequences for governments, and for event organizers.

Take care and stay well. And if you're feeling anxious about Coronavirus… write it out!

One of the highlights of London Book Fair for indies is the Selfie Awards. Run by Bookcrunch, the awards celebrate the very best of indie books from the previous year. Last year, you may remember us celebrating the success of Jane Davis’ stunning Smash All the Windows. This year, many ALLis are once again shortlisted. And, as we announced a while back, the Selfies have expanded to include a US version. The winner announced at the American Library Association conference in Chicago on June 27th. The deadline has been extended to March 9th, so if you are the author of a self-published novel of 100,000 words or fewer, there’s still time.

A New tool from Wattpad

Our love of Wattpad here at ALLi is no secret. They are consistently ahead of the curve when it comes to technical innovation, when it comes to providing authors platforms in new media, and plain and simple reader engagement. But while the site is a don’t miss destination for Young Adult and SFF readers, it has so far stayed away from one massive reader group – devotees of adult fiction. It dabbled with an app called After Dark, but that was very much the add-on it sounds like. But now readers will be able to access mature content direct from their Wattpad dashboard. And that means writers of erotic content can begin to benefit from the opportunities Wattpad offers its writers.

Wattpad has, it should be noted, worked hard to ensure that its vast numbers of under-18 readers will not stumble across this content.

Meanwhile, DeepZen has launched the first audiobooks featuring fully digital narration. This is an incredibly exciting development for indies looking to reduce the cost of audiobook production. The narration uses machine learning to match the text emotionally in a way that traditional digital voices can't. The company is now an ALLi Partner Member and we will be running a case history with them, to expore and explain to our members what's possible.

Ar you worried about print book scammers? Is it as much of a problem as with ebooks, or will rules to crack down end up being a bit of a nuisance? Let us know in the comments below.