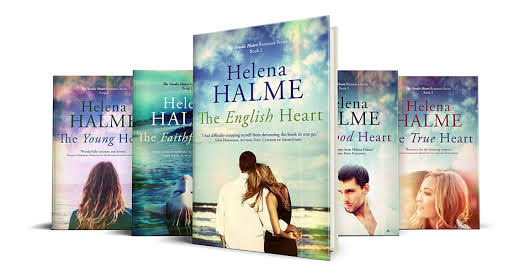 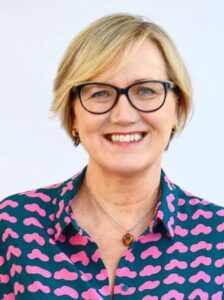 Sometimes it makes great marketing sense to change a book title after publication. This happens in the mainstream publishing trade, as well as in indieland.

This inevitably means also changing its cover. If you’d also had other changes in mind, why not also take the opportunity to bring in a new edition of the book’s content.

But if the original edition has in the meantime attracted lots of great reviews, what happens to those? Fortunately, if you go about it in the right way, you can have the best of both worlds – make your changes and keep your reviews – as Finnish novelist Helena Halme explains, in her case study about rebranding what is now her Nordic Heart series.

I write Nordic romance, but my books were titled, The Englishman Series.

I’d been thinking about changing the name of my Nordic contemporary romance series for a while, because I thought the original titles didn’t quite say what the books were about.

The series name developed organically from the first book, The Englishman (now The English Heart), which was really meant to be a stand-alone novel. When I began writing the second novel, I had no idea I’d publish three more books for the series, so I really didn’t plan the names at all.

It became apparent when I was trying to find a title for book number four that none of the other titles truly reflected the inside of the books, or the series as a whole.

Inspiration at the Airport

When browsing at an airport bookshop last autumn, I saw at the back of a novel a sentence which caught my eye, “THIS BOOK WAS PREVIOUSLY PUBLISHED AS X.” Oh, I thought, that’s interesting.

When I got home from that particular trip, I’d made my decision: The Englishman Series was going to become The Nordic Heart Series, and all the titles were going to follow suit.

Little did I know how much work this change involved.

Don’t Underestimate the Work Required to Change a Book Title

Changing the name of a series and all the individual titles isn’t simple. I decided to coincide the change of the series name with the launch of a new book, The True Heart, last November, and this may have been the most foolish decision of all. Not only was I dealing with a book launch, but also with the change of all the names across the series. I completely underestimated the task ahead.

List of tasks required to change a book title:

Ask Amazon to Link the ebook and Paperback Titles

There is no issue in keeping the book’s reviews for your ebook editions (unless you use your own ISBNs in which case you need to unpublish and publish the ebook too with a new ISBN), because these are the same since all you’ve done is to change the covers and the titles (which you can do with an ebook, but you cannot change the title of a paperback).

To keep the reviews of the old paperback titles, Amazon needs to link the two titles, or series. Once the new titles are up, I asked for a link to be made through the help function: Linking eBook and Paperback Editions.

They should do this if the title is exactly the same as the ebook, but because you’ve changed the titles of the ebooks in the series, and uploaded new paperback versions, they may flag this up as two different books, so you need to persevere.

Critical Factors for Amazon to Change a Book Title

Make sure your ebook and paperback book details match exactly.

Don’t take ‘No’ for an answer

When you reply to an Amazon message, that is when you get to speak to a ‘real’ person. I believe the replies you get through the help function are largely automated, and very little time is spent on looking at your problem or question in detail. They probably have a guide and run down it, find the issue code and reply ‘Yes or ‘No’. I have no actual evidence of this, but that’s what I imagine happens, because many times when I have replied to a ‘No’ message, it comes back with a ‘Yes’ after I‘ve explained the situation.

Being nice gets you almost anywhere. Remember Amazon is a huge company, but you are talking to a private, normal person who’s just trying get through their day. If you are nice and explain your situation, the person will want to be nice back. If, however, you are obnoxious and unpleasant, why would anyone want to help you?

Besides, Amazon has been pivotal in the rise of the self-published author. I certainly would not be an indie author would it not be for the Kindle and Amazon.

If you’re unsuccessful in linking the two titles (after ensuring everything is right as above and asking twice), your final fall-back is to ask your readers to repost the reviews. If you have a mailing list, this is obviously much easier.

I copy and pasted all of my reviews from my Amazon Author Central page BEFORE I unpublished the paperback copies, so that if I lost some, I might be able to write directly to the reviewers (if I knew who they were). I also planned to send everyone on my mailing list a plea to rewrite their reviews.

Luckily I didn’t have to do this, as Amazon kindly linked all of my books under the new titles.

I still have the occasional glitch with some of the ebooks not being linked with the correct paperback version, but if this happens, I write to them and ask again to link the two. Usually this happens within a few days.

Finally, don’t forget to tell your readers that the titles have changed! I sent two rounds of emails and in the end got just the one complaint about the new names. I still have a note about the old titles in my blurbs, although it’s been more than six months now.

Here’s a list of how to let your readers know of the name changes:

Be Patient and Realistic

The whole process to change a book title of The Nordic Heart Series took about six weeks. As you can see from the list above, there were a few tasks to complete. I also spent a lot of time exchanging emails with Amazon.

Amazon replies usually within 24 hours. Be prepared to wait a little longer with the title linking as it seems to require more time. Also, be prepared to exchange a couple of emails with a ‘real’ person. These replies also take 24 hours, especially if you, like me, are in the UK and are talking to someone in the US, in a different time-zone. Dealing with just one issue with Amazon can sometimes take a whole week. It requires patience (which I am not particularly known for!).

As I mentioned before, I still get glitches which my readers tell me about. The paperback versions for some of the books still occasionally disappear, or show the old versions. All I do is keep an eye out for any problems, and when they occur write to Amazon.

I hope this post has informed you about the issues involved in trying to change a book title.  If you’ve just published Kindle copies of your books (without your own ISBNs), it’s easy. You’ll be able to keep all your reviews. The only issues you have to deal with are‘just’ remembering where all the books are listed.

OVER TO YOU Do you have any top tips to share based on your own experience of changing book titles? Please feel free to share them via our comments box!

#Toptips for #indieauthors: how to change the titles of a #selfpub book without losing your reviews - case study by @HelenaHalme Click To Tweet

Publishing: Everything the Indie Author Needs to Know about ISBNs for Self-published Books