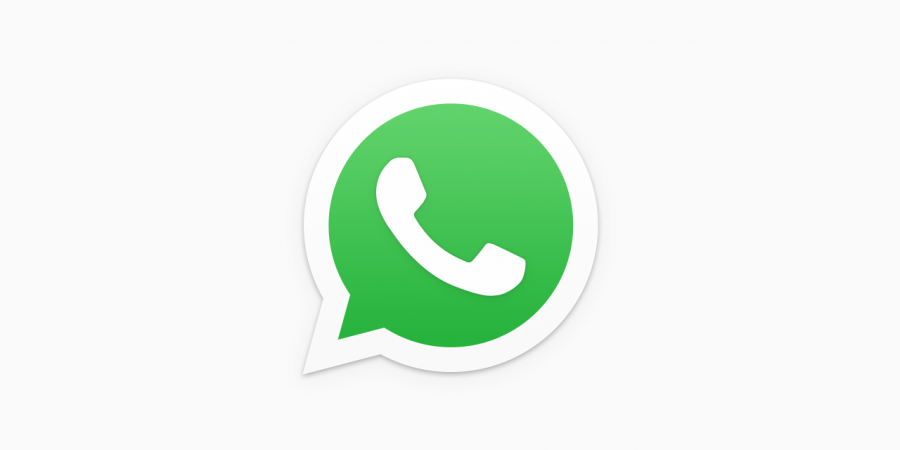 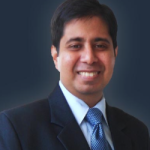 ALLi Partner Member Ritesh Kala of Read Out Loud explains how to use WhatsApp – a cross-platform mobile messaging app which allows you to exchange messages without having to pay for SMS – to tap into the vast and fast-growing Indian market, which is characterised by a very high dependence on mobile internet applications.

For any indie author looking to reach out to an international audience, India should be at the forefront of territories you should be investing in. The reasons are simple. It is one of the largest markets for English books outside the USA and UK, has a massive young population who consider reading English books as trendy, and a publishing industry which is growing in double digits.

Predominance of Mobile in India

Let me start with a piece of information. India will have a much higher percentage of mobile internet users, than those connected through larger devices. Also, mobile devices are now available in multiple languages, thus getting an increasing number of people connected.

India's internet user base grew over 17% in the first six months of this year to 354 million, according to the Internet and Mobile Association of India. The base had grown to 302 million by the end of 2014 after clocking its fastest rise of 32% in a year.

The mobile internet user base grew to an estimated 213 million by June, from an estimated 173 million at the end of last year, of which 128 million users were from urban area and the rest 45 million from rural India. Of the total, 127 million users are for local languages.

The Challenge of Discoverability in a Massive Market 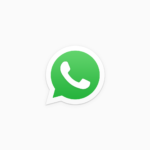 The key challenge for indie authors globally, and more so in India is one of discoverability. And one method which is working wonderfully for them is email subscriptions. However, with the predominance of mobile internet in India, other platforms gain in importance. And this is where the importance of messenger applications come into play.

While there are disputing studies which show WhatsApp and Hike messenger apps as leading the pack, one thing is clear. WhatsApp should form a part of the strategy to reach readers.

Read Out Loud has witnessed or been part of two very interesting campaigns for using WhatsApp to promote books. The first one was used by India’s highest-selling writer of thrillers. The other one is being used by an author with a substantial audience for his non-fiction books.

The way in which subscribers were attracted, the kind of content shared, and the responses have all been different.

Author is a bestselling financial thriller writer in India, with eight books released and millions of copies sold. For his latest book, he moved genres and publishers and veered into the romantic thriller category. The author already has a massive following on Twitter and Facebook. 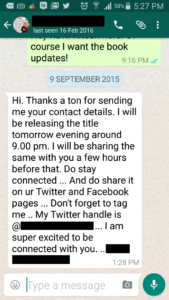 How people were enticed to subscribe: The author invited people on his other social media properties by sharing his WhatsApp number and asking people to message him on that number to be added to his broadcast list.

Using the broadcast method: Broadcasting is one of the benefits of messaging apps like WhatsApp, where you can broadcast a message to a number of people without them coming to know who else is receiving the same message. This is unlike using a messaging group where everyone can see the other participants.

How were they kept engaged?

After the initial launch, the author uses the broadcast group to share his take on industry news which may be of interest to readers, his other achievements, his reviews and recommendations for other books, asks his audience questions, etc. This keeps them engaged, and also makes this more personal.

For me, this feels more personal than Facebook statuses and tweets.

The importance of connecting beyond WhatsApp: The author could pull this off, as he already is a well-known personality and has a large audience.

Author has published multiple non-fiction books, but was releasing his first fiction book. This meant that the target audience was drastically different from his earlier books. The aim was to generate word of mouth for the book and the series.

How people were enticed to subscribe: We organised multiple events for the author across college campuses to arrange for guest lectures. During these lectures, we identified kids who we thought were interested in reading, as well as the author’s books. These kids were made as ambassadors for the author and his book series for their college. They then spread the word about the book on their college social networks and WhatsApp groups. This is similar to having author street teams but using messaging apps to promote the books.

Exclusive benefits: They were the first to get invites to events in their cities, and have been promised the entire series in paperback. The benefits they receive are very similar to street teams, but the entire thing is coordinated through WhatsApp.

Book Reviews and Summaries on WhatsApp

There is at least one person who is doing this seriously, and he now has over 5,000 people to whom he sends out book summaries once a week in text and audio formats using WhatsApp. This is beneficial for people who do not have time to read the entire book, and he is currently doing this only for non-fiction books. However, this has made me pick up books I would otherwise not have known about. The audience here is also one of passive readers, the ones who take a book from being average in terms of sales and onto the bestseller category. 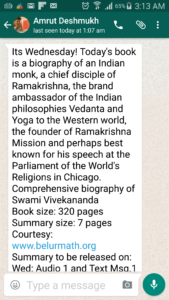 The benefit of messaging apps is that the rate of opening messages is much higher than for emails currently. (This is based on empirical evidence, and I don’t have numbers for this.) 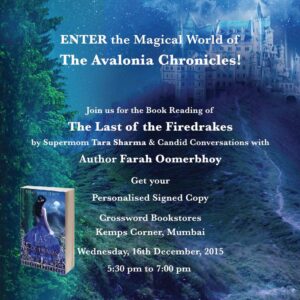 We have WhatsApp groups for everything from entrepreneur support groups to reading clubs. These groups can be powerful, and more personal than Facebook groups as responses are immediate. Reading clubs can be replicated really well on messaging apps. We are just scratching the surface of what is possible here, and I am sure more innovative ideas will come out over time.

OVER TO YOU Have you used WhatsApp for book marketing yet? Do you have any tips to add to Ritesh's suggestions, or any cautionary tales? Please feel free to share via the comments box.

Ritesh is the founding partner of Read Out Loud Publishing LLP, a company started with the objective of bringing great literature to India. Read Out Loud is a Book Marketing and Book Distribution Company which aids international authors bring their books to book stores and online sales platforms in India. Read Out Loud also produces audio books.
You can connect with Ritesh on LinkedIn or via the Read Out Loud website: www.readoutloud.in.