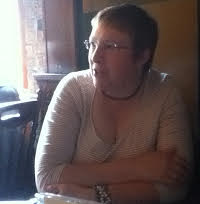 Why Indie Authors Should Support the Call for Fairer Publishing Contracts

It's easy for indie authors to assume that trade publishing issues don't affect them, given that they've made the decision to ply their trade outside the traditional sector. English author Jane Steen, who is based in the USA, explains why she believes all authors, no matter how they are published, should join forces to lobby for fairer contracts and respect for authors' rights.

Two venerable author advocate groups,  the UK’s Society of Authors and the Authors Guild in the USA, have recently stepped into the limelight to announce that they are fighting for fairer contracts between publishers and authors. The impetus for these actions seems to come from reports that authors’ median incomes have dropped precipitously since 2009, while publishers have fared far less badly.

Industry journalist Porter Anderson here summarizes the situation for the UK’s leading industry publication, The Bookseller. In short, the Authors Guild’s Fair Contract Initiative seeks to empower authors to stand up for their rights, while the Society of Authors is seeking legislative change – an interesting comment on the differing political environments of the two countries.

(Here's a link to an address made by Society of Authors Chief Executive Nicola Solomons last Tuesday, at the House of Commons, London, calling for fairer contracts for authors. )

Should indie authors care? In a word, yes. ALLi’s attitude toward trade publishing is to see it as one of many options open to authors.

Yet in the broader indie world there’s sometimes a tendency to use reports of any and all ills in the corporate publishing sector as proof that self-publishing is the better way, (indeed, for some, the only way), and that all authors should leave their agents and publishers behind and embrace entrepreneurship.

I’m here to argue that we should not only care about fair contracts in trade publishing, we should actively support the advocacy efforts of our sister author organisations:

How to Support the Campaign 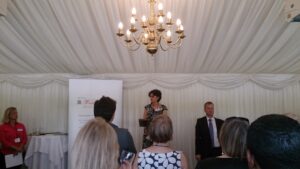 Society of Authors Chief Executive Nicola Solomon calling for fair pay for authors at the House of Commons, London, July 2015

How should indies show their support? As a first step, consider joining your local Authors' Association if you’re eligible and that feels right to you. ALLi's Open Up To Indie Authors campaign has seen most associations now embracing indie authors and understanding they can learn a lot from us.

Going forward, simply make your support for these initiatives known.

And don’t talk about authors who publish through a corporation as if they’re from another planet. They are us.

JOIN THE CONVERSATION
Do you agree with Jane? Please feel free to join the debate and add your voice to the campaign via the comments box below.