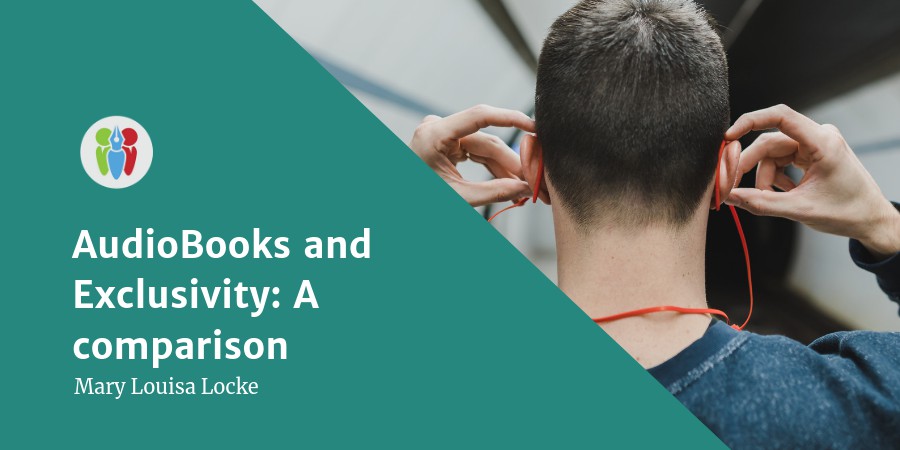 With the rise of audiobook popularity, comes a familiar question: wide or exclusive? Still today, indie authors struggle with the decision over whether or not to publish their ebooks exclusively with Amazon’s KDP Select or “to go wide” by distributing them to additional retailers. In today's post, author member Mary Louisa Locke discusses audiobooks and exclusivity.

I have found little discussion of these competing strategies when it comes to audiobooks. Given that audiobooks are the most rapidly expanding sector of the publishing industry, I believe it’s time for the discussion over wide or exclusive to begin in earnest.

In my own case, I recently shifted from publishing my audiobooks exclusively with ACX, the audiobook production and distribution arm of Amazon, so that I could “go wide” by distributing through Findaway Voices, a division of the audiobook distributor, Findaway. I hope that by sharing my reasons for making that shift, I will help other authors consider whether or not this strategy might hold promise for their own audiobooks.

As a pragmatist, I’ve always tried to determine what strategy will maximize the availability and visibility of my books, minimize the amount of time and money spent on production and marketing, and maintain the greatest flexibility so I can respond to changes in the industry. For my ebooks, sometimes this has meant going wide, sometimes going exclusive. Currently my Victorian San Francisco Mystery series is wide while my Paradisi Chronicles science fiction series is exclusive to KDP Select. 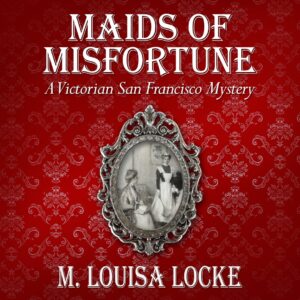 In 2012, using the above criteria, I didn’t hesitate to go exclusive with ACX for the distribution of the audiobook version of Maids of Misfortune, the first book in my Victorian mystery series. Exclusivity was the only way I could use ACX’s royalty share option (splitting royalties 50/50 with a narrator so that I didn’t have to pay money upfront). That option was the best way for me to minimize the time and expense it would take to produce an audiobook while maximizing its availability and potential revenue since ACX distributed to Amazon, Audible and Apple Books, the dominant audiobook markets at that time.

I continued to sign exclusive contracts with ACX through 2017, even though I stopped using the royalty share option, because a non-exclusive contract would cut my royalties from 40% to 25%, and I had no reason to believe I would make up the loss of that revenue by selling my books elsewhere.

However, last summer, after hearing representatives from Findaway Voices speak at a NINC conference about the ways they differed from ACX, I decided to publish the audiobook editions of my new science fiction trilogy with ACX under non-exclusive contracts so I could experiment with distributing through Findaway Voices.

This spring I then shifted all but one of my Victorian mystery books (which was still under a royalty share option) from exclusive to non-exclusive status with ACX and published them with Findaway Voices.

I made this decision for the following reasons.

With traditional publishers actually making it more expensive for libraries to order digital books, I believe indie authors have a real opportunity to carve out a significant percentage of the growing audiobook library market—if they aren’t locked into exclusivity with ACX.

This decision paid off when I was offered a chance to promote one of my books with Chirp. Findaway Voice’s promotional tools, including my experience promoting with Chirp, will be the focus of my ALLi blog later this month, so stay tuned.

What do you think about audiobooks and exclusivity? Are your audiobooks wide or not? What are your reasons for that decision?

10 Myths and Misunderstandings about Amazon

M. Louisa Locke, a retired professor of U.S. and Women’s History, has embarked on a second career as the author of novels and short stories set in Victorian San Francisco that are based on Dr. Locke's doctoral research on late 19th century working women. More about her work can be found at http://mlouisalocke.com/