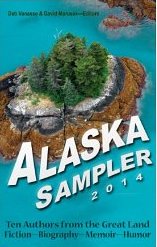 How to Reach New Readers with Anthologies 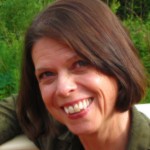 Anthologies, which bundles work by many authors into a single volume, can provide a great showcase from which indie authors may reach new readers and share their existing fans with fellow writers. Alaskan author Deb Vanasse describes how she created a mixed genre sampler with her state as the unifying theme.

Author David Marusek and I read at the same time a post that mentioned book bundling, and we both had the same idea: let’s create a free bundled ebook, an anthology of samples that would allow readers to discover new books and authors—for free.

For years, big publishers have created anthologies featuring excerpts from the titles they’re promoting for the upcoming season, anthologies that they give away at major conventions. They're also starting to distribute these as free e-books through NetGalley and elsewhere.

David and I set out to create a similar product, a free collection representing the work of the best writers we knew, starting with those who have joined our independent author cooperative Running Fox Books.

Though the selections we chose are diverse, they all meet our quality standards, and focus in one way or another on Alaska, the common ground (literally and figuratively) between us. Alaska is high-interest topic among readers – nearly two million people visit our state each year – so we named our e-book simply Alaska Sampler 2014.

While we were creating an e-book, we didn’t want to slight the brick-and-mortar bookshops that sell our print books, so we offered booksellers throughout our state a chance to partner with us in exchange for annotated store listings embedded within the book and on the Running Fox website.

We scrambled to launch our Sampler to coincide with the beginning of Alaska’s tourist season, reasoning that visitors would be a big part of our market. The book performed exactly as we’d hoped. On launch day, our website (with a “freebie” page for readers to side-load the anthology onto their e-readers) generated ten times the traffic it had been averaging per week. Within a few hours of release, we’d hit #1, #2, and #5 in our Amazon categories. Amazon’s bots picked up on the activity and the e-book’s free status elsewhere. Twenty-four hours later, the book achieved “perma-free” status on Amazon.

And the benefits continue. Released at the beginning of summer, the Sampler has held at #1 in its primary category at the Kindle store, where it appears on the first page of search results for “Alaska.” Traffic at the Running Fox website remains up: 150% over last year.

After thousands of downloads in the first few months post-publication, the e-book is a continuing source of free marketing for our authors and our author co-op, working as a loss-leader as it entices readers to read and buy books written by our contributors:

How to Create an Anthology

Given the success of the project, we intend to do exactly that. For those who are thinking of creating their own free “samplers” as a way of reaching readers, here’s our advice:

Readers can download the Alaska Sampler 2014 for free at www.runningfoxbooks.com, or directly from online vendors.

Do you have any top tips to add to Deb's list? Have you had your work included in an anthology and has it helped you gain new readers? Join the conversation via the comments box!

#Writers: top tips on how to create your own #anthology by @DebVanasse: http://www.selfpublishing.org/anthologies/ via @IndieAuthorALLi

Co-founder of 49 Writers and founder of the independent authors cooperative Running Fox Books, Deb Vanasse has authored more than a dozen books. Her most recent is "Cold Spell", a novel that “captures the harsh beauty of the terrain as well as the strain of self-doubt and complicated family bonds,” according to Booklist. Deb lives and works on Hiland Mountain outside of Anchorage, Alaska, and at a cabin near the Matanuska Glacier. Find out more at her website: www.debvanasse.com.