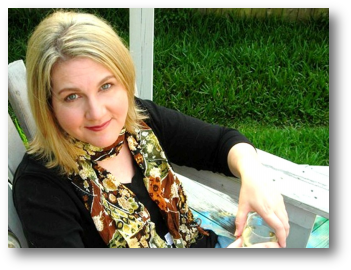 Long before I was a writer, I was a voracious reader. I enjoy excellent work in every genre. PR reps, editors and publishers frequently ask me to blurb, review and blog about their books, and over the years, I’ve done dozens of reviews in a number of venues, including Amazon.

As part of its sweeping deletion of thousands of indie book reviews, Amazon has censored several reviews written by me and reviews posted on my independently published books. As an author, of course, I’m dismayed by the disappearance of positive reviews and consequent degradation of ratings on my own books.

As a bookseller, I’m frustrated that the deletion of my reviews is resulting in broken links and bogus listings, which will damage customer experience.

As a reviewer, I resent the waste of my time and disregard for my opinion, and as a reader/consumer, I’m wondering how many reviews I’m not seeing and why they were censored.

When an author acquaintance of mine inquired about missing reviews, she received this canned response:

One of our goals with Customer Reviews is to provide other customers with unbiased reviews so they can make informed buying choices… We do not allow reviews on behalf of a person or company with a financial interest in the product or a directly competing product. This includes authors, artists, publishers, manufacturers, or third-party merchants selling the product. We have removed your reviews as they are in violation of our guidelines. We will not be able to go into further detail about our research.

Swallowing my immediate scoff-cough to grant that response benefit of doubt: As a workaholic author/ghostwriter for almost 20 years, I have functioning connections to many mainstream publishers, agents and editors and a throng of indie publishing acquaintances. It’s not possible for me, as a reader, to avoid everyone I’ve ever worked with, nor do I want to; I work with some people specifically because we’re into the same types of books. Others reach out to me after I review their book, and I’m happy to make their acquaintance.

As of today, my review of JK Rowling’s Casual  Vacancy is still intact on Amazon, along with numerous reviews which explicitly state the poster has no intention of ever purchasing or reading the book. My review is currently ranked by customer vote as Most Helpful of almost 1,500 reviews. Will it disappear tomorrow because Rowling’s publisher has also published me or because Rowling is my “competition” (double cough)?

Is Amazon arguing that, because I’m a professional writer and editor, my review facilitates “informed buying choices” less than a review that admits to having no actual knowledge of the book whatsoever?

No. That review is probably safe. Amazon’s review censorship appears to be applied only to indie authors, despite the fact that incestuous blurbing and reviewing is a time-honored practice in the mainstream publishing arena.

We all know what happened here: Amazon opened a floodgate with non-discrimination as a selling point to usher in self-published authors. “Let the market decide” was the battle cry as the new order was delivered to the publishing world like a high colonic.

Industrious people who didn’t feel constrained by old-school, publishing etiquette or ethics quickly identified the manufacture of 5-star reviews as part of an action plan. Rather than be hoist upon the same policy that’s been used for years to defend uninformed, unfair and abusive book reviews with which authors have been forced to live, Amazon began censoring glowing indie reviews, defending that action with the above “interest/ competition/ integrity” auto-response.

Basically, Amazon created a Frankenstein, and now they’re trying to keep it from stomping around being all un-classy. Understandable. But integrity is not a turnstile; it’s a revolving door. What goes around needs to come around. If Amazon is not willing to eat the same pudding it’s been force-feeding traditionally published authors from the beginning, it’s their right to vet and censor reviews as they see fit, but please, let’s not abuse Roget by calling that “integrity.” Or “unbiased.”

Amazon has no obligation to be fair to authors, but they do have an obligation to be honest with consumers. And while Amazon is not obligated to have quality standards that actually relate to — oh, gosh, I dunno, maybe quality? – segregating and discriminating against certain authors and reviewers regardless of quality does not serve Amazon’s stated goal of improving customer experience — nor is it true to the egalitarian ideals touted by Amazon with regards to indie authors.

I have never participated in, and neither do I condone systematic back-scratching, review-bartering or mass-liking as advocated by many self-proclaimed self-publishing experts. I actively discourage it among the League of Extraordinary Authors, because unlike Amazon, I actually do trust the market to decide.

I believe readers rapidly caught on; amateurs and dabblers are branding themselves with those cheesy BS reviews in ways that will not benefit them in the long run. It was a self-correcting problem that could have been left to its organic resolution. Carpetbaggers will do whatever works, and this was going to work only for a short time.

These censorship measures are merely creating another little wicket in the obstacle course and rewarding scalawags with additional unmerited credibility when they nimbly negotiate it.

If Amazon employs censorship standards that discriminate against certain authors and reviewers (indies), they should be honest and forthright about that policy. They can’t preach a party line about the “democratization of publishing,” when in fact, indie authors have been assigned to a ghetto where a damaging 1-star review in which the poster admits to not reading the book is loudly protected under a banner of “integrity” — while favorable reviews are quietly censored due to undisclosed “research” and arcane criterion that automatically brands me and other indie authors as review whores and circle-jerkers.

I can’t help but notice that none of my reviews have been removed from indie authors with whom Amazon has publishing deals, and that raises some very troubling questions about the appropriateness of the world’s largest bookselling entity censoring reviews on publishing brands that could be perceived to be in competition with its own. The potential for abuse of that power is staggering in the context of past to-the-mattress conflicts between Amazon and mainstream publishers. Imagine the outcry if targeted Penguin or FSG titles were suddenly stripped of favorable reviews. Amazon could do this with ease and impunity, the same way they disabled buy buttons on over 5,000 titles earlier this year during a dispute with IPG.

I’ve said in the past and will continue to maintain that the only acceptable filter for Amazon reviews is proof of purchase. If they practice any sort of censorship beyond that, they are obligated to disclose it.

It’s my fervent hope that this damaging and ineffectual practice will stop as Amazon’s decision makers realize it’s not worth the money and effort they’re devoting to it. And I look forward to continuing and expanding a mutually appreciative and profitable relationship with Amazon in my multi-faceted role as author, publisher, reviewer and bookseller.

And as voracious reader.

Tomorrow: Amazon Answers Questions About Its Reviewing Policy & on Friday Linda Gillard questions whether indies are busting review etiquette and ethics without realising.

NYT bestselling author, ghostwriter and editor extraordinaire, Joni Rodgers, is founder of the League of Extraordinary Authors, a collective of critically acclaimed and bestselling authors who have, Joni says, "blurred the boundaries between indie and corporate publishing". Find out more at www.jonirodgers.com