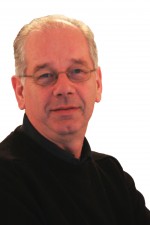 I have a medical condition called Haemochromatosis (Iron Overload) – it’s a genetic disorder that not many people know about but it touches 1 in 8 people. Personally I’m fine because I was diagnosed before any long-term problems kicked in but there is an estimated 3.75million people in Northern Europe walking around unaware they have this potentially fatal condition.
I’m beating the drum: to this end I’ve written a spoof thriller (The Unexpected Consequences of Iron Overload  ) to a) raise awareness, b) raise funds for the Haemochromatosis Society and c) bring a smile to people who are suffers.

Since mid-October I’ve raised £2,500 through donations and royalties so it’s not going too bad but more is always better.

If you are a member of  The Alliance of Independent Authors and you would like to showcase your work on our Writers' Wednesdays, please send it it [email protected] to reach me no later than the Friday preceeding the Wednesday you would like it published.