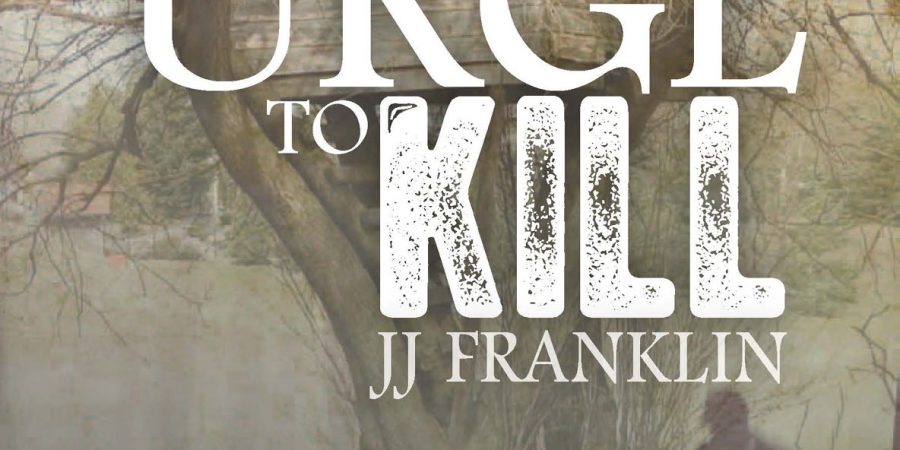 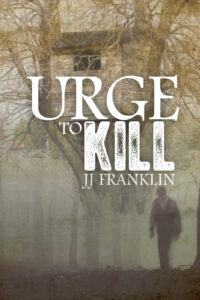 JJ Franklin will be signing copies of her book at Waterstones in Stratford-upon-Avon on 23 February from 11 to 1 pm, and would love to see you there.

Urge to Kill is the first in a series of novels featuring DI Matt Turrell of the Warwickshire Police.

Urge to Kill by JJ Franklin is a rich psychological thriller with great character development of both the detective and the murderer. The reader quickly becomes engaged in the epic battle between these two men. The book is set within the historic district of Stratford-upon-Avon.

‘Matt felt a shiver at the odd mix of images. It was almost as if they had the copper’s nightmare to deal with – a child’s murder. Except this was no innocent child but a young woman, he would guess around twenty-two and with everything to live for. Though it was obvious she was a woman, the bows in her hair, her pink party dress and white ankle socks said she was a little girl.’

Detective Inspector Matt Turrell returns from honeymoon to face the most bizarre and dangerous case of his career when the body of a woman is found at a luxury spa near Stratford-upon-Avon. However, struggling within the confines of his new marriage, and haunted by a past mistake, Matt finds it difficult to concentrate.

Killer, Clive Draper, is a clever, ambiguous character whose motives and personality is not beyond empathy. Empowered by his first kill, Clive uses his charm to draw further victims into his net. Seeing Matt as his mortal enemy, he uses his charisma to lure Matt’s new wife into his snare.

With the danger coming ever closer to home, Matt finds himself drawn into a deadly duel, where he must put his own life on the line and where the stakes have never been higher.

Available from Amazon. And any good book store. 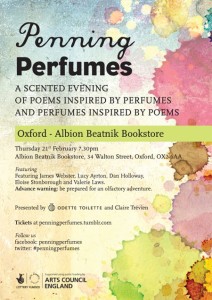 This Thursday, Dan Holloway will be taking part in Penning Perfumes, part of a national tour sponsored by the Arts Council. Words and scents collide in this multi-sensory night presented by olfactress Odette Toilette and poet Claire Trévien.

Listen to new poems while smelling the perfumes that inspired them, and try new fragrances created from a poem. It’s art mixed up in the best possible way. For one night only as a part of a national tour. 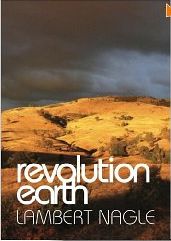 We will be giving away two copies of the upcoming paperback of Revolution Earth on Library Thing and four copies on GoodReads.

A sunny London lunchtime is punctuated by a casual act of violence that will ricochet across four continents. Stephen Connor, trainee Metropolitan Police detective is first on the scene when a cyclist is killed in a seemingly ordinary hit-and-run. Just another tragedy on a London street?

Nothing seems to trouble the driver, Big Oil PR guru Greg Palmer – who treats the incident as a minor inconvenience.  Palmer  is confronted by the dead girl's soulmate, Cara who howls at the injustice of a system that allows an unrepentent killer to walk free.

When Cara flees halfway across the world to confront him, Stephen is one step behind. Can Stephen protect Cara from a group of charismatic eco-terrorists, who try to lure her in?

Palmer thrives on burying bad news and there is no dirtier business than an oil company trying to hide a major environmental disaster. As a publicity stunt at a major oil refinery goes wrong, who will be there when Cara finds out that the target she cared so passionately about had simply moved?

Against a backdrop of London, New Zealand, Antarctica and Australia, the race begins….

The giveaway closes on March 19th. 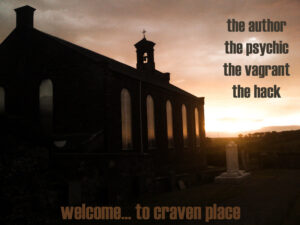 Details are mostly under wraps, but readers will be introduced to the mysterious vagrant calling himself Matthew Hopkins (no relation… probably…), the self-proclaimed psychic Tanith Pearce, and the centuries old curse that befalls all who enter the isolated Welsh farmstead called Craven Place.

The curious can get a copy of the novel for free for the electronic reader of their choice, a month before the novel is released to the public, by signing up to the author's sometimes quarterly newsletter directly from his website

It's easy to unsubscribe if you don't want to hang around after you have a copy of the book, but Richard sincerely hopes you might stay a little longer.

Sign up now, before you forget, and prepare to be welcomed… to Craven Place.

Send your contribution to Karen Lotter [email protected] to reach me by Friday preceding the Wednesday of publication. This weekly service is only for paid up members of ALLi.