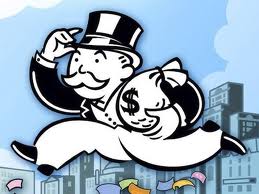 Agent-assisted SP takes many different forms. At one end of the scale, it mean an agency encouraging one of their authors to upload their backlist, and showing them how, without taking any payment, content with the revenue boost this will give to the trade-published titles they represent.

At the other are the many agents now uploading files to Amazon or other etailers in an account in their own name, and collecting 15% of the sales revenue ad infinitum.

Some agents are actively seeking unpublished writers to “assist” in this way. Some are even calling for the author to pay for editing, cover design, marketing, etc., then uploading the file in the agent’s name and account.

Some authors believe, and some are even being persuaded, that choosing this pathway, and paying that 15%, may smooth a pathway to trade publication for them.

Few of these deals are good for authors, who lose their ability to directly manage their books (e.g., pricing, files, distribution) not mention 15% of their sales revenue indefinitely.

And if they ever want to leave an agent who holds the ASIN (Amazon Identifier Number) and/or ISBN of their book, the author will have to re-upload to a new KDP account in their own name, which will cause them to lose hard-earned rankings.

In short, the Alliance of Independent Authors advises caution. If you need  advice about your particular situation, you can contact us at [email protected] 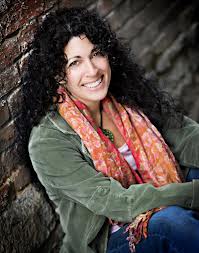 What I've learned is that it's essentially a way for agents to stay afloat in a changing publishing environment.

An agent's purpose is to sell your work to publishers, and as publisher's deals have become less attractive and self-publishing books have taken off, there are fewer significant traditional publishing deals many agents trying to recoup income from self-publishing sales of manuscripts they were unable to sell.

What has become a “standard” of AASP equates to self-publishing authors handling and paying for all of the work for their titles; formatting, editing, cover design, and marketing — and the agent manages the digital dashboards, such as KDP and PubIt (along with many others).

In exchange for managing those dashboards, that agent receives 15% of your income for the life of the book. While it may feel great to have an agent “on your side”, digital dashboard management can be taught to you in seven minutes–without a loss in revenue.

For those looking to traditionally publish, don't get roped into thinking that if an agent helps you self-publish, you'll have a better chance at reaching traditional publishers with your next manuscript. Agents try to sell work they deem worthy of their representation. If they cannot sell the work, then capturing income by taking 15% of your hard-earned self-publishing revenue should not be an option — unless they are securing a marketing deal for you elsewhere.

KDP White Glove
Securing a marketing deal can sometimes require an agent's collaboration. Programs such as KDP's White Glove Program (WGP) require an agent. In those cases, agent earn 15% of your income, which is reasonable, but not if the contract stipulate that this is for the life of your book — long after your WGP contract is over.

While WGP can be very helpful, I suggest that authors negotiate a shorter term for the revenue split.

Selling of foreign rights, audio rights, and film rights have nothing to do with AASP and should not be confused as such. Agents do not need to earn 15% of your self-published book's income in order to sell those additional rights. Those rights are handled as separate contracts, with revenue/advance income negotiated for each.

AASP is quickly becoming a new income generating model for agents, and I strongly suggest that authors take the time to understand what they are giving up in order to be agent assisted — and what they stand to gain.

While some programs are worthy of the agent revenue grab, such as WGP, there's no need to sign away lifetime revenue.