In this month’s How-to for Authors, Orna Ross chatted with mystery writer Elizabeth Spann Craig to discover how she's using Wattpad to expand her reader demographic. If you're looking for an uncomplicated and free way of reaching more readers, Wattpad could be the option you're looking for.

Wattpad is a place to discover and share stories: a social platform that connects people through words. It is a community that spans borders, interests, languages. With Wattpad, anyone can read or write on any device: phone, tablet, or computer. via Wattpad About Page

This month's ALLi Insights event was full of information and inspiration about why and how you can leverage your existing content to reach a broader audience.

Listen to or watch the entire ALLi Insights event to put these informational nuggets into context, and pick up more book marketing ideas from Elizabeth about how to reach more readers using Wattpad.

Elizabeth Spann Craig is a Mystery Writer who writes the Memphis Barbeque series for Penguin/Berkley (as Riley Adams), the Southern Quilting mysteries for Penguin/NAL, and the Myrtle Clover series for Midnight Ink independently. She blogs at ElizabethSpannCraig.com/blog.

She curates links on Twitter as @elizabethscraig that are later shared in the free search engine Writers Knowledge Base (which is a search engine for writers). Elizabeth makes her home in North Carolina with her husband and two teenage children. 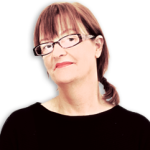 Orna Ross launched the Alliance of Independent Authors at the London Book Fair in 2012. Her work for ALLi has seen her named as one of The Bookseller’s “100 top people in publishing”.

She also publishes poetry, fiction and nonfiction, and is greatly excited by the democratising, empowering potential of author-publishing.

Catch up on Past Events

If you missed our any of our past events you can watch the video or listen to the audio in the Round-up articles on this blog:

Interested in Joining ALLi? Besides being able to submit questions to this monthly Q&A, there are lots of other benefits to being an ALLi Member. Click this banner, to find out more.