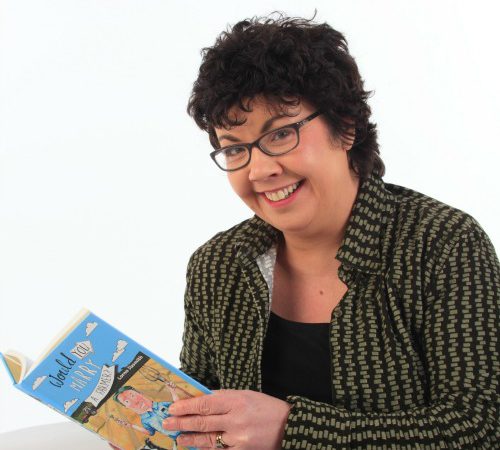 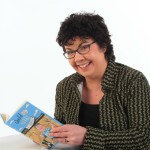 In the run-up to self-publishing her second book, Irish indie author Lorna Sixsmith, who self-published her first book on 29th November 2013, reflects on some mistakes she made first time around – so she won’t make them again! 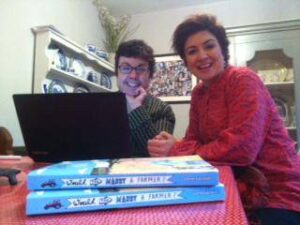 Choosing the optimum time to publish your book is important particularly if you are targeting Christmas gift buyers or summer holiday readers. I ran a crowdfunding campaign during the summer of 2013 and promised my pledgers they would have my book by the end of November, perfect timing for Christmas gifts. As I had only written 10,000 words by the time the crowdfunding ended on 20th August, I had a busy three months! I had a goal to sell 400 by Christmas and succeeded in selling 750.

Lesson Learned:  Although I exceeded my goals by getting the book out for Christmas sales but in hindsight, if I had published it in September, and managed to get it into more shops, my pre-Christmas sales would have been higher. My next book will be out in September. 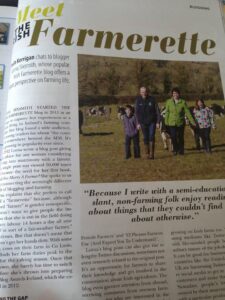 Some of Lorna's press coverage

Quite by coincidence, I heard a farming discussion on a national radio station and as it focused on one of the issues in my book, I posted them a copy. Two days later, I received a call from their researcher interested in interviewing me. On 12th December, I was interviewed by a high profile radio presenter on Ireland’s most popular radio station 2FM.

Lesson Learned: Don’t be satisfied with a couple of press mentions – aim for more. Listen to radio and read newspapers and see if there are any relevant stories that you can ‘piggy-back’ on. 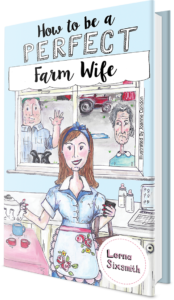 I knew it could be difficult to get a self-published book into bookshops. I had heard sales of 250 copies plus press mentions were an absolute minimum to be considered by the wholesalers. As I had secured sales of 200 via the crowdfunding and I was going to be selling the books from my website, my goal was to sell 400 by Christmas. I knew a few people with small shops (lingerie, farm shop, upcycling shop) and they took my book on a sale or return basis. For some silly reason (probably to do with under-confidence), I didn’t ask any of my local bookshops if they would stock it. As a result, scores of people were going into bookshops after my radio interview and the booksellers didn’t know anything about it. Daft? – yes!

Lesson Learned: I would really recommend contacting wholesalers and local bookshops if you secure a good radio or television interview.

By May 2015, my books were available in all bookshops and gift shops via the two Irish wholesalers, Argosy and Easons. I thought that was all I needed to do. However, a friend in County Clare recently took a box of my books as she was visiting a number of small gift shops, garden centres and farm shops. They took a number of books on a sale or return basis and they are selling.

Lesson Learned: While I won’t drive around the country with the sole reason of visiting small shops, I will be seeking them out when travelling to deliver training and yes, I’ll be asking them if they would like to stock both books. 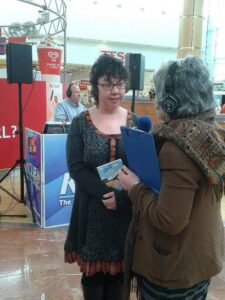 Being interviewed on KCLR 96 FM Radio

I’m pretty good at saying yes to journalists when they contact me for an interview, and I always have high-res images available. After securing a television interview last May, I was asked to do a few radio interviews and that was fine. Then I was contacted by a glossy magazine, the type that include close up shots of attractive people in their beautiful homes. I didn’t say no but I let it drag on and the journalist lost interest. That magazine sells over 30,000 copies each edition and would have a much larger readership than that.

Lesson Learned: Always say yes to journalists when they want to interview you!

OVER TO YOU What lessons have you learned since self-publishing your first book? Join our conversation by leaving a comment!

Lorna Sixsmith has published two books about farming ("Would You Marry A Farmer?" and "How To Be A Perfect Farm Wife") and an ebook providing 365 Social Media Tips. She also teaches eLearning courses at We Teach Social.