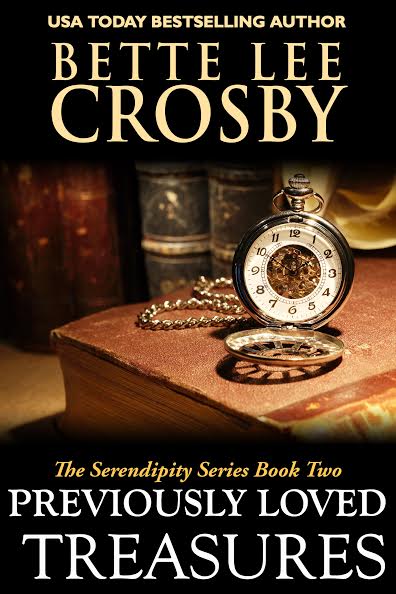 Orna Ross will read from After the Rising and Before the Fall.

Indie Authors Naked Launch: After the Rising/Before the Fall by Orna Ross.

To kick off ALLi's presence at Book Expo America, we would like to invite all our friends to a special launch party. Authors Unbound and IndieReader are joining forces for the launch of Indie Authors Naked – a compendium that defines and explores the world of indie publishing. Orna Ross will be joining Hugh Howey and other contributors from the book for a special night of readings, with Orna reading from After the Rising and Before the Fall.

The exciting, action-packed follow-up to Soul Meaning and the second installment in the award-winning supernatural thriller series Seventeen.

The perfect immortal warrior. A set of stolen, priceless artefacts.

An ancient sect determined to bring about the downfall of human civilization.

When a team of scientists unearth scriptures older than the Dead Sea Scrolls in a cave in the Eastern Desert Mountains in Egypt, a mystery lost to the tides of time is uncovered. Heading the expedition is Crovir noble Dimitri Reznak. But the discovery is spoiled by evidence of looting and half the priceless artefacts Reznak has been seeking for centuries have disappeared.

This is a group where the focus is on the creative aspect of being a writer. I suggest the following structure, but welcome any suggestions to make these sessions as useful to everyone as possible.

The first section, focussed on creative critique, should last about 90 minutes. This will be followed by a looser social networking component where we talk about anything of interest to author-publishers. Ideas discussed here can feed into ALLi’s online Q&A sessions a week later with Joanna and Orna.

We’ll start at 6.30 on 20 May. For the first meeting we’ll be seated at the back of the Star of Kings pub in Kings Cross. A pub quiz will be starting at 8.30 so we need to start punctually. Later meetings will be at the same time on the third Tuesday of every month, but in the upstairs function room, which is quieter.

This pub is just a short walk up the road from King’s Cross-St Pancras station, so it’s very central for public transport.

First meeting at the rear of the pub. Later meetings to be upstairs in the function room.

Dancing Shadows, Tramping Hooves, a collection of short stories with an Irish flavour by Dianne Ascroft, is on a review blog tour until 25th May.

The last few reviews will be posted beginning 19th May. Visit the blog tour site to read the reviews and to enter a draw to win a $25 Amazon gift voucher:

Dancing Shadows, Tramping Hooves is a collection of half a dozen short stories. Tales of outsiders who discover they belong, a humorous slice of life yarn, heart-warming love stories and a tale of taming fear. The shadows are on the wall, in the heart and clouding a woman’s memories while tangible foes tramp through the physical landscape.

Is it possible to conquer the shadows? Find out in these heart-warming tales.

The stories were previously printed individually in a variety of publications, including Ireland’s Own magazine, Dead Ink Books’ website, and the writing collections, Fermanagh Miscellany and Tuesdays at Charlie’s.

A teddy bear must rescue his owner from the boogie man, and he must face his own self-doubt along the way. It's a dark fantasy inspired by Toy Story, David Bowie's Labyrinth, and Choose Your Own Adventures.

An Unchoreagraphed Life : At six years old, Belinda Brabbage has amassed a wealth of wisdom and secret worries. She knows all the best hiding places in her Worlds End flat, how to zap monsters with her pig-shaped torch and that strangers will tempt you into their cars with offers of Fizzy Fish.

Exhausted single mother Alison hasn’t been able to picture the future for some time. Struggling from day to day, the ultimatums she sets herself for turning her life around slip by. But there is one clock she cannot simply re-set.

With options running out, Alison travels to London’s suburbs to consult a blind clairvoyant, who transports her to a past she feels exiled from.

More ‘What Maisie Knew’ than ‘Belle de Jour’, Davis’s unflinching new novel of a mother who turns to prostitution is populated with a deeply flawed and inimitably human cast, whose tumultuous lives are shored up by carefully-guarded secrets.

The Wedding Shroud: A Tale of Ancient Rome will be on sale for 99c in a Kindle Countdown promotion from 15 – 21 May.

In 406 BC, to seal a tenuous truce, the young Roman Caecilia is wedded to Vel Mastarna, an Etruscan nobleman from the city of Veii.

The fledgling Republic lies only twelve miles across the Tiber from its neighbour, but the cities are from opposing worlds so different are their customs and beliefs. Leaving behind a righteous Rome, Caecilia is determined to remain true to Roman virtues while living among the sinful Etruscans. Instead she finds herself tempted by a hedonistic culture which offers pleasure and independence to women as well as an ancient religion that gives her a chance to delay her destiny.

Yet Mastarna and his people also hold dark secrets and, as war looms, Caecilia discovers that Fate is not so easy to control and that she must finally choose where her allegiance lies

USA Today Bestselling Author Bette Lee Crosby debuted her latest novel with an Online Launch Party that indicates Previously Loved Treasures, the second book in her Serendipity Series will follow in the tracks of book one, The Twelfth Child, an Amazon Historical Mystery Bestseller

Less than two weeks after its release Previously Loved Treasures was listed on Amazon’s Hot New Release list, and featured as a Barnes & Noble Nook First.

While book one left readers wondering about the disappearance of $1,000,000 in bonds, Previously Loved Treasures steps in to not only solve the mystery, but give followers the warm-hearted ending Crosby is known for.

Crosby, author of eight novels and winner of fifteen literary awards including the 2013 Royal Palm Literary Award for Women’s Fiction, has carved out a unique niche in writing stories about older women facing real life challenges.

At the 2014 Book Expo America Convention, Crosby is scheduled to be one of the featured authors. On May 29th she will be signing her USA Today Bestseller Spare Change in the Convention Autograph Area at the Javits Center, New York, NY.

I am so happy to let you know that my second publication, a book of art and poetry and stories, has been selected for three prestigious national indie awards this spring!

Here’s what the US Review of Books has to say about it:

Reading Wilson's biography, it creates little surprise that the painter had a positive effect on her world. Wilson's watercolors breathe sun and life onto the page. Most plates are of southern New Jersey with a number of portraits—mostly family sketches—mixed in, but it is her depictions of Cape May's landscape and architecture that form their own facets within the gem of the Jersey shore. Like Matisse's Moroccan period, a definite brilliance and contrast of color exist beneath the wash of light and a touch of abstract.