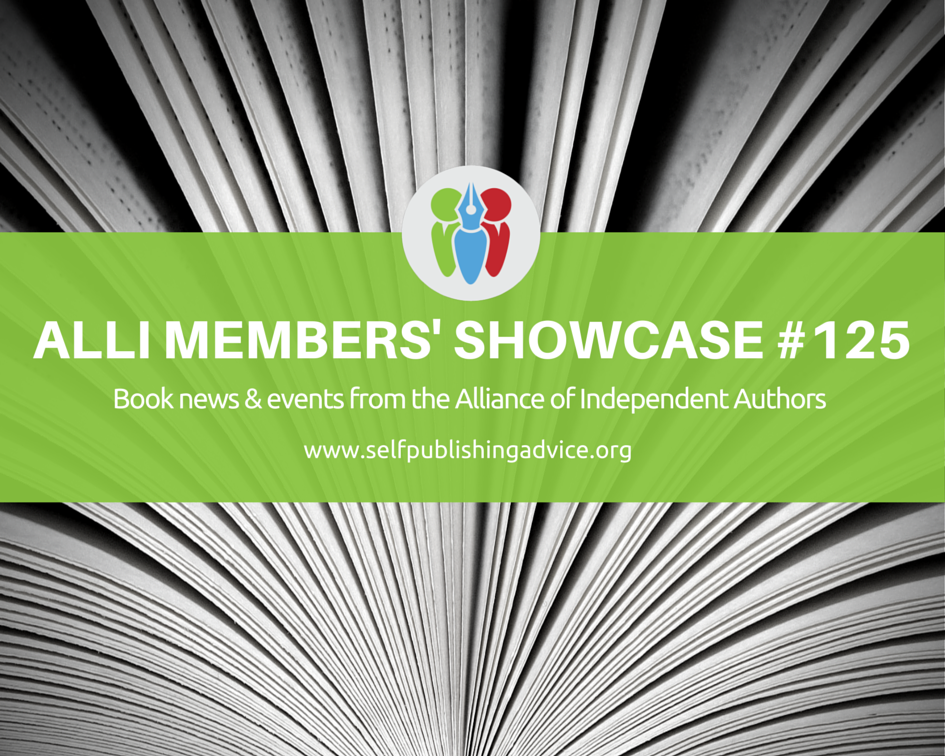 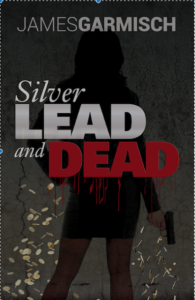 An ex-CIA agent attempts to make amends for his dark past with one last mission to Mexico.

Evan Hernandez feels he has nothing left to lose. Lies and past actions have wrecked his career and caused the death of his family. He sees a chance at redemption when he travels to Juarez to pay a ransom for a family friend.

In Mexico, he unwittingly botches an operation run by a covert para-military organization. The groups aim: to destroy the Eastern Cartel, which is protected by former members of Mexican Special Forces.

Reluctantly Evan is lured back into the underworld of undercover work and the ‘Narco. Nathan the leader of Dark Cloud uses two ghosts from Evan’s past to draw him in. One: an undercover operation involving a soviet vintage sub to the Cartels; a copycat mission that Evan had managed decades earlier. And two: the man who killed his family.

Silver Lead and Dead is fast paced with multiple characters and their stories, all woven together into a final show down. 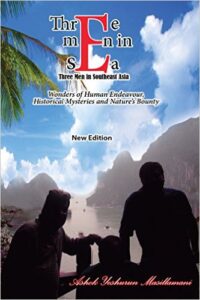 Three men in an attempt to shatter the run-off-the-mill experiences of travel, embark on a quest for adventure of a kind that made them crazy with delight. Three Men in SeA is a delectable record of an enjoyable journey that reveals the joie de vivre of the three comrades on an odyssey in their early twilight years. 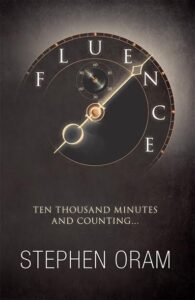 I've just published a new novel, Fluence, which I’m launching in London at the Primrose Hill Community Library (in conjunction with Primrose Hill Books) on 21 July at 7pm – all ALLi members are welcome.

Set in a dystopian London, Fluence is a story of aspiration and desperation and of power seen and unseen. It’s a story of control and consequence. It’s the story of the extremes to which Amber and Martin are prepared to go in these last ten thousand minutes before Pay Day.

Amber is young and ambitious. Martin is burnt out by years of struggling. She cheats to get what she wants while he barely clings on to what he has.

It’s the week before the annual Pay Day when strata positions are decided by the controlling corporations. The social media feed is frenetic with people trying to boost their influence rating while those above the strata and those who’ve opted out pursue their own manipulative goals.

A fast-paced and eerily visual read. Oram offers a glimpse into a dystopian London where social media use moves from mild addiction to a visceral quest for survival, where commodification of experience and shallow responses sound warning bells for our species’ continuance. Current debate about benefits and who’s entitled to support reach bitter depths. Fluence’s mix of characters tumble today’s class system and focus on appearance into a rat race where empathy is rare and no-one knows who is friend or foe, even within their own family. Celia Wade-Brown, Mayor of Wellington New Zealand 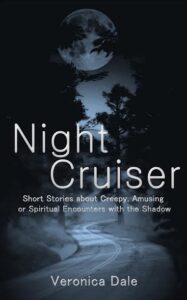 Night Cruiser: Short Stories about Creepy, Amusing or Spiritual Encounters with the Shadow.

Ten short stories show how different people deal with their dark side.

What is “the shadow” they encounter? For lonely Isabel, it's the whisper from the basement that invites her to come on down. For second-grader Emma, it's the tortured spirit that has haunted her family for generations. For the grieving Deacon William, it's the damaged android that frightens visitors in the retreat house halls.

These insightful, award-winning stories have their roots in psychologist Carl Jung's studies of the shadow, in Tolkien's concept of the eucatastrophe, and in the serene faith of the medieval woman mystic Julian of Norwich.

If you're intrigued by the thing that takes shape at the foot of your bed at night, if you enjoy a little sly humor, or if you crave tales that offer hope, take a ride on the Night Cruiser.

Five star ratings on Amazon. “Recommended!” by Bodicia. “5 of 5 stars” on GoodReads. 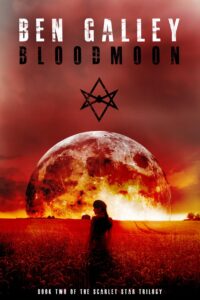 I’m releasing Bloodmoon on the 24th of July

A Bloodmoon is rising…

With Fell Falls put firmly behind him, Tonmerion Hark has only one desire: to make his way east and once again feel the soil of his Empire under his boots.

But blood has been spilt. Machinations of the powerful foiled. Scores have been scraped in the desert sand and now they must be settled. A new power is growing in London, and it pines for revenge.

Now that both Tonmerion and Rhin find themselves being hunted over prairie and wasteland, he and his strange new family put their fate in the hands of a travelling circus, headed straight for the shores of the Iron Ocean, and a ship home.

There is only one truth: all will be settled on the night of the Bloodmoon.

Only 0.99 Cents for a Limited Time

From gorgeous heroes that make us swoon to the super sleuths and feisty heroines that make us cheer, this exclusive collection has something for everyone.

Over 98% off retail for the individual books sold separately (a thirty dollar savings!). Only available until September (so get your copy today).

REBECCA ETHINGTON ~ Monsters are real… Through Glass
RASHELLE WORKMAN ~ Alice is a Dark Moth trainee in Wonderland, Arizona where the days are hot and the guys are hotter. The Dark Moth Society
CINDY M. HOGAN ~ Some secrets are better left dead and buried. Kate Unmasked
ELLE STRAUSS ~ Time traveling is wonky enough… and this time it's worse than ever. Counter Clockwise
CHRISTINE KERSEY ~ College is murder… Witness
JULI ALEXANDER ~ Solving mysteries is in her blood, but it might just get her killed. Paxton Private Investigations
LILA FELIX ~ Fasta is an artist, not by choice, but by force. Sketchy Love
AMBER ARGYLE ~ A storm is raging and not everyone will survive. Of Ice and Snow