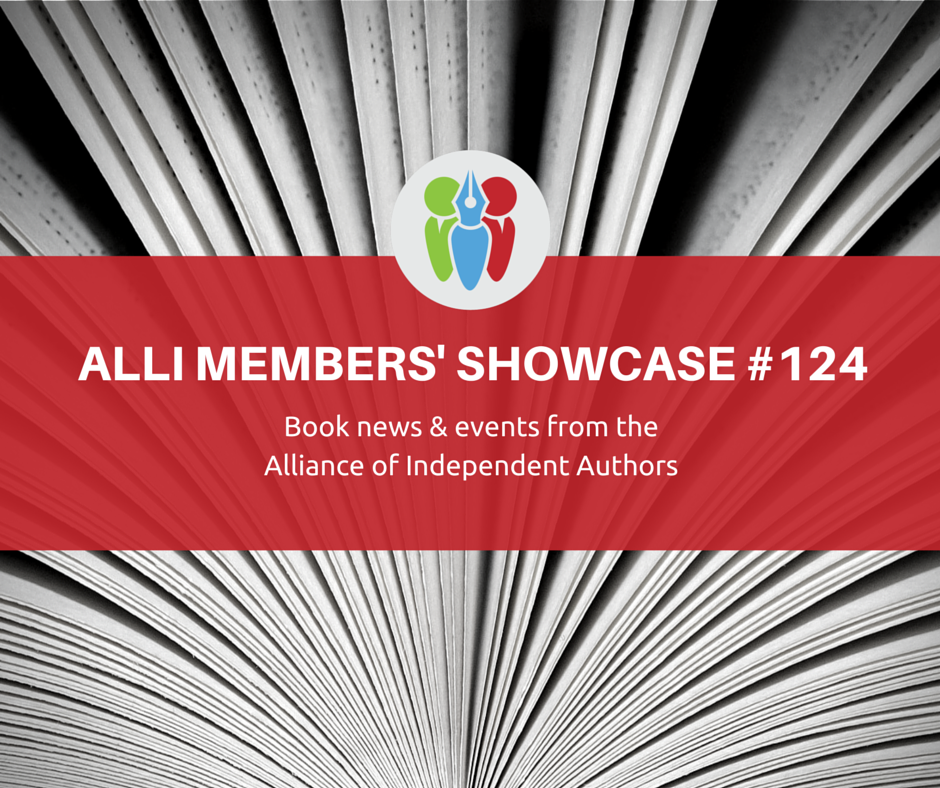 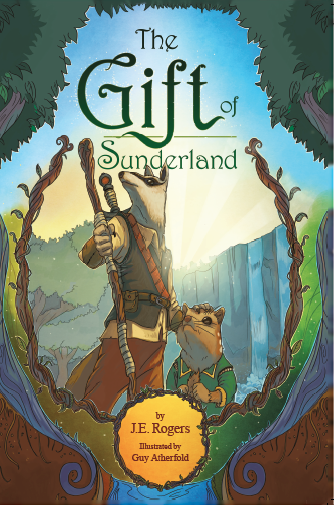 The Gift of Sunderland

The Gift of Sunderland, is the second in a series of books that introduces young readers to endangered animals.

These fast-paced adventures take place in the fantasy world of Sunderland. Reminiscent of Australia, readers will meet such unusual animals as a Dibbler, a Numbat, a Tasmanian Devil, and more. If you love animal stories these should be on your ‘to read' list.

The prose and plot is just beautiful—I would happily recommend this to anyone. Judge, Benjamin Franklin Digital Awards

5 Star Editorial Review- Readers’ Favorite -The Gift of Sunderland: An Australian Fantasy Adventure is epic fantasy at its finest, and its most highly recommended.”” Readers' Favorite Review 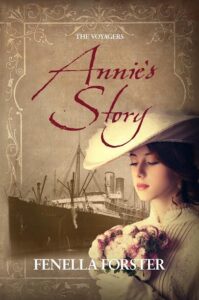 ‘We're going to Australia to better ourselves, Annie.'

Hearing those words from the lips of her fiancé, the dashing Ferguson, housemaid Annie's heart is filled with both excitement and trepidation at the thought of leaving England and her family to sail with him to a new life on the other side of the world.

But Australia doesn't turn out to be the land of Annie's hopes and dreams when she discovers that those closest to her have betrayed her.

However, Annie unexpectedly encounters Alexander Townsend again, the handsome doctor she met on the voyage to Melbourne. Although she tries to deny it, when Annie looks into Alex’s eyes she can’t help wishing there might be a second chance of happiness for her. But she’s a married woman with a secret nobody must uncover…least of all, Alex. 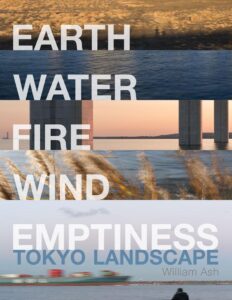 Earth, Water, Fire, Wind, Emptiness is a homage to a city William Ash called home for ten years. Returning to Tokyo in 2014, Ash captured an intimate portrait of this complex metropolis.

Starting from the simple question of what is the natural landscape of Tokyo, Earth, Water, Fire, Wind; Emptiness reveals the layers in space and time that make up one of the most artificial topographies in the world.

The images weave a beautiful and quiet narrative of this remarkable city. 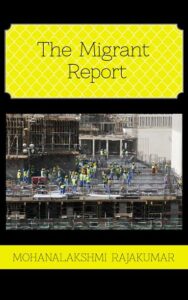 Against the glittering high-rises of the capital, Manu, a recent arrival from Nepal, drips his days away on a construction site, cut off from the world outside the labor camp. His sister despairs of finding him among the thousands of migrant workers flooding into the Arabian Gulf to build the country’s infrastructure.

Police captain Ali's hopes of joining the elite government forces are dashed when his childhood deformity is discovered. His demotion brings him face to face with the corruption of labor agencies and also Maryam, an aspiring journalism student, who is unlike any local girl he has ever met.

Can the unlikely trio fit the pieces of the puzzle together before agency thugs get to Manu, the burgeoning labor agitator? 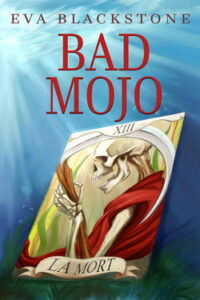 Print and other E-books will be available September 30th.

Twelve-year-old Bobby Thompson wants to be cursed. And not your everyday mad at your neighbor jinx, but a big, fat, hairy curse. The kind of curse that will explain away all the bad in his life.

So he runs away from his foster home in Illinois to find a voodoo priestess in New Orleans and runs into the arms of Hurricane Katrina instead.

The funny thing about curses though, is sometimes they don’t want to be broken, and New Orleans at the end of August 2005 is no place for three kids on the run. 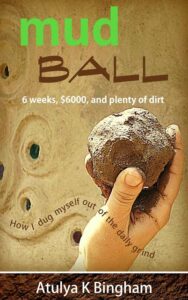 How I dug myself out of the daily grind.

I couldn’t teach another lesson. Nor could I tolerate another day with a boss, a punch card and the indigestion I suffered from bolting my muesli. All I wanted was to be creative and free. This was why I’d spent the past five months camping in a remote Turkish field. I'd rather be a hobo artist than a corporate sell out, I reasoned.

Then the first winter storm crashed through the valley, turning my tent into a canvas pole dancer. As I picked myself from the wreckage, it dawned on me I might need a house. There were only two problems: I had just $6000 left in my account, and 6 weeks before winter.

“A joy from beginning to end – a brave, funny, moving account of building a new life and a new home out of mud in Turkey’s mountain wilderness. Atulya’s writing beautifully captures the spirit of the place, the people she meets, and the sometimes terrifying adventure of building a home.” Sara Crowe, author of Bone Jack (Nominated for the Carnegie Medal in 2015).

Mud Ball is currently only available in ebook format. You can purchase it here, and download the first chapter free here.

The print version will be out in August. 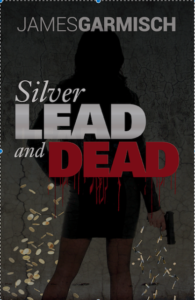 An ex-CIA agent attempts to make amends for his dark past with one last mission to Mexico in James Garmisch’s adrenaline-pumping debut thriller Silver, Lead and Dead.

Evan Hernandez feels he has nothing left to lose. Lies and past actions have wrecked his career and caused the death of his family. He sees a chance at redemption when he travels to Juarez to pay a ransom for a family friend.

In Mexico, he unwittingly botches an operation run by a covert para-military organization. Evan weighs his options. Should he agree to infiltrate the world of the cartels? Why is the man who killed his family years earlier in Columbia out of prison and in Mexico?

Should he step back into a game that at one time cost him everything? Or will his desire for vengeance lead to his destruction? 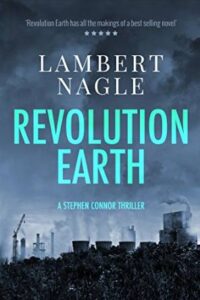 We're-launching Revolution Earth at Barton's Bookshop, a fine independent bookshop in Leatherhead on Saturday 11th July from 10.00 am until 3.30pm.

Barton's is five minutes’ walk from the station and Leatherhead has brilliant connections to London. Would love to see you there!

Stephen Connor, trainee Metropolitan Police detective is first on the scene when a cyclist is killed in a seemingly ordinary hit-and-run.
Just another tragedy on a London street?

Nothing seems to trouble the killer, Big Oil PR Greg Palmer – who treats the incident as a minor inconvenience. The dead girl's soulmate, Cara, has her heart broken at the injustice of a system that allows the killer to walk free. Against a backdrop of London, New Zealand, Antarctica and Australia, the race begins….

Praise for Revolution Earth: ‘impossible to put this book down until you reach an end that will leave you breathless.' Awesome Indies reviewer. 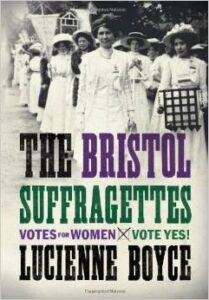 I’ve got a number of suffragette events coming up in connection with my book The Bristol Suffragettes, a history of the militant suffrage campaign in Bristol and the West Country (SilverWood Books, 2013).

On 21 July I’ll be talking about some of the women who campaigned for women’s right to vote at the Women’s Institute, St Andrews Bowling Club in Bristol as part of their “Inspirational Women” night.

On 2 September I’ll be addressing the Henleaze Townswomen’s Guild, and on 21 October I’ll be at Thornbury Library to take part in the South Gloucestershire Discover Festival.

On 17 November I’m addressing the Weston-super-Mare Soroptimist club, and on 25 November I’ll be talking to Alveston Local History Society.

Further details of these and other events can be found on my website. 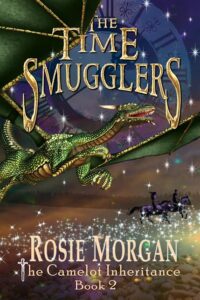 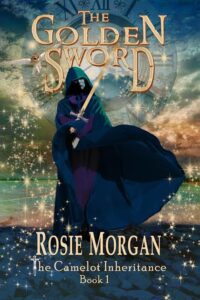 Somewhat surprisingly, I've had both my books nominated for another award

The award is the ‘Holyer an Gof'. It's an award for books which have a link to Cornwall, UK, which also has its own ancient Celtic language – hence the title. Both my books are set there which is why they qualified in the first place.

The Golden Sword and The Time Smugglers have been nominated for the section: ‘Books for Children of Primary age & Young Adults'.

Jessica Bell's latest novel, White Lady, is 2015 Kindle Book Awards Semi-Finalist in the Mystery/Thriller category. Wish her luck to make it to the next round! 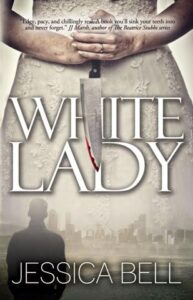